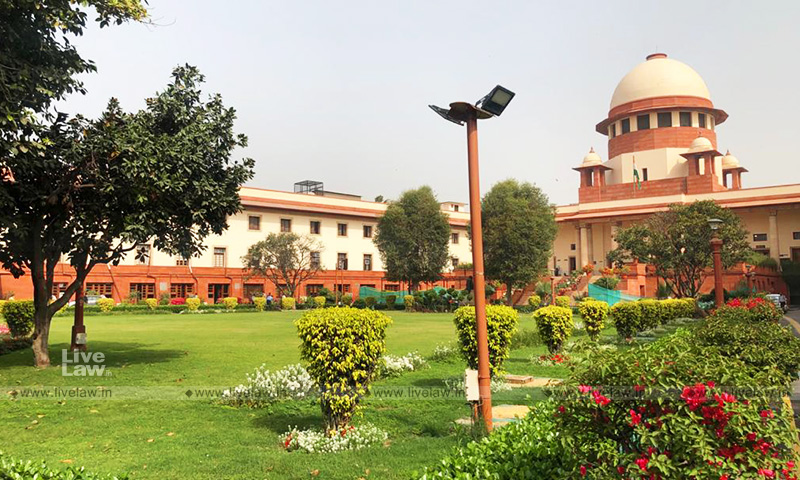 The Supreme Court has sentenced a man to three months' civil prison for contempt of court after he did not pay an outstanding of Rs 2.60 crore along with Rs 1.75 lakh monthly maintenance to his estranged wife. "We have already given (the respondent) a long rope. The respondent (husband) has not utilised the chances so given. Therefore, we punish the contemnor/respondent for...

Subscription starts from
₹ 599+GST
(For 6 Months)
View Plans
Premium account gives you:
Subscribe Now
Already a subscriber?
Login
The Supreme Court has sentenced a man to three months' civil prison for contempt of court after he did not pay an outstanding of Rs 2.60 crore along with Rs 1.75 lakh monthly maintenance to his estranged wife.

"We have already given (the respondent) a long rope. The respondent (husband) has not utilised the chances so given. Therefore, we punish the contemnor/respondent for committing contempt of this court and sentence him to imprisonment for a period of three months in civil prison", a bench of Chief Justice S A Bobde and Justices A S Bopanna and V Ramasubramanian said in a recent order,
The top court noted that the husband has not complied with its order of February 19, giving him a last opportunity to pay the entire outstanding maintenance amount along with the monthly sum fixed earlier by the court.

On February 19, the top court had said a husband cannot abdicate the responsibility of paying maintenance to his estranged wife and gave a last opportunity to the husband, failing which he would be imprisoned.

The man, who claimed to have been working on a project of national security in the telecom sector, had said that he had no money and sought two years' time to pay the entire amount.

The top court had said that the man has lost credibility by failing repeatedly to follow the court's order and wondered how a person with this kind of case was associated with a project of national security.

It had noted that the man has been directed by the trial court and the decision upheld by the top court and the high court to pay money to his wife under two heads which include monthly maintenance of Rs 1.75 lakh and the other is the past arrears of maintenance from 2009 which amounts to approximately Rs 2.60 crore.

The top court had said to his counsel that the husband has not complied with even a single order of courts and if he does not make the payments within two-three weeks, he will be sent to jail.

The wife had filed a case under the Protection of Women from Domestic Violence Act before the metropolitan magistrate court in Chennai in 2009.

The court had allowed the wife to share the house until the husband made alternative arrangements for her permanent residence.

It had directed the husband to pay Rs 2 crore as maintenance to the wife and Rs 3 crore as compensation under different heads.

On the appeal filed by the husband against the order, the sessions court set aside the direction to pay compensation to the wife and reduced the maintenance amount. The appellate court directed him to pay Rs 1 lakh per month towards maintenance from the date of filing the petition which is January 6, 2009 and Rs 75,000 per month for residential accommodation from the said date.

The high court upheld the order of the sessions court on December 2, 2016, after which the husband filed the appeal in the top court, which was dismissed by the top court on October 26, 2017 with a direction that within six months he would pay the maintenance and arrears.

Thereafter a review petition was filed in 2018 by the wife and the husband was directed to clear the arrears of maintenance Rs 1.75 lakh by the 10th day of every month.
(With PTI inputs)