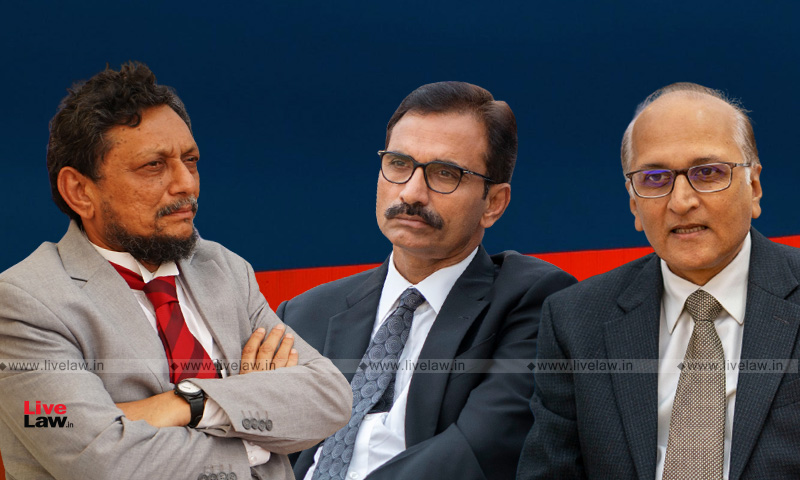 The Supreme Court on Wednesday discussed the feasibility of creating an independent and separate cadre of Judicial Magistrates for monitoring evidence collection during criminal investigation.A bench comprising the Chief Justice of India SA Bobde, Justices L Nageswara Rao and S Ravindra Bhat orally observed that supervision by a Magistrate can ensure fool-proof collection of evidence at...

The Supreme Court on Wednesday discussed the feasibility of creating an independent and separate cadre of Judicial Magistrates for monitoring evidence collection during criminal investigation.

A bench comprising the Chief Justice of India SA Bobde, Justices L Nageswara Rao and S Ravindra Bhat orally observed that supervision by a Magistrate can ensure fool-proof collection of evidence at the crucial initial stages of an investigation.

"There are police investigations, in which the investigating team goes to the scene of the crime, and forgets to pick up crucial evidence.. If a Magistrate is associated with the investigation, there will be a greater sense of responsibility for the police", CJI SA Bode remarked.

The bench made these observations while considering the suo moto case taken to address deficiencies in criminal trial("IN RE: TO ISSUE CERTAIN GUIDELINES REGARDING INADEQUACIES AND DEFICIENCIES IN CRIMINAL TRIALS").

When the bench asked the lawyers appearing in the matter their views on giving more investigative role to the Magistrate, Senior Advocate Sidharth Luthra(who has been appointed as an amicus curiae in the suo moto case) pointed out that the Sakiri Vasu decision recognizes the supervisory role of Magistrate as regards police investigation.

"We were talking about a more intrusive role, like an inquisitorial method", Justice Ravindra Bhat replied.

Luthra expressed that giving vast investigative powers to the Magistrate may create problems.

"We have a system of separation. We don't want to have a situation where Magistrate is committed to the investigation. It may lead to issues".

The bench then clarified that it was talking about a supervisory role for the Magistrate at the stage of evidence collection.

"When the police go to the scene of crime first..that is the crucial visit...if evidence is collected in the presence of Magistrate, it will ensure fool-proof investigation", CJI said.

Luthra replied that it might make Magistrate a witness in the case.

In response, the bench said that even under the existing system, a Magistrate can become a witness in a trial, as regards recording of Section 164 CrPC statement, recording of dying declaration, holding of Test Identification Parade etc.

Senior Advocate R Basant, another amicus curiae in the suo moto case, said that he has "serious reservations" about the proposal.

"The adjudicator and investigator must be separate. The mantle of independent adjudicator will fall", Basant emphasized.

The bench clarified that it was not proposing to make the Magistrate who is hearing the case participate in the investigation and that it was thinking of an independent cadre of Magistrates for investigative purposes.

"It will not be the Magistrate who will hear and judge. We will not do something absurd like that", CJI Bobde said.

"There are some serious cases, where police fail to collect crucial evidence. We need to think of a system...may be a different independent cadre", Justice Bhat supplemented.

"By mixing adjudicators with investigators we will be treading on a dangerous path", Basant cautioned.

The CJI opined that participation of Magistrates in the investigative process is likely to increase the public confidence in the system.

The bench ultimately said that it will take suo moto notice of this issue in another case and will issue notice to States. The bench also said that it will make Senior Advocates Sidharth Luthra, R Basant and Advocate K Parameshwar - who are assisting the court in the present suo moto case- as amicus curiae in the other case as well.

As regards the suo moto case "IN RE: TO ISSUE CERTAIN GUIDELINES REGARDING INADEQUACIES AND DEFICIENCIES IN CRIMINAL TRIALS", the bench reserved orders after discussing the Draft Criminal Rules of Practice framed by the amici curiae.

All High Courts and State Governments submitted their responses to the Draft Rules, as per the earlier directions of the Court. The Draft Rules of Criminal Practice prepared by the amici curiae may be read here.

The bench said that it will approve model rules of criminal practice for adoption by High Courts.