Employee Can't Take Advantage Of His Own Absence For Time When He Was Under Suspension: Supreme Court 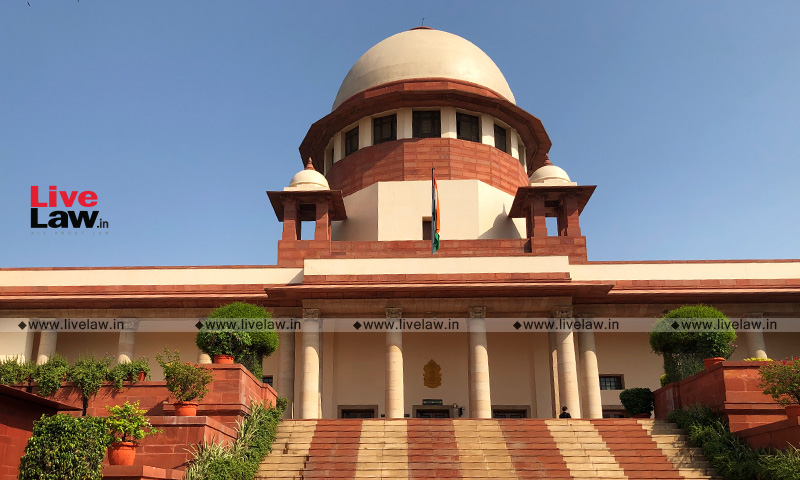 The Supreme Court has observed that it would be absolutely contrary to a service jurisprudence principle if an employee is able to take advantage of his own absence for the period of time when he was under suspension. The bench of Justices SK Kaul and MM Sundresh rendered this observation while considering a Special Leave Petition assailing Jharkhand High Court's order dated May...

The Supreme Court has observed that it would be absolutely contrary to a service jurisprudence principle if an employee is able to take advantage of his own absence for the period of time when he was under suspension.

In the impugned order the Division Bench had affirmed order of Single Judge of allowing respondent's appeal of demanding allowances, benefits and promotion for the period 15.2.1991 till 31.3.2003 (the period during which he was under suspension)

While setting aside the impugned order & allowing the appeal, the bench in their order said,

"It would be absolutely contrary to a service jurisprudence principle if an employee is able to take advantage of his own absence for this period of time. If his grievance was that departmental proceedings were not being initiated despite suspension, he was required to take redressal of his grievances. He did not do so. On the other hand he conveniently remained absent from the same with a result that even the suspension order could not be served on him. That the State of Bihar also did nothing in the matter is another part of the story!"

In the instant case, the respondent (Banaras Prasad) was employed as a clerk in the Health Department of the State of Bihar ("appellants"). He was suspended on December 15, 1991 vide Order of a Civil Surgeon-cum-CMO, Giridih, Giridih but the suspension order could not be served on him as he disappeared from the scene. He also did not agitate his suspension or the consequential inaction thereafter as no departmental proceedings were held possibly on account of his having disappeared from the scene.

When the State of Jharkhand was created out of erstwhile State of Bihar, Prasad's case came into light. The Deputy Secretary, Department of Health & Family Welfare, Government of Jharkhand on January 31, 2003 revoked the suspension order and posted respondent No. 1 as Clerk under Civil Surgeon, Ranchi. Directions were also issued to the Civil Surgeon, Giridih to frame charges and initiate departmental proceedings against him.

On account of absence of vacancy of post, Prasad on May 31, 2003 was posted on the vacant post of Head Clerk under Civil Surgeon, Koderma and he joined on July 4, 2003.

He thereafter started demanding admissible allowances, benefits and promotion for the period 15.2.1991 till 31.3.2003 inter alia on the grounds that no proceedings were initiated against him during that period. He also claimed salary for the period June, 2003 to February, 2004 as per the Last Pay Certificate.

The respondent thereby instituted a writ on the appellant not obliging which was allowed by the High Court of Jharkhand. The order recorded that no departmental proceedings were ever initiated against the petitioner nor he was found guilty for any charge (an aspect undisputedly factually incorrect).

Aggrieved, the appellants even preferred LPA which was dismissed by the High Court on May 9, 2016.

To adjudicate on the issue, the bench noted that the respondent never challenged the order dated May 13, 2015 which was passed after completion of departmental proceedings.

In the said order, respondent was not found guilty of committing irregularities in appointment and misbehavior albeit on account of the relevant records not being found. However, the charge of unauthorized absence from 04.4.1989 to 14.02.1991 and irregular absence from 15.2.1991 to 31.3.2003 (suspension period) continuously for 13 years was proved and the punishment was imposed.

"The aforesaid order has never been assailed by the respondent and the purport of the impugned orders would be to give him the full salary benefits for the complete period of absence, something we cannot countenance," the bench said.

The Top Court had also put to the respondent as to whether he ever reported for work after the suspension order or over this period of time, he challenged the same until revocation of suspension by the State to which the respondent replied in negative.

Remarking that the respondent could not take advantage of his own absence during the period of suspension, the bench proceeded to set aside the judgement.