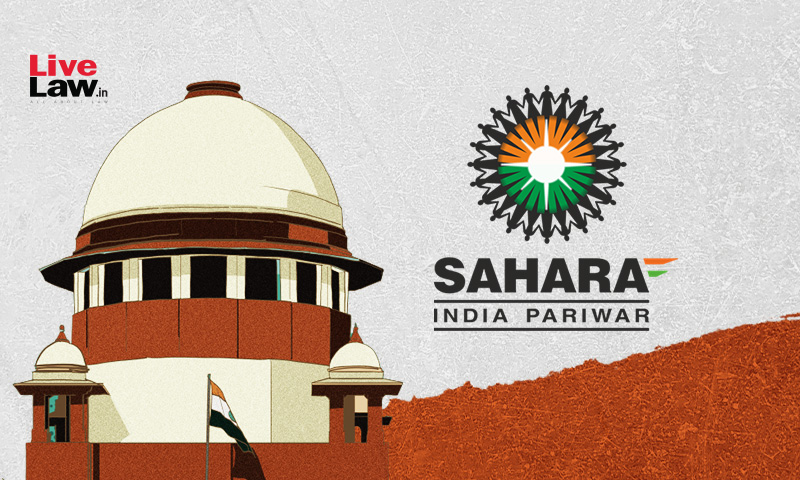 A vacation bench comprising Justices DY Chandrachud and Bela M Trivedi observed that the stalling of the investigation at the interim stage was unwarranted. The bench also requested the High Court to dispose the writ petitions filed by Sahara companies challenging the SFIO probe at the earliest, preferably within a period of two months following the reopening after summer recess.

The division bench of the High Court had recorded three reasons for staying the investigation:

1. Section 212(3) of Companies Act 2013 empowers the Central Government to direct that an investigation be conducted into the affairs of a company within the stipulated period. In this case, the period of 3 months mentioned in the order issued October 2018 has expired.

2. The order issued in October 2020 for investigation into the affairs of 6 companies prima facie appears to be contrary to the provisions of the Section 219 of the Companies Act as these 6 companies are neither holding companies or subsidiary companies or being managed by the Managing Director of the earlier 3 companies under investigation.

3. The orders for investigation do no furnish reasons which compelled the Central Government to initiate investigation

Solicitor General Tushar Mehta, appearing for the SFIO, submitted that it is an investigation into money transactions among layers of companies to the tune of Rs one lakh crore and hence the investigation has been going on for past three years. The SG also took objection to the High Court staying the look out circulars issued against the directors, promoters and employees so that they won't flee the country.

The SG submitted that the provision of Section 212(3) has been held to be directory and not mandatory by the Supreme Court in the case SFIO versus Rahul Modi. Also, the High Court ignored Section 219(c) of the Companies Act.

"This is an extraordinary order to stay the probe...there is no mandate under the law that the probe will come to an end if it is not complete within 3 years", the SG said.

He also submitted that Sahara Housing Corporation Ltd has deposited an amount of Rs 24,000 crores as per the judgment of SC in 2012. Also, from extension orders passed from time to time, it appears that the Central Govt granted extension only with respect to affairs of Sahara Q Shop. He further argued that here is absolutely no material within the meaning of Section 219(c) to indicate the bodies corporate against whom an investigation has been ordered in 2020 comprises nominees of the company or is accustomed to act in accordance with the directions or instructions of the company or any of its directors.

However, it clarified that the order will have no bearing on the merits of the matter.