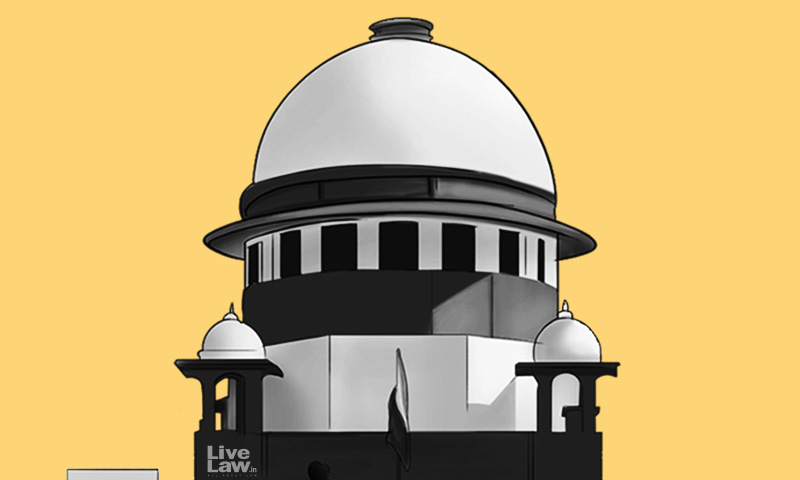 x
The petitioner had claimed that his signatures were taken fraudulently and procedure for the resignation was not followed.

The Supreme Court on Tuesday refused to interfere in Karnataka High Court's order upholding the validity of State Government's order accepting resignation of Dr Sudheendra Rao for the post of Chairman of Karnataka State Pollution Control Board. A bench comprising the Chief Justice of India NV Ramana, Justice Surya Kant and Justice Bopanna was hearing a special leave petition filed by...

The Supreme Court on Tuesday refused to interfere in Karnataka High Court's order upholding the validity of State Government's order accepting resignation of Dr Sudheendra Rao for the post of Chairman of Karnataka State Pollution Control Board.

A bench comprising the Chief Justice of India NV Ramana, Justice Surya Kant and Justice Bopanna was hearing a special leave petition filed by Dr Sudheendra Rao against Karnataka High Court's order, passed in an appeal that challenged the order of a Single Bench dismissing his petition and upholding State Government's order.

A Division Bench of the High Court comprising Justice Satish Chandra Sharma and Justice Vishwanath Shetty had refused to accept Dr Rao's contention that his signatures on resignation were taken fraudulently and procedure for the resignation was not followed.

During the hearing, the Bench was informed by the Petitioner Counsel that complaints have been made to the Bar Council and the State Government against the Advocates who had taken petitioner's signatures on a blank paper.

"You have alleged such mala fide that there was manipulation with connivance of the Advocate and he wasn't made a party to the writ petition?" the Bench said.

"These are serious disputed question of facts what you are arguing, nothing in law that needs to be decided." Justice Surya Kant said.

"That is why I was requesting that in first instance State government out to have directed an inquiry" , the Counsel said.

"After your appointment, how many writ petitions were filed before the High Court that he does not have the qualification for the job! These jobs are now almost become accommodating favourable persons that's all", CJI remarked.

"State Government has candidly admitted that your appointment has been made without following statutory obligations." Justice Surya Kant said.

"You succeed in your criminal litigation", CJI said.

"This case doesn't even deserve half a minute here anymore. We have given you a patient hearing", CJI added.

The bench however granted liberty to the State Government to take necessary action on Rao's representation.

He further contended that on the blank paper the Board's counsel got the resignation typed and submitted it to the Chief Minister and it was accepted by the Government the same day.

The petitioner had argued that the statutory provisions as contained under the Water (Prevention and Control of Pollution) Act, 1974 provides for the resignation of the Chairman and the procedure prescribed for accepting the resignation was not followed. The resignation was addressed to the Chief Minister, hence, it could not have been accepted in the manner and method it has been done by the State Government.

He also raised that an act of Criminal Breach of Trust, cheating and forgery, falsification of documents, etc., were committed by the counsel representing the Board in some of the cases, for which FIR was also lodged and therefore, as forgery has taken place in the matter of his alleged resignation, the order accepting the resignation deserves to be quashed.

The Single Judge after considering all the grounds raised by him had however dismissed his writ petition.

"A person holding such a high post i.e., Chairman of Pollution Control Board will not keep on signing blank papers and delivering it to the people to be misused", the Bench said.

The Bench also took note of another aspect of the case, that Dr Rao himself has accepted in the writ petition that he was informed about his resignation through WhatsApp message on 2.5.2020, therefore, nothing prevented him from filing a writ petition immediately.

"However, he kept quiet in the matter and filed a writ petition only on 10.5.2020. A person who has been cheated and a person who is the victim of fraud will not sit at home to plan a strategy in respect of redressal of his grievances for about 8 days", the Bench had remarked.

The Court also observed that the State Government's order makes it very clear that it has been issued in the name of the Governor of Karnataka, due process of law has been followed and therefore, it is not a case where the Chief Minister has issued the order accepting the resignation of the appellant. The order has been passed in consonance with the Business Allocation Rules, 1977.

Thereafter, the State Government had called upon Dr Rao to not discharge the duties of the Chairman in view of the pendency of the proceedings. After the High Court permitted the State Government to take lawful action in the matter, a show-cause notice was also issued informing him that his appointment as Chairman of the Board is in violation of the Supreme Court's order. However, on account of Covid 19 Pandemic, no final order was passed. The petitioner himself thereafter submitted resignation and was accepted by the State