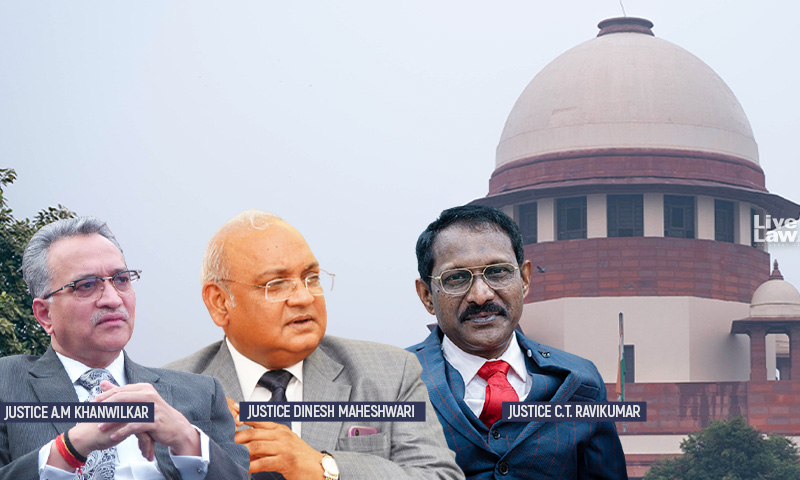 The Supreme Court issued directives in the matter of appointing special teachers to teach Children/Child with Special Needs.The bench was considering a writ petition alleging illegality being committed by authorities in employing such teachers in recognised schools on contract basis without any certainty of tenure . The court issued the following directions:A. The Central Government...

The Supreme Court issued directives in the matter of appointing special teachers to teach Children/Child with Special Needs.

The bench was considering a writ petition alleging illegality being committed by authorities in employing such teachers in recognised schools on contract basis without any certainty of tenure .

The court issued the following directions:

A. The Central Government must forthwith notify the norms and standards of pupil ­teacher ratio for special schools and also separate norms for special teachers who alone can impart education and training to CwSN in the general schools; and until such time, as a stopgap arrangement adopt the recommendations made by the State Commissioner, NCT of Delhi in the case of Ms. Reshma Parveen reproduced in paragraph 51 above;

B. To create commensurate permanent posts as per the just ratio to be specified by the competent authority for the rehabilitation professionals/special teachers who can cater to the needs of CwSN;

C. To initiate appointment process to filling vacancies for the posts so created for rehabilitation professionals/special teachers for being appointed on regular basis. The same shall be completed within six months from the date of this order or before the commencement of academic year 2022­-2023, whichever is earlier;

D. To overcome the shortage of resource persons (rehabilitation professionals/special trained teachers), the training schools/institutions must take steps to augment the number whilst ensuring that the norms and standards specified under the governing laws and regulations including that of the Council for grant of recognition and registration are fulfilled;

E. Until sufficient number of special teachers becomes available for general schools and special supra at Footnote No. 28 schools, the services of special trained teachers can be availed as itinerant teachers as per the SSS within the school block (cluster schools) to optimize the resource persons and as a stopgap arrangement;

The court said that these directives will operate across the country (all States and Union Territories). The State Commissioners appointed under Section 79 of the 2016 Act in the concerned States/Union  Territories have been directed to  forthwith initiate suo motu enquiries regarding compliance and then make recommendation to the appropriate authority (of the concerned State/Union Territory), as may be necessary, so that the authority will be obliged to submit compliance report to the State Commissioner within three months from the date of receipt of recommendation, as mandated under Section 81 of the 2016 Act.