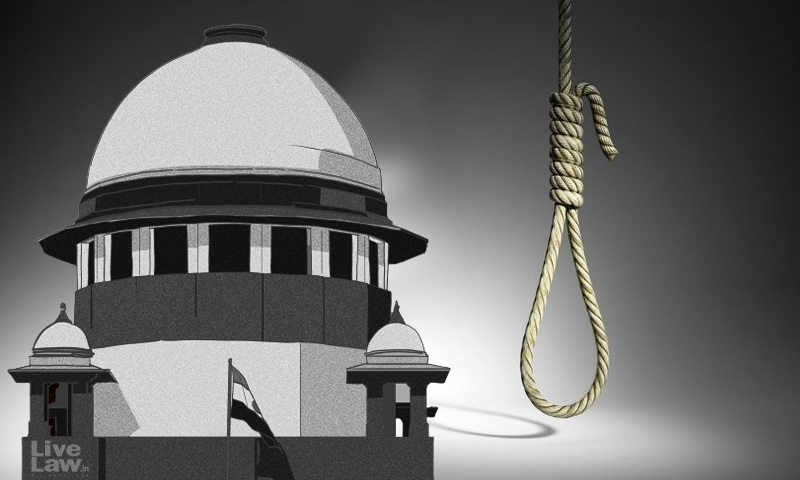 The Supreme Court of India has recently stayed the execution of the death sentence imposed on a man accused of raping a 7-year-old girl in Mandsaur in 2018, pending further consideration of the matter. The Bench has also directed a psychological evaluation of the accused and constitution of an evaluation team for the same.A Bench comprising Justice UU Lalit, Justice Ravindra Bhat and Justice...

The Supreme Court of India has recently stayed the execution of the death sentence imposed on a man accused of raping a 7-year-old girl in Mandsaur in 2018, pending further consideration of the matter.

The Bench has also directed a psychological evaluation of the accused and constitution of an evaluation team for the same.

The case relates to the gang rape and attempted murder of a 7-year-old girl in Mandsaur in 2018, for which two men were awarded death sentence by the Trial Court.

The High Court had confirmed the death sentence awarded to the appellant under Section 376(DB) of IPC (Gang rape on woman under twelve years of age), noting that the prosecutrix, a child of seven years of age was proved to have been subjected to violent gang rape by the accused and inflicted life-threatening injuries were also inflicted.

The Bench has directed the State of Madhya Pradesh to place the report of the Probation Officer relating to the petitioner as early as possible and preferably by 1st March 2022 before the Court.

The Bench has directed that the report of the Jail Administration about the nature of the work done by the petitioner while in jail be placed before the Court by 1st March 2022.

While observing that the interest of justice dictates that the Court obtain a psychological evaluation of the petitioners, the Bench has directed the Director, Mental Care Hospital, District Indore, M.P. to constitute a suitable team for the Psychiatric evaluation of the accused-appellant in this case.

The Bench has asked the Jail Authorities to co-operate with the team of experts for facilitating access and due evaluation of the petitioners in all respects.

The Bench has directed the matter to be listed for final disposal on 22nd March 2022 before the appropriate Court after seeking requisite directions from the Chief Justice of India.

High Court's Order: The High Court in its order had recorded:

The High Court had observed that the appellants in the present case had done all they could to ebb out the life of prosecutrix and had left her thinking her to be dead, but prosecutrix regained consciousness the next day and was saved due to quirk of fate.

The Bench had observed that in the present case, adequate hearing on sentencing has been given to the appellants at the appellate stage as well.

The Bench had noted that the prosecutrix was admitted in serious condition in hospital, she identified appellant through a photo album containing photographs of the appellant along with other persons, and looking to the condition of the prosecutrix, adopting this model cannot be considered to be inappropriate.