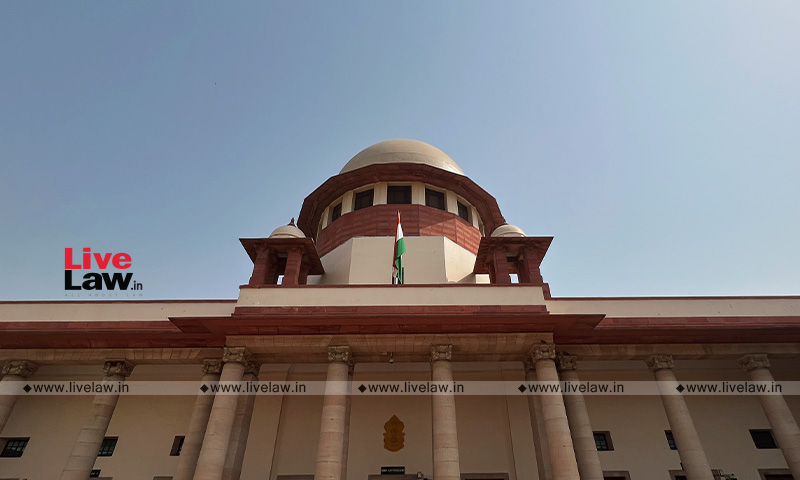 The Supreme Court has granted permission to Ernakulam Principal District and Sessions Judge Honey M Varghese to file a Special Leave Petition challenging a judgment of the Kerala High Court which allegedly made 'unwarranted' and 'unjustified' remarks about her. Justices Vineet Saran and J.K. Maheshwari issued notice in the matter and stayed the observations in paragraphs 19 and 20 of...

The Supreme Court has granted permission to Ernakulam Principal District and Sessions Judge Honey M Varghese to file a Special Leave Petition challenging a judgment of the Kerala High Court which allegedly made 'unwarranted' and 'unjustified' remarks about her.

Justices Vineet Saran and J.K. Maheshwari issued notice in the matter and stayed the observations in paragraphs 19 and 20 of the impugned judgment.

The Special Leave Petition filed through Advocate Liz Mathew elaborates that the petitioner is a judicial officer belonging to the Kerala State Higher Judicial Service, presently serving as the Principal District and Sessions Judge at Ernakulam. Senior Advocate V Giri appeared for the petitioner today.

This order was passed in a transfer petition filed before the High Court by the father of the victim of a political murder seeking the transfer of bail application pending before the Court where the petitioner was the presiding officer. The father harboured a purported apprehension that since the petitioner's father is a member of the political party to which the accused also belongs, he will not get a fair hearing in the bail application. The father also alleged that the petitioner did not direct the supply of copies of the documents to the victim's counsel.

From the records, it was discernible that certain Facebook posts were shown to the High Court to establish that the petitioner has some affinity to a particular political party, yet these posts were not incorporated in the Transfer Petition.  Nevertheless, the High Court concluded on the basis of the allegations and from the Facebook pages that the petitioner herein appears to have an affinity to a political party to which the accused belongs.

The petitioner moved the Apex Court deeply aggrieved by certain remarks made in the judgment of the Kerala High Court, particularly paragraphs 19 and 20 which have been reproduced below for clarity:

"19. From the facebook pages furnished for perusal, this Court has noticed that the judicial officer has some affinity to the party to which the accused also belong. The victim belongs to a rival political party. The court also failed to issue a direction to the learned Public Prosecutor to serve the relevant records demanded by the counsel representing the father of the victim. For a fair hearing opportunity to be afforded, supply of relevant materials if demanded is very much necessary.

The High Court has observed on two occasions that "the victim belongs to a rival political party" thereby implying that the petitioner, a Judicial Officer, is a member of a particular political party inimical to that of the victim's party. The SLP argues that the effects of such observation that the Petitioner is a political person, while unfortunate and possibly unintended, is severely damaging to her career as a judicial officer.

She has also asserted that she has had an unblemished career as a judicial officer spanning nearing a decade and maintained utmost probity and transparency throughout her judicial career.

While clarifying that she moved the SLP obtaining the requisite permission from the Deputy Registrar of the Kerala High Court to take the appropriate legal remedy to expunge the said remarks, the petitioner argued that such observations erode the well-founded public confidence in the Court presided over by the petitioner as one of unquestionable integrity, equity and fairness.

Although she has no grievance or objection to the substantive order transferring the application pending before her court to another court, it was argued that she takes exception to the Court alluding any error in the procedure adopted by the petitioner in her capacity as a judicial officer as indicative of political favouritism - as uncalled for and in any event, unwarranted given the facts of the case.

It has also been submitted that such observations were made based on certain Facebook posts that were neither originating from nor endorsed by the petitioner. According to her, the Facebook posts that led the High Court to infer affinity to a particular political party are posts where she was tagged in and not what she herself posted or endorsed.

The plea further stated that it is only when the judgment of the High Court came to the notice of the petitioner that she accessed her Facebook profile and verified these facts.

The petitioner unequivocally stated that she has no affinity towards any political party and that throughout her career, she had maintained the degree of aloofness consistent with the dignity of the office she holds.

The petitioner submitted that she was before the Court with a clear conscience, praying that the adverse remarks made against her by the High Court in the impugned judgment be expunged.

Notably, the 2017 actor assault case where actor Dileep is the 8th accused is being heard by the petitioner.