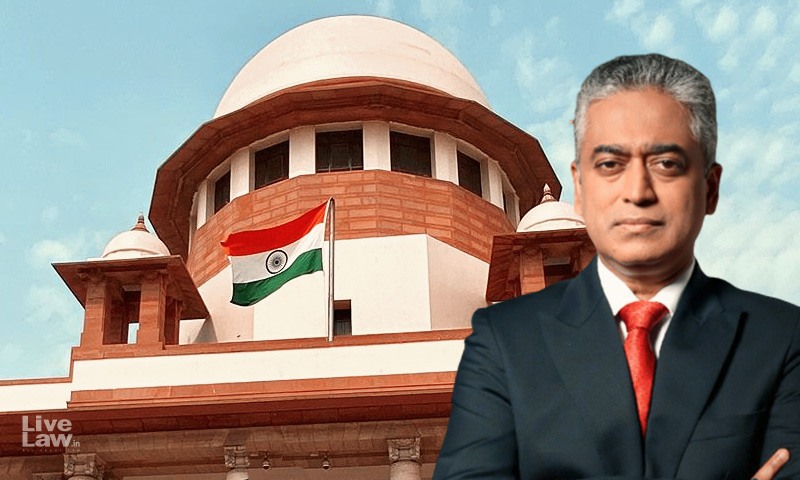 Update at 10.50 PM : No Suo Moto Contempt Initiated Against Rajdeep Sardesai; Case Status Shown Inadvertently, Says Supreme Court[BREAKING] SC sources clarify that no suo moto criminal contempt proceedings have been initiated against Rajdeep Sardesai & that the status of case shown at SC Website as SMC(Crl) 2/2021 has been placed "inadvertently". Appropriate action to rectify the same...

[BREAKING] SC sources clarify that no suo moto criminal contempt proceedings have been initiated against Rajdeep Sardesai & that the status of case shown at SC Website as SMC(Crl) 2/2021 has been placed "inadvertently". Appropriate action to rectify the same is under process.

The Supreme Court has registered a suo moto criminal contempt case against journalist Rajdeep Sardesai on a complaint filed by one Aastha Khurana alleging that some of his tweets scandalized judiciary.

It is pertinent to note that in September 2020, the Attorney General for India, KK Venugopal, had refused sanction to initiate criminal contempt on the same complaint. 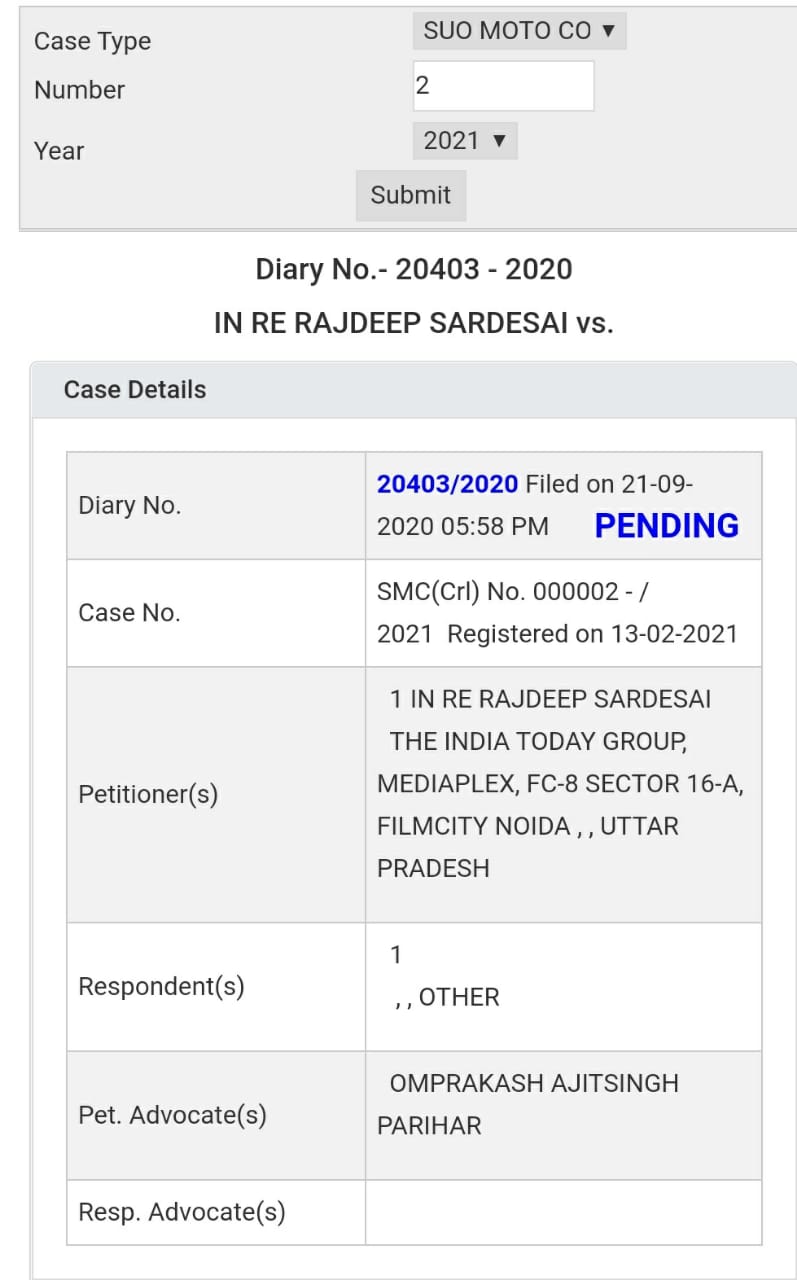 The petitioner referred to a tweet from 31.08.2020, wherein Sardesai had remarked saying "Clearly, court looking to wriggle out of an embarrassment of its own making", in the context of the Re. 1 fine imposed on Prashant Bhushan in his contempt case.

Another tweet from 14.08.2020 was also highlighted wherein it is stated that Sardesai compared the judgment in Prashant Bhushan's case to Habeas Corpus petitions of those detained in Kashmir.

The complaint also refers to a tweet from 2019, in which Sardesai made a comment against former CJI Ranjan Gogi as :"and then one of the judges tell me last week that the Ayodhya case is not political! Would the CJI go to Kashmir too before tackling Article 370 case? You are the CJI Mr.Gogoi, not the DGP!!Not yet at least".

The Petitioner went on to submit that Sardesai is a "well known personally and various people take his statement as true and correct, therefore his statement on the top judicial body of his country indicates a threat to the society, which will lead to no trust on the judiciary and the justice will never deliver to the people because they will look at this Hon'ble Court with a questionable eyes and all the respect of this prestigious institution will vanish."

The Attorney General had opined that the said tweets of Sardesai were not "serious enough to undermine the majesty of the Court".

"Mr. Sardesai's statements are not of "so serious a nature as to undermine the majesty of the Supreme Court or lower its stature in the minds of the public. "The reputation of the SC as one of the great pillars of our democracy has been built assiduously over the last 70 years. Trifling remarks and mere passing of criticism though perhaps distasteful are unlikely to tarnish the image of the institution". AG had said.