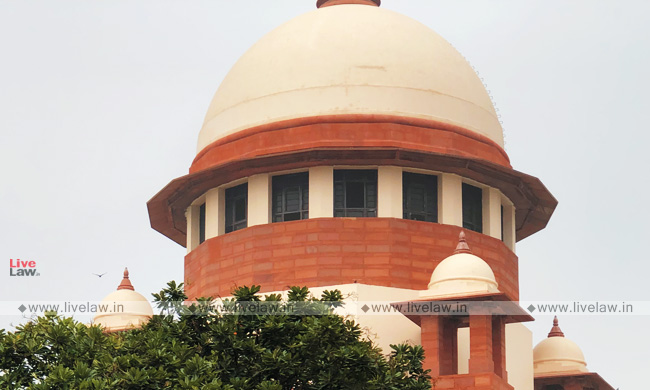 The Supreme Court on Friday issued bailable warrants against the chairperson of an NGO for not depositing the cost of Rs 25 lakh imposed on it for filing 64 PILs over the years without any success and "repeatedly misusing" the jurisdiction of the top court.For wasting judicial time, the Supreme Court had in May, 2017 imposed exemplary cost of Rs. 25 lakh on NGO Suraz India Trust for filing...

The Supreme Court on Friday issued bailable warrants against the chairperson of an NGO for not depositing the cost of Rs 25 lakh imposed on it for filing 64 PILs over the years without any success and "repeatedly misusing" the jurisdiction of the top court.

For wasting judicial time, the Supreme Court had in May, 2017 imposed exemplary cost of Rs. 25 lakh on NGO Suraz India Trust for filing 64 cases in various high courts and also in the apex court.

On Friday, the bench headed by Justice S. K. Kaul noted that the costs imposed on the petitioner of Rs.25 lakhs have not been deposited, that the endeavour to seek a modification of the same was rejected on 05.12.2017.

"Since the costs were not deposited with the Supreme Court Advocates on Record Welfare Trust, the matter was put up this Court and notice was issued on 29.09.2020. The notices were duly delivered at the two addresses on 08.10.2020 and 09.10.2020. The direction made vide the order dated 29.09.2020 to disclose the movable and immovable assets of the petitioner was not complied with, but on the other hand On 16.10.2020, a request was made by the Chairman of the petitioner-Trust (who appears in person) for providing note sheets on the basis with which the directions have been sought by the Registry in the present application", the bench, also comprising Justice Hrishikesh Roy observed.

The bench failed to appreciate the stand of the petitioner-Trust as to the relevancy of the note sheets as all that was required was costs to be deposited by him, which order has not been complied with. "It is thus apparent that the petitioner-Trust and Mr. Rajiv Daiya are playing ducks and drakes with the Court", commented the bench.

Accordingly, the bench issued bailable warrants for production of Mr. Rajiv Daiya in the sum of Rs.25,000/- with one surety of the like amount. The warrants are to be enforced by the local police station and the proceedings will be conducted virtually.

In May, 2017, three-judge bench led by Chief Justice of India (CJI) JS Khehar had also restrained the trust and its chairman Rajiv Dahiya from filing any case, including PIL, in any court.

Directing Dahiya to deposit the amount with a month's time, the bench took it seriously the manner in which Dahiya had even ventured to the residence of Supreme Court judges, including that of the CJI, levelling various allegations against the SC registry staff.

"To stop this practice, we direct Suraz India Trust will not file any case. Rajiv Dahiya was restrained from filing any public cause directly or indirectly...," the CJI bench, also comprising Justice DY Chandrachud and Justice SK Kaul, passed the order after hearing the matter for more than three hours.

The bench took note of all the 64 cases filed by Suraz Trust in which Dahiya has leveled accusations against judges in the name of public cause, but not in a single case, he was successful.

Earlier, the SC had suggested Dahiya to give an undertaking to court not to file any case in court. However, Dahiya requested the court to make him as amicus.

After hearing Dahiya's submissions for nearly two hours, the bench found him to be unqualified to pursue the case as amicus.

Narrating sequence of events and all the cases filed by the trust since 2010, the CJI directed the courts not to entertain the cases.