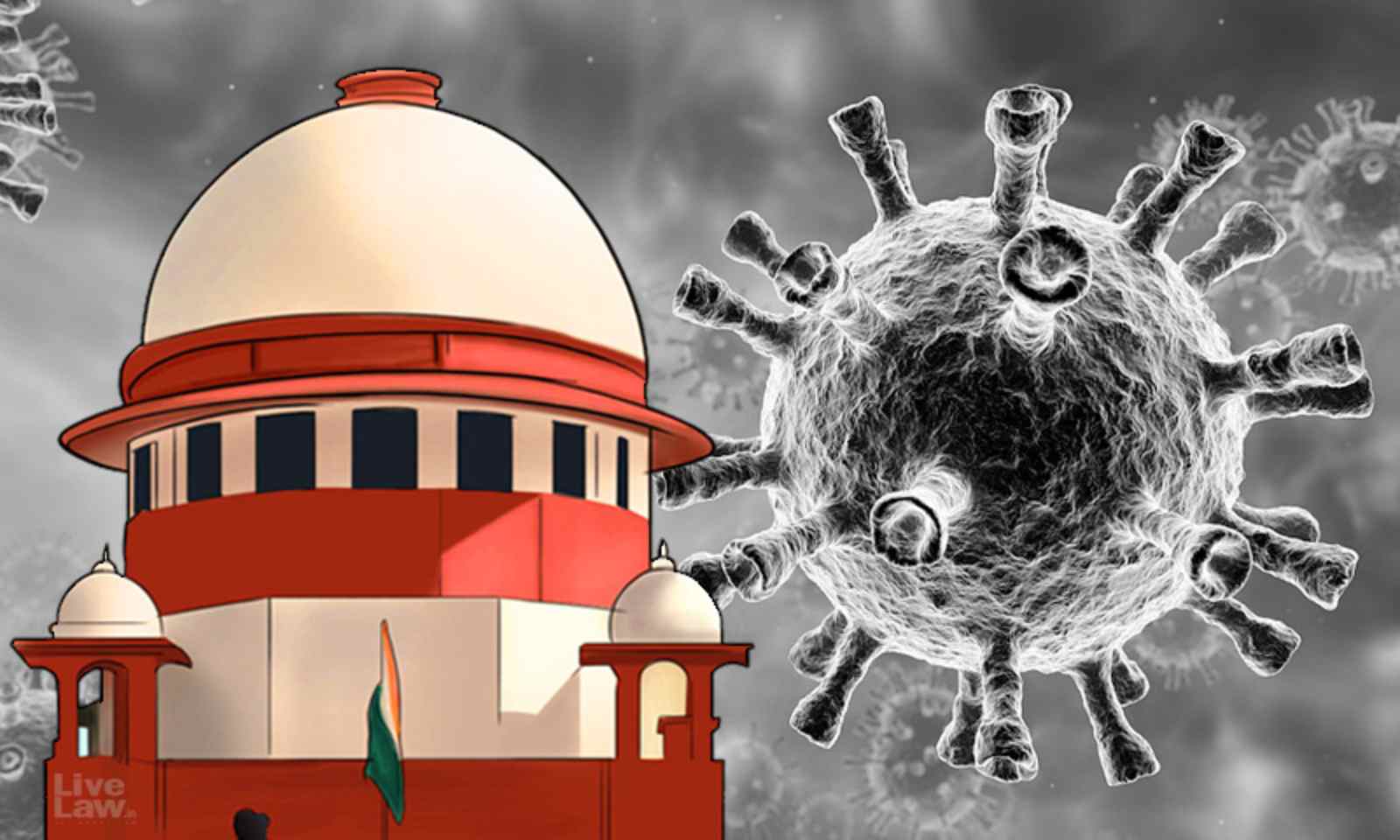 The Supreme Court on Thursday took suo moto cognizance on issues related to oxygen supply, drug supply, vaccine policy in relation to COVID19 pandemic.A bench comprising Chief Justice of India SA Bobde, Justices L Nageswara Rao and S Ravindra Bhat said that notice to the Union of India will be issued today and the matter will be considered tomorrow.Senior Advocate Harish Salve has been...

A bench comprising Chief Justice of India SA Bobde, Justices L Nageswara Rao and S Ravindra Bhat said that notice to the Union of India will be issued today and the matter will be considered tomorrow.

Senior Advocate Harish Salve has been appointed as an amicus curiae in the matter to assist the court.

The CJI indicated that cases pending in High Courts might be withdrawn to SC as different HCs dealing with issues create confusion.

The CJI said that at least 6 High Courts are considering cases related to pandemic management.

"We as a court wish to take suo motu cognizance of certain issues. We find that there are 6 High Courts -Delhi, Bombay, Sikkim, Madhya Pradesh, Calcutta and Allahabad-. They are exercising jurisdiction in best interest. We appreciate that. But it is creating confusion and diversion of resources", CJI Bobde told Solicitor General Tushar Mehta.

The CJI said that the Court was proposing to take cognizance on four points, which are  :

(a) supply of oxygen

(b) supply of essential drugs

(c)method and manner of vaccination.

"We want to issue notice for a national plan on these issues. We will issue notice and keep the matter tomorrow", the CJI said.

At this point, noticing the presence of Senior Advocate Harish Salve in the VC session for another case, the CJI said :"Since Mr. Harish Salve is here, we want him to assist as amicus".

CJI Bobde :These are the four issues on which we want to take cognizance and issue notice.

Since Mr. Harish Salve is here, we want him to assist as amicus.#COVID19 #SupremeCourt

Solicitor General Tushar Mehta asked the bench if it was proposing to stay the proceedings in the High Courts.

Justice S Ravindra Bhat, who was also part of the bench, told the Solicitor General that the Supreme Court was not intending to supersede any order of the High Court at present.

"Mr.Solicitor, you may go ahead and present your plan(before the High Courts). It is not to supersede any order(of High Court) as of now", Justice Bhat told the SG.

However, the CJI added : "May be it is better to report directly to the Supreme Court. We will see that later. Anyway we will issue notice and consider matter tomorrow".

The Solicitor General said that he will intimate the High Courts that the Supreme Court has taken suo moto cognizance of the issues. Incidentally, the Delhi High Court is scheduled to consider today at 3 PM the matter related to oxygen supply in the hospitals in the national capital. In an urgent hearing held yesterday night, the Delhi High Court had emphasized that it was Centre's responsibility to ensure uninterrupted oxygen supply for medical emergency.

The Nagpur Bench of the Bombay High Court had yesterday, in yet another emergent hearing, had interfered with an order passed by the Union Health Ministry to cut down the oxygen supply to Maharashtra. The High Court ordered the restoration of earlier oxygen allocation, notwithstanding the Union Ministry's order.

What the Court said in the order?

The order passed by the bench was released late in the evening.

As per the order, the Supreme Court has issued notice to States, Union Territories and parties who have approached the High Courts to show cause why uniform orders not be passed by the Supreme Court in COVID related issues.

"...we direct that notices be issued to the Union Government, the State Governments/Union Territories and the parties, who appeared to have approached the High Courts to show cause why uniform orders be not passed by this Court in relation to

c)Method and manner of vaccination; and

The Court observed that the orders passed by the High Courts may have the effect of accelerating and prioritising the services to a certain set of people and slowing down the availability of these resources to certain other groups whether the groups are local, regional or otherwise.

"Prima facie, we are inclined to take the view that the distribution of these essential services and supplies must be done in an even handed manner according to the advice of the health authorities which undoubtedly take into account relevant factors like severity,susceptibility, the number of people affected and the local availability of resources", the bench said in the order.

The Court also asked the Central Government to place before it a national plan for dealing with the above services and supplies during Pandemic.

"Prima facie, we are also of the opinion that the Central government should respond on the following -

1. Report on the existence or otherwise and requirement of setting up of a coordinating body that would consider allocation of the above resources in a consultative manner (with the involvement of concerned States and Union Territories).

2. Considering declaration of essential medicines and medical equipment including the above articles as essential commodities in relation to COVID.

3. In respect of coordination of logistical support for inter-State and Intra-State transportation and distribution of the above resources".