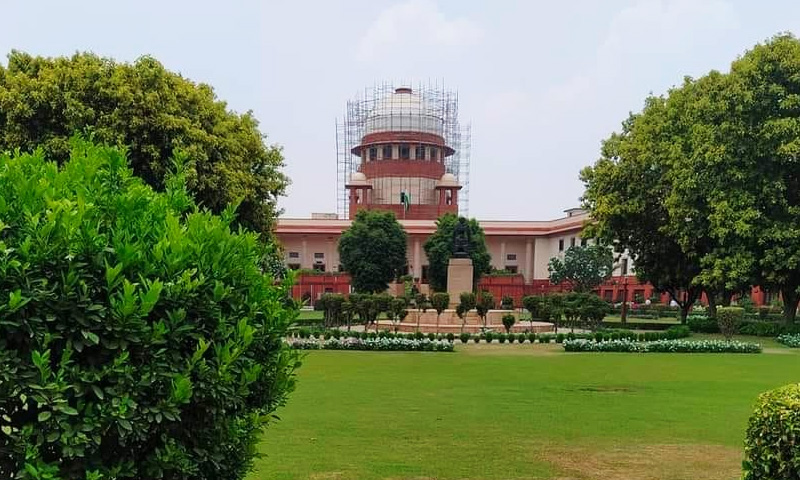 The State of Tamil Nadu has approached the Supreme Court seeking directions to restrain the State of Karnataka from proceeding with any activity in regard to the proposed construction of a reservoir at Mekedatu across the Inter-State river Cauvery. Relief for directing the Central Water Commission to reject and return the Detailed Project Report for the proposed Mekedatu...

The State of Tamil Nadu has approached the Supreme Court seeking directions to restrain the State of Karnataka from proceeding with any activity in regard to the proposed construction of a reservoir at Mekedatu across the Inter-State river Cauvery.

Tamil Nadu Government in the plea has argued that planning of the Mekadatu project by State of Karnataka with a capacity of 67.16 TMC ft. and generation of 400 MW power at a cost of about Rs. 9000 crores are in gross violation of the decision of Cauvery Water Disputes Tribunal dated February 5, 2007 as affirmed by this Hon'ble Court in its judgment dated February 16, 2018 and that permitting any new storage by Karnataka would result in failure of the State of Tamil Nadu in getting its due share of water as per monthly schedule even in normal years and more so in deficit years.

"Karnataka will appropriate the waters to the maximum extent using the additional storage thereby, depriving the lower riparian State of its due share, which is the past experience of Tamil Nadu. Entire object and intendment of the final decision of the Tribunal as modified by this Hon'ble Court is to ensure that the pattern of the release of water to the downstream State to meet the irrigation interests are not jeopardized. The State of Karnataka unilaterally and contrary to the Judgment of this Hon'ble Court, sent a Feasibility Report of the Mekedatu project to Central Water Commission (CWC). The CWC, which is the implementing agency, is bound to honour the Judgment (in particular Para: 441), but instead proceeded to entertain the proposal," plea states.

It has also been averred that the proposed reservoir would result in impounding the flows generated in River Cauvery from the uncontrolled catchment of Kabini sub-basin downstream of Kabini reservoir, the catchment of Cauvery river downstream of KRS dam, uncontrolled flows from Shimsha, Arkavathy and Suvarnavathy sub-basins and various other small streams, which are the sources to ensure 177.25 TMC at Billigundlu.

The State has also contended that the proposed construction by Karnataka would have a cascading effect on the daily and monthly inflows during the crucial months of June to September as stipulated in the Final Order of the Tribunal as affirmed by this Hon'ble Court resulting in prejudicing the livelihood of lakhs of inhabitants of Tamil Nadu depending on the flows from the upstream in Karnataka.

"Any new scheme contemplated should be taken up only with the consent of the other basin States as they are vitally affected by the unilateral action of the upper riparian State. The proposed project would affect the flow of the river Cauvery considerably and will severely affect the irrigation in Cauvery basin of Tamil Nadu," plea also avers.

The State Government in the plea has further averred that in spite of series of correspondence with the Ministry of Jal Shakti, the State of Karnataka and the Prime Minister, the Government of India has not issued any instructions/directions to Karnataka and its instrumentality not to proceed with the project, which is not contemplated in the final decision of the Tribunal.

Contending that the State of Karnataka is even now taking up suo moto projects in violation of the Top Court's judgment dated February 16,2018 without delivering water to Tamil Nadu as per monthly schedule stipulated the plea states that,

"Karnataka has increased the minor irrigation area as reported by it to the Cauvery Water Management Authority in the water year 2020-2021. The extent of permitted area under Minor Irrigation below KRS is only 1,53,120 acres, whereas the extent below KRS is shown as 2,15,319 acres. The total extent of Minor Irrigation permitted by the Tribunal, vide its Final Order dated 05.07.2007, Vol. V @ page 94 and the Judgment of this Hon'ble Court is 3,30,000 acres, whereas the total extent of area under minor irrigation as given in the statement furnished by Karnataka is 3,76,932 acres. Thus, the extent of minor irrigation has exceeded the permitted area and consequently Karnataka has failed to honour the binding judgment of this Hon'ble Court."