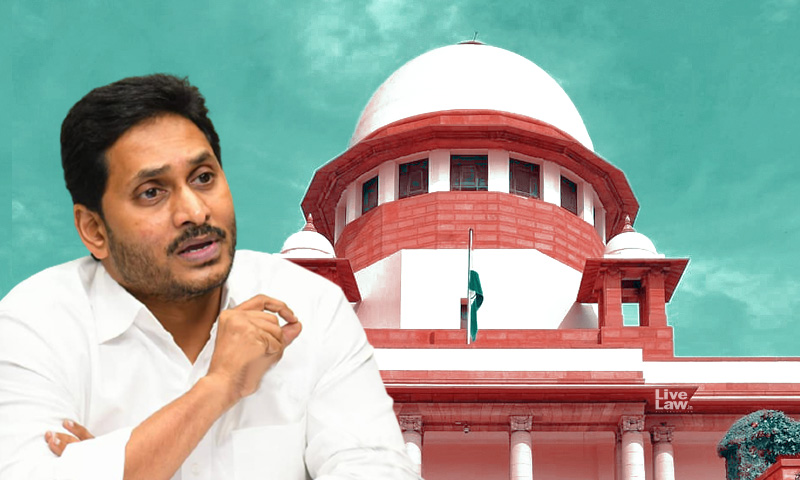 The Supreme Court will hear on 22nd July the appeal filed by the State of Andhra Pradesh to lift the stay imposed by the Andhra Pradesh High Court on the probe into the Amaravati Land Scam case.A Bench headed by Justice Vineet Saran, after hearing the submissions of Senior Advocates Rajeev Dhavan and Harish Salve, proceeded to adjourn the matter to 22nd July. COURTROOM...

The Supreme Court will hear on 22nd July the appeal filed by the State of Andhra Pradesh to lift the stay imposed by the Andhra Pradesh High Court on the probe into the Amaravati Land Scam case.

A Bench headed by Justice Vineet Saran, after hearing the submissions of Senior Advocates Rajeev Dhavan and Harish Salve, proceeded to adjourn the matter to 22nd July.


In today's hearing, Dhavan submitted that the proceedings were not taking place, and that the only request that Andhra Pradesh Government had was for the matter to go back to the High Court and for the investigation to continue there.


"I have gone through the entire case law on this. And the Supreme Court has never stopped an investigation before. This petition is a vengeance petition of a lost election. It talks of despotic rule, nasty Gestapo. How much has this fallen? This is simply unacceptable", stated Dhavan.


In response to this, the Court noted that they were inclined to examine the matter if the Counsels agreed on the same. They sought for Salve's opinion on this issue.


Salve informed the Court that the matter had been pending before the Supreme Court for more than a year and this was a case of "regime revenge".


Dhavan, on the other hand, averred that he was not in the position to seek for the matter to be heard before the Supreme Court and his instructions were that it should be heard by the High Court in detail.


"If it's against an interim order, then you may record that no coercive action may be taken. This SLP is by us, but the short answer to your question whether it should be heard here or by the High Corut, taking all the facts into consideration, it should be remanded to the High Court. They do not want it to be heard here. It is a long-drawn matter", submitted Dhavan.


Salve, however, opposed the same and stated that if Dhavan was pressing the SLP, then it should be heard. Otherwise, the SLP could be dismissed and the matter could be heard by the High Court; the Appellant could not have it both ways.


Dhavan further pressed that the matter should be heard in accordance with the criminal procedure laid down by the Code of Criminal Procedure – "Let the investigation proceed because you will get all the facts then. We have asked the CBI come in. Let the process be done normally. In this case, there should be an oversight of a Judge".


The Bench, accordingly, has adjourned the matter for hearing on the 22nd of July.


The issue relates to the Special Investigation Team probe ordered by the Jagan Mohan Reddy government into allegations of large-scale scam through the sale of lands near Amaravati, in anticipation of the establishment of new state capital there after the bifurcation of the Andhra Pradesh in 2014.

On September 15 last year, the then Chief Justice J K Maheshwari of the High Court had stayed the SIT probe acting on a petition filed by the former Advocate General Dammalapati Srinivas. The High Court also passed a gag order against media reportage and social media discussions on the contents of the FIR.