"You Are The Complainant, Prosecutor, and Adjudicator": Supreme Court Pulls Up UP Govt. For Acting On Recovery Notices To Anti-CAA Protestors 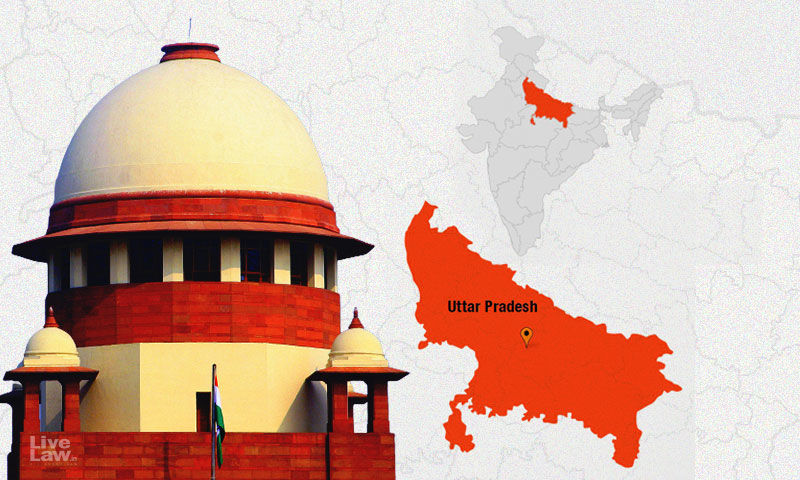 x
"Now, there is no provision in the new law for the transfer of cases which were decided! And no provision for appeal under the new Act! These poor people, whose properties have been attached, will have no remedy!... You have to follow due process of law. Ultimately, there has to be some guarantee of due process also", said the Court

The Supreme Court on Friday pulled up the UP government for acting on the notices issued by district administrations in the state to alleged anti-CAA protestors for recovering losses caused by damage to public properties during agitations in December, 2019.The Court stated that the action of the state was in contravention of the Supreme Court judgments in Kodungallur Film Society (2018) and...

The Supreme Court on Friday pulled up the UP government for acting on the notices issued by district administrations in the state to alleged anti-CAA protestors for recovering losses caused by damage to public properties during agitations in December, 2019.

The Court stated that the action of the state was in contravention of the Supreme Court judgments in Kodungallur Film Society (2018) and In Re: Destruction of Public and Private Properties (2009) where, in the absence of legislation, guidelines were stipulated to assess damages and award compensation wherever a mass destruction to property takes place due to protests.
The Court posted the matter for February 18, granting a last chance to the state to withdraw the proceedings.
The bench of Justices DY Chandrachud and Surya Kant noted that the Uttar Pradesh assembly in March, 2021 passed an Uttar Pradesh Recovery of Damages to Public and Private Property Bill, 2021. Under the law, protesters found guilty of damaging government or private properties (by Claims Tribunals headed by retired district judges) will face imprisonment of one year or a fine ranging from Rs 5,000 to Rs 1 lakh. The Court had earlier observed that in view of the new legislative regime in UP on the subject, the notices can no longer be acted upon.
On Friday, the bench asked Ms. Prashad about the status of the proceedings initiated in December, 2019, prior to the introduction of the legislation.
Ms. Prashad had intimated to the Court that 106 FIRs were registered against 833 rioters and 274 recovery notices were issued. Of the 274 notices, recovery orders were passed in 236 while 38 cases were closed. In response to a query in this behalf from the bench, Ms. Prashad had also revealed that the said orders were passed by Additional District Magistrates.
"All the actions that you took before the Act were in violation of the Supreme Court judgments, and hence, against the law. How could you have bypass the judgment of the Supreme Court?", observed Justice Chandrachud.
"Once we said that it has to be a judicial officer (in Claims Tribunals, to assess the damages on account of destruction due to protest), how could you have appointed ADMs to adjudicate? The guidelines of the court were very, very clear that you will adjudicate on the basis of the machinery stipulated! and these were Article 142 directions which were issued!", continued the judge.
Ms. Prashad indicated that a government order was issued in 2011 for the constitution of claim tribunals pursuant to Allahabad High Court bench of Justice Sudhir Agarwal laying down guidelines to tackle any incident of damage to public property due to agitation/procession (in the matter of Mohammad Shujauddin v. state Of UP in 2010).

"Those directions were supplementary to those of the Supreme Court. Justice Sudhir Agarwal said that the Supreme Court has laid down the law in 'In Re: Destruction of Public and Private Properties'", noted Justice Chandrachud.

"Now, there is no provision in the new law for the transfer of cases which were decided! And no provision for appeal under the new Act! These poor people, whose properties have been attached, will have no remedy!...You have to follow due process of law. Ultimately, there has to be some guarantee of due process also", stated the judge.

Justice Surya Kant also stated, "Have you any respect for Supreme Court orders? You have become the complainant, the prosecutor and the adjudicator and you have passed orders? Is it permissible? 236 notices in a state like UP is not a big thing. They can be withdrawn with one stroke of a pen. If you are not going to listen, then we will tell you how the Supreme Court judgments have to be observed"

"Then that entire exercise carried out in December, 2019 has to be quashed, and you may be at liberty to take recourse to the new law. You consider how you want to proceed", continued Justice Chandrachud.
The bench then posted the matter for February 18, granting time to the state to act in accordance with its observations.
Background
A plea was filed last year before the Supreme Court, seeking to quash the notices issued by the District Administration of State of Uttar Pradesh to recover damages for the public loss caused to public property from alleged Protestors on account of December 2019 protests against Citizenship Amendment Act, 2019 and NRC.

The impugned notices were issued pursuant to the 2010 verdict of the Allahabad High Court in Mohammad Shujauddin v. State of UP, Writ – A N0.40831/2009, whereby it was held that in case of destruction of public property, a competent authority nominated by the government has to assess the damages and receive claims from the public.

The petition filed by Advocate Parwaiz Arif Titu states that the said order of the high court is in violation of the guidelines passed by the Supreme Court in In Re: Destruction of Public and Private Properties v. Govt. of Appellant, (2009) 5 SCC 212.

In that judgment, the Supreme Court had issued guidelines stating that in absence of State Legislation to recover such damages on account of violence, the High Court may take cognizance of incidents of mass damages to public property on its own in suo moto action and set up machinery to investigate and award compensation. The guidelines state that a sitting or retired High Court Judge may be appointed as a Claimed Commissioner to estimate the damages or probe liability. Such a Commissioner can take evidence on the instructions of the High Court. Once the liability assessed, it will be borne by the perpetrators of the violence and the organizers of the event.

This according to her has serious implications. "The Judicial oversight/Judicial security is a sort of safety mechanism against arbitrary action. This means that there is every chance that the Ruling Party in the State could go after its Political opponents or others oppose to it to settle scores," he said.

The Petitioner has further pointed out that the notices have been issued in a very arbitrary manner since no details of FIR or any criminal offences have been made out against the persons to whom the Notices have been sent. In fact,

"Police had issued Notice in arbitrary manner against a person namely Banne Khan who died 6 years before at the age of 94 years and also sent Notices to 2 elderly persons who are more than 90 years and this reported Nationwide," the plea discloses.

The Petitioner has also sought directions to institute an independent Judicial Inquiry to probe into the incidents occurred during the protests against the CAA-NRC.

She submitted that in order to crack down the protests against CAA, the Police on the instructions of the UP Administration used disproportionate force and denied public accountability, vitiating the Rule of Law and infringing citizens' Fundamental Rights guaranteed under Article 14, 19, 20 and 21 of the Constitution.