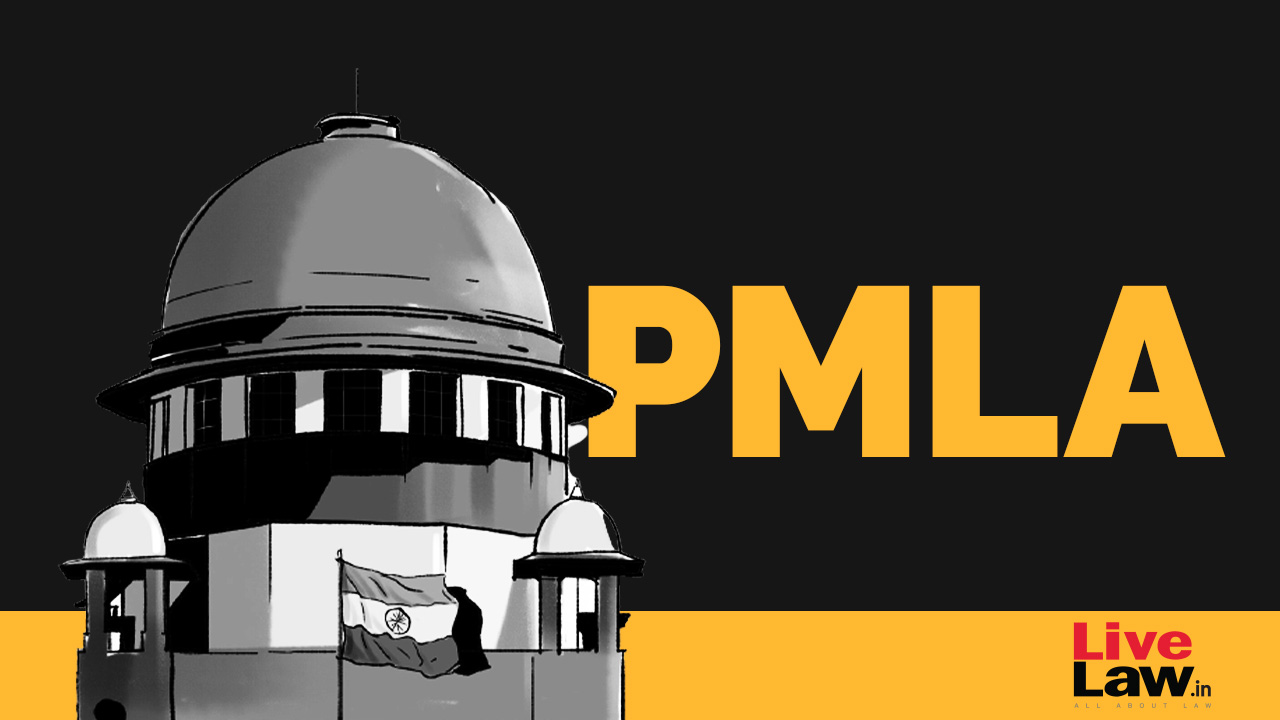 The Supreme Court, on Wednesday, upheld the provisions of Prevention of Money Laundering Act, 2002 which relate to the power of arrest, attachment and search and seizure conferred on the Enforcement Directorate.The Court upheld the constitutionality of the provisions of Sections 5, 8(4), 15, 17 and 19 of the PMLA, which relate to the powers of ED's power of arrest, attachment, search...

The Supreme Court, on Wednesday, upheld the provisions of  Prevention of Money Laundering Act, 2002 which relate to the power of arrest, attachment and search and seizure conferred on the Enforcement Directorate.

The Court upheld the constitutionality of the provisions of Sections 5, 8(4), 15, 17 and 19 of the PMLA, which relate to the powers of ED's power of arrest, attachment, search and seizure. The Court also upheld the reverse burden of proof under Section 24 of the Act and said that it has "reasonable nexus" with the objects of the Act.

The Court also upheld the "twin-conditions" for bail in Section 45 of the PMLA Act and said that the Parliament was competent to amend the said provision in 2018 even after the Supreme Court's judgment in the Nikesh Tharachand Shah case (which had struck down the twin conditions). The bench said that the Parliament is competent to amend Section 45 in the present form to cure the defects pointed out in the Supreme Court judgment.

The Court also held that the ED officials are not "police officials" and hence the statements recorded by them under Section 50 of the Act are not hit by Article 20(3) of the Constitution, which guarantees the fundamental right against self-incrimination. The punishment of fine or arrest for giving false information cannot be construed as a compulsion to give statement. Section 50 procedure is in the nature of an inquiry, not an investigation.

The Court further held that Enforcement Case Information Report(ECIR) cannot be equated with an FIR and that it is only an internal document of the ED. Therefore, the CrPC provisions relating to FIR will not apply to ECIR.

Supplying ECIR is not mandatory and disclosure of grounds of arrest is sufficient. However when person is before Special Court, it can ask for records to see if continued imprisionemt is necessary.

Section 3 PMLA not limited to projection of property as untainted

The Court rejected the petitioners' argument that the offence of "money laundering" under Section 3 is attracted only if the property is projected as an untainted property.

"Section 3 of the 2002 Act has a wider reach and captures every process and activity, direct or indirect, in dealing with the proceeds of crime and is not limited to the happening of the final act of integration of tainted property in the formal economy", the Court held.

The Court also directed the Centre to fill up the vacancies in the PMLA Appellate Triubunal.

The Court has left open the question whether the 2019 amendments to PMLA could have been brought through the Finance Act, and left those issues to be decided by the 7-judge bench which is considering the "money bill" issue.

Issues reaised by the petitioners

The Senior Counsels appearing on behalf of the petitioners assailed various aspects of the statute as it exists today. Apart from the challenges to the statute, it was pointed out that ED officials have secured only 9 convictions after conducting 1700 raids and 1569 specific investigations since 2011. It was also brought to the notice of the Bench that the PMLA Appellate Tribunal is unstaffed. As on 16.02.2022 only one member of the five person committee was serving. It was averred that the non-functioning of the Appellate Tribunal acts as a serious impediment in securing remedy for unjustified attachments made by ED officers.

The Solicitor General, argued that out of 4700 cases investigated under PMLA only 313 arrests have been made and 388 searches have been conducted, which is quite low in comparison to other jurisdictions - UK, USA, China, Australia, Hong Kong, Belgium and Russia. Out of 33 lakh predicate offences that were registered, ED has decided to take up only 2186 cases for investigation, in the last five years.

ED Authorities Are Not Police Officers; Article 20(3) Protection Available Only After Arrest & Not At Summons Stage : Supreme Court