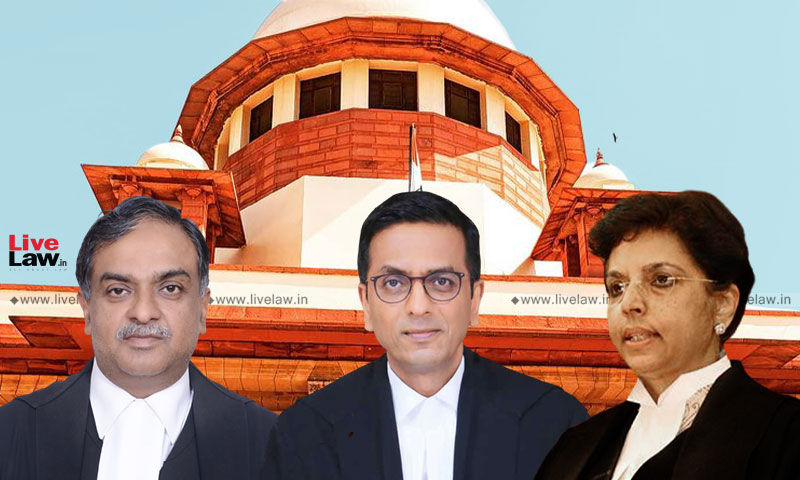 The Supreme Court on Wednesday issued a slew of directions pertaining to the rehabilitation and vaccination of mentally ill persons currently lodged in various hospitals and mental healthcare institutions. The Apex Court directed all States and Union Territories to lay down a time bound schedule for carrying out vaccination of such mentally ill patients as well as the healthcare...

The Supreme Court on Wednesday issued a slew of directions pertaining to the rehabilitation and vaccination of mentally ill persons currently lodged in various hospitals and mental healthcare institutions.

The Apex Court directed all States and Union Territories to lay down a time bound schedule for carrying out vaccination of such mentally ill patients as well as the healthcare professions, hospital staff associated with such institutions within a period of 1 month. Furthermore, a progress report in this regard was directed to be filed with the Union Ministry of Social Justice and Empowerment on or before October 15, 2021 detailing the steps taken and the number of such mentally ill persons vaccinated against Covid-19.

A Bench comprising Justices DY Chandrachud, Vikram Nath and Hima Kohli was adjudicating upon a plea moved by Advocate Gaurav Bansal seeking rehabilitation of thousands of mentally ill patients who are languishing in hospitals or mental asylums. In its earlier order dated July 6, 2021 the Court had directed State of Maharashtra to discontinue the practice of shifting mentally ill patients from medical establishments to beggar homes or old age homes as it was contrary to the letter and spirit of the Mental Healthcare Act, 2017.

On Wednesday, the Bench took into consideration the suggestion put forward by Additional Solicitor General Madhavi Divan and accordingly directed all States and Union Territories to set up within 4 weeks an online dashboard containing information pertaining to the availability of mental healthcare institutions, facilities provided by such institutions, occupancy rates and region wise distribution of halfway homes in the States. The Ministry of Social Justice and Empowerment was directed to provide to the concerned States a format of such an online dashboard.

"Data must be updated on the online dasboard on a real-time basis in a seamless manner", the Bench ordered. Such a direction was issued so that the States can 'take ownership and strengthen accountability' so that the Court is not compelled to oversee the progress of each and every State government, the Bench noted.

The Court further directed that halfway homes must be established by all States as expeditiously as possible within a period of 6 months. The Ministry of Social Justice and Empowerment was also directed to conduct meetings at least once a month with all States and Union Territories to track the progress of establishment of halfway homes and rehabilitation of mentally ill patients.

On Tuesday, the Bench took on record the status reports filed by the States of Maharashtra and Uttar Pradesh pursuant to its earlier directions. The Bench noted that the steps taken by the State governments 'would not qualify as compliance' and that 'much was left to be desired'.

The Court observed that the Uttar Pradesh government had merely redesignated old age homes in 75 districts as halfway homes and therefore it would not constitute as a valid discharge of duties. Terming such an exercise to be a merely 'lip service', the Bench opined that State governments must establish halfway homes on a more proactive basis and that mere redesignation would not imply compliance.

Referring to the modalities adopted by the State of Maharashtra, the Court noted that the State government had earlier shifted such mentally ill cured persons to beggar homes and old age homes instead of establishing half way homes. Advocate Sachin Patel appearing for the State of Maharashtra apprised the Court that the Chief Secretary had called a meeting on July 23 pursuant to the Court's earlier orders and had identified 7 NGOs wherein such 186 mentally cured persons could be shifted. Further, he informed the Court that 4 divisional halfway homes would be established soon for permanently shifting such inmates.

"Now that the state has woken up, State of Maharashtra is directed to ensure that on or before 30th November 2021, the cured persons are duly placed with institutions capable of meeting such requirements", the Bench ordered.

During the hearing, Advocate Garima Prashad informed the Court that pursuant to earlier orders, the State had relocated 51 such mentally cured patients out of the total 320 patients. Expressing shock at the miniscule number, Justice Chandrachud observed, "51 in entire UP? In one mohalla alone in Varansai, you will find more than 51 such persons".

The Bench further noted that State governments must ensure that their 'ultimate task is to rehabilitate such persons and not merely relocate them'. The Court referred to the Guidelines framed by the Centre in this regard and accordingly directed the States to follow a 'social care model' .

A status report was directed to be filed by the Centre a week before the next date of hearing which is slated to take place during the last week of December, 2021.