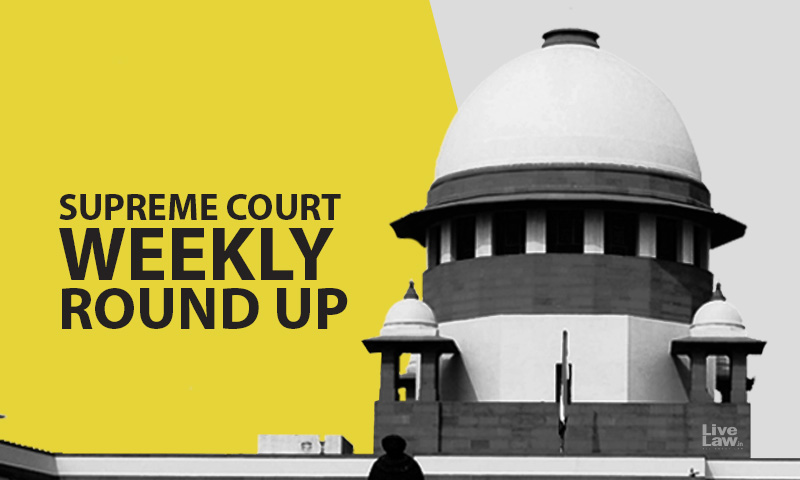 A plea challenging the order of Madhya Pradesh High Court which directed conduct of poll campaigns virtually, without physical gathering has been filed before Supreme Court. BJP candidate Pradyumn Singh Tomar, contesting bye-elections from Gwalior, has moved the top court through Advocate Astha Sharma, contending that the impugned interim order has violated his right to conduct election campaign through physical gatherings as permitted by the Election Commission; Central Government and State of Madhya Pradesh.

The Election Commission has moved the Supreme Court challenging an order of the Madhya Pradesh High Court which put various conditions in holding physical gatherings by political parties for campaigning in assembly bye-polls in the state. The poll panel, which is empowered under the Constitution to take decisions to hold elections, has issued the guidelines to allow limited political assemblies during the campaigning.

The Central Government has filed an affidavit stating that the Ministry of Finance has approved the policy decision for granting various reliefs for Covid pandemic, including a policy decision whereby waiver of interest on interest would be effectuated for eligible borrowers of loans up to Rs. 2 Crore. The eligible borrowers under the scheme shall be on MSME loans, Education loan, housing loans, consumer durable loans, credit card dues, automobile loans, personal loans to professional and consumption loans of up to 2 crores.

The Supreme Court on Monday directed the Nanded Sikh Gurudwara Sachkand Shri Hazur Abchalnagar Sahib Board to approach the Secretary, Disaster Management Department and for the State authorities to hear the plea by tomorrow. A Bench headed by Justice L. Nageswara Rao, was hearing a plea, filed by the Gurudwara, seeks for permission to conduct "Dusshera, Takht Isnan, Deepmala and Gurta Gaddi" procession as the per the three centuries-old custom.

The Supreme Court has stayed an Orissa High Court judgment which banned animal/bird during 'Chatar Yatra' festival. CJI SA Bobde led bench issued notice in the Special Leave Petition filed by one Bhawani Shanker Nial against the High Court judgment passed in January, this year. There shall be an interim stay of the order in the meanwhile, the bench also comprising Justices AS Bopanna and V. Ramasubramaniam ordered.

Noting the submission that the impugned judgment was pronounced on 24th January, 2018 but was uploaded on the Patna High Court website on 1st May, 2019, the Supreme Court on Thursday called upon the Registrar General of the High Court to submit a report on whether the said facts are correct, explaining the reasons for the same. "There is an inordinate delay of 733 days as stated by the learned counsel (not 333 days as set out in the application and the office report)", observed the bench of Justices S. K. Kaul and Dinesh Maheshwari, stating that this aspect be verified by the Registry.

Whether an educational institution or University would be subject to the provisions of the Consumer Protection Act 1986 ? The Supreme Court has issued notice in an appeal filed against a judgment of National Consumer Redressal Commission which raises this issue. The bench comprising Justices DY Chandrachud, Indu Malhotra and Indira Banerjee, while admitting the appeal, noted that there are divergent views of the Supreme Court on this issue.

A plea has been filed in the Supreme Court seeking transfer of petitions pending before the Rajasthan High Court & Delhi High Court which have sought uniform age of marriage for both men & women. Filed on behalf of Ashwani Kumar Upadhyay, the plea states that it has been filed in order to avoid multiplicity of litigations and conflicting views on interpretation of Articles 14, 15 & 21 and judgments involving gender justice & equality.

A proposer who seeks to obtain a policy of life insurance is duty bound to disclose pre existing medical condition to the insurer, the Supreme Court has observed. In this case, the insurance proposal form contained questions pertaining to the health and medical history of the proposer and required a specific disclosure on whether any ailment, hospitalization or treatment had been undergone by the proposer and also a declaration of good health. The proposer answered the queries in the negative, which meant that he had not undergone any medical treatment or hospitalization and was not suffering from any ailment or disease. Acting on the basis of the proposal submitted by the proposer, a policy of insurance was issued to him. One month later, the insured died. The insurance claim made by his mother was repudiated on the basis of the investigation reports which revealed that proximate to the death, the deceased had been suffering from a stomach ailment and from vomiting of blood, as a result of which he had been availing of the treatment at the hospital.

The Supreme Court has allowed the Maharawal Khewaji Trust that manages the ₹20,000-crore worth property of the last ruler of the erstwhile princely state of Faridkot, Harinder Singh Brar, to operate its bank accounts for making payments till the final judgment. On June 1, the High Court of Punjab and Haryana had held that the will of the former Maharaja of the erstwhile state of Faridkot which was made public over 30 years ago, was forged by the persons in-charge at the time in order to plunder the entire estate valued at over Rs.20,000 crores. Justice Raj Mohan Singh in a 547-page judgment declared that the two surviving daughters of the late Raja, Rajkumari Amrit Kaur and Maharani Deepinder Singh were entitled to inherit and share the properties in question. Court also allowed the claim of the late Raja's nephew Amrinder Singh Brar to proportionate share in the Raja's estate.