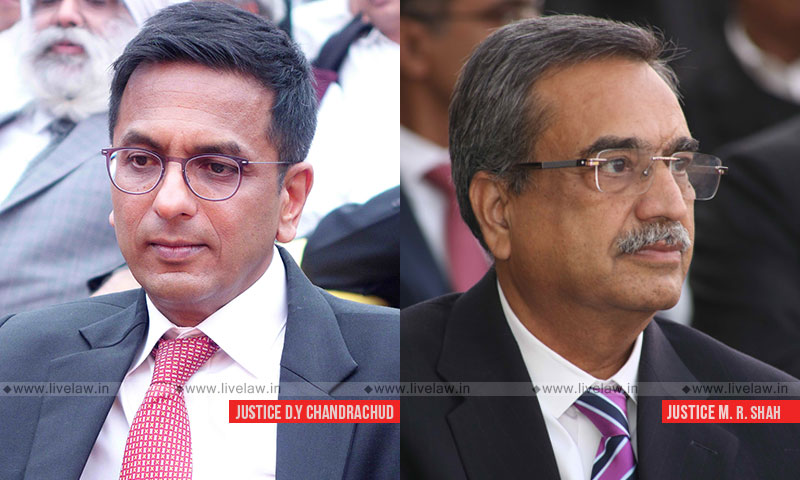 Can a state, in the name of cooperative federalism, enact a legislation under the Concurrent List to occupy the same field that the Parliament has occupied?", asked Justice Chandrachud on Tuesday.

The bench of Justices Chandrachud and M. R. Shah was hearing the plea filed by the Forum For People's Collective Efforts, an umbrella homebuyers association, challenging the constitutional validity of West Bengal Housing Industry Regulation Act, 2017, which is more or less identical to the Centre's RERA. "RERA was in force before the state of West Bengal enacted HIRA. Both HIRA & RERA were enacted to ensure better accountability to consumers and to promote and regulate the real estate sector. 95 to 98%, the WB HIRA is a complete copy-paste of the RERA, but on a few aspects it is in direct conflict with RERA. The differences include sale of open car parking spaces as opposed to garages with walls and roofs, the compounding of offences which should be tried by courts and definition of events falling under force majeure", the petitioner has argued. It has been pointed out that despite the field being occupied by the 2016 Central law RERA, the impugned state Act, notified in June, 2018, was neither reserved for the consideration of the President nor was the Presidential assent obtained so as to make it valid under Article 254(2).

"This is the first time it has happened!", remarked Justice Chandrachud.

The judge explained how an inconsistency may result between a state Act and a Central law- "Repugnancy can be by way of a direct conflict, with the Parliament saying 'X' and the state saying 'X minus'. Then, there is occupied field (Article 254(1); if there exists a Central law on a concurrent subject, then a State law cannot override it). And then there is the case where the state enacts a law, not to supplement the Central law, but to do the exact same thing that the Parliament is doing by means of its law..."

"Can a state, in the name of cooperative federalism, by a legislation under the Concurrent List, occupy the same field that the Parliament has occupied? It may be that states are resistant (to intervention by the Centre) in a field that has been historically occupied by them. But can they say, 'You enacted a law, now we will enact a similar law and enforce that and not yours'? Is that really permissible?", asked the judge.

Last week, Justice Chandrachud had expressed that it was "baffling" why a state would make an Act exactly similar to the Central law. "What was the intent of the West Bengal government? No State does that!", he had said.

Justice Chandrachud on Tuesday propounded an interesting theory as regards the purport of a state government in essentially re-enacting the provisions of a Central Act as a state legislation- if it could be to denude the Government of India of its authority under Article 256 over the state.

Article 256 provides that the executive power of every State shall be so exercised as to ensure compliance with the laws made by Parliament and any existing laws which apply in that State, and the executive power of the Union shall extend to the giving of such directions to a State as may appear to the Government of India to be necessary for that purpose.

Justice Chandrachud continued to observe that the state government then cannot reduce the Act to a dead letter. "If there is a central law in force in a state, the Union of India, in exercise of its executive power under Article 256, can give directions to the state government for its enforcement. Then, the state cannot say, 'Enact the law, we won't make any rules to enforce it'", he remarked.

But, the judge added, where the state enacts a pari materia law under the Concurrent List, the Government of India has no such authority.

"The moment there ceases to be a central law, the Union of India has no such right. Once the state enacts a pari materia law under the Concurrent List, the Government of India has no authority and it becomes the exclusive domain of the state. If it is a state law, the central government cannot require such framing of the Rules", commented Justice Chandrachud.