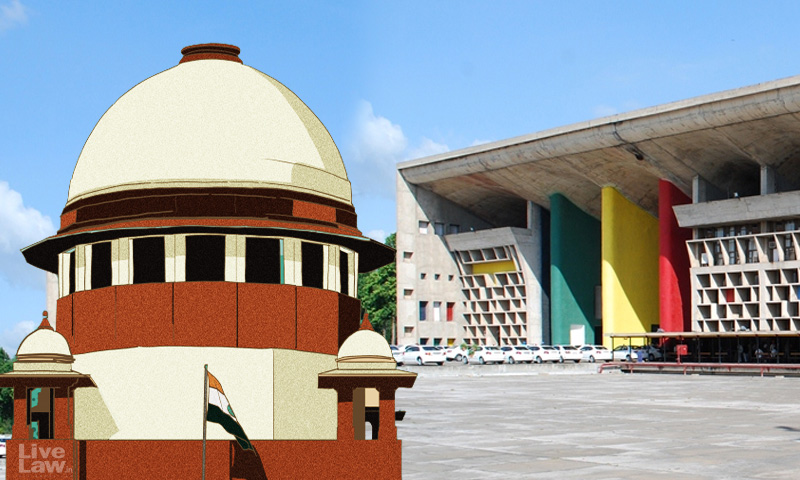 Noting that where the proceedings are pending before it and instead of pursuing them to the logical conclusion, the party chose to institute a fresh writ petition before the Punjab and Haryana High Court, which the High Court has entertained, the Supreme Court expressed concerns of judicial propriety and discipline."The Division Bench of the High Court, in entertaining the petition under 226, ...

Noting that where the proceedings are pending before it and instead of pursuing them to the logical conclusion, the party chose to institute a fresh writ petition before the Punjab and Haryana High Court, which the High Court has entertained, the Supreme Court expressed concerns of judicial propriety and discipline.

"The Division Bench of the High Court, in entertaining the petition under 226, is in the overreach of the Supreme Court. If it happens the next time, I will report it to My Lord Hon'ble The Chief Justice of India", Justice D. Y. Chandrachud had orally remarked on February 13.

The order of the Supreme Court bench of Justices Chandrachud and M. R. Shah records that the respondent is a dealer and an assessee registered under the Punjab Value Added Tax Act. Returns were filed for 2008-2011. In 2018, during the course of regular assessment, an assessment order which was produced by another dealer is alleged to have revealed that a provisional demand of Rs 5,90,53,342 had been settled finally at an amount of Rs 5,000. Based on the discovery, scrutiny of assessment orders which had been passed earlier was carried out by the revenue arm of the State. An internal enquiry revealed that entries of assessment that had actually never taken place had been interpolated into the computer system. As many as 884 entries of assessment were found to be fabricated.

"The case of the department is that the dealers involved in the above set of cases could not have been actually assessed because the computerized system indicate wrongly that they had already been assessed. The department alleges that the enquiry revealed that the purported assessment orders in the case of the dealers involved were fabricated and were probably passed in collusion with the officials of the department and the dealers. It has been alleged that the respondent is one such dealer whose assessment was found to be forged. A complaint was filed and FIR No 3 came to be registered under the provisions of Section 409, 420, 466, 468, 471 and 120B of the Penal Code before the PS: Vigilance", records the order of the top court.

On 1 June 2019, the appellant issued three separate notices of assessment to the respondent under Section 29(2) of the PVAT Act 2005 and under Section 9(2) of the Central Sales Tax Act 1956 for the accounting period 2008-2009, 2009-2010 and 2010-2011. The respondent instituted three writ petitions to challenge the assessment notices before the High Court of Punjab and Haryana. These Writ Petitions were heard and disposed of together with a batch of petitions instituted by other dealers. The assessment notices were set aside by the High Court on 19 February 2020 on the ground that the assessment proceedings were initiated beyond the stipulated period of limitation in the statute.

The judgment of the High Court was challenged before the Supreme Court under Article 136 of the Constitution in SLP. The contention of the State in those proceedings is that since fraud had been perpetrated on the department, the period of limitation which is prescribed in the statute would not govern on the premise that fraud vitiates all underlying proceedings. On 1 December 2020, the top Court passed the following order in the above Special Leave Petitions:

2.  Dasti, in addition, is permitted.

3.  Till the next date of listing, there shall be a stay of the operation of the judgment and order of the High Court dated 19 February 2020."

ii. Alternatively, during the pendency of the present SLP, the petitioner UT may be restrained from proceeding ahead with the assessment notices issued by them pursuant to the order dated 01.12.2020 passed by this Hon'ble Court."

The respondent filed a reply to the notice dated 26 December 2020 on 7 January 2021. On 18 February 2021, an order was passed by which a final opportunity was granted to the respondent to appear in person or through an authorized representative on 1 March 2021.

Order of the Supreme Court

The bench of Justices Chandrachud and Shah noted that the undisputed position which emerges before this Court is that the High Court by its judgment dated 19th February, 2020 quashed and set aside the notices which were issued by the department in a batch of matters including the notice dated 1 June 2019 which was issued to the respondent.

The order records that the respondent took recourse to the pending proceedings before the top court by filing an interlocutory application where two specific reliefs were sought, namely, (i) an order of restraint on the assessing officer from proceeding ahead with the assessment notices; and (ii) alternatively a restraint from proceeding ahead with the assessment notices which were issued in pursuance of the order dated 1 December 2020.

The bench also directed that the writ petition before the High Court shall stand dismissed.