Change In Government Policy, If Reasonable And In Public Interest, Would Prevail Over Individual Interests: Supreme Court Reiterates 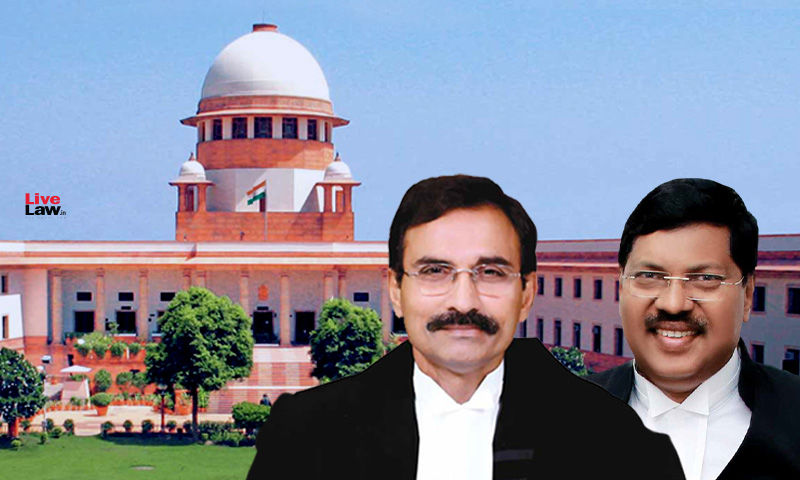 Recently, the Supreme Court reiterated that change in policy by the Government, if guided by reason and done in public interest, would prevail over private agreements entered between Governments and private parties.

"when a policy is changed by the State, which is in the general public interest, such policy would prevail over the individual rights/interests"

A Bench comprising Justices L. Nageswara Rao and B.R. Gavai allowed an appeal filed by the State of Uttar Pradesh assailing the order of the Allahabad High Court, which had set aside its policy decision to issue additional notices seeking additional premium from original allottees of the plots developed by the Yamuna Expressway Industrial Development Authority in Gautam Budh Nagar.

Yamuna Expressway Industrial Development Authority (YEIDA) invited applications for allotment of plots of land acquired by the State of U.P. in Gautam Budh Nagar for public purposes. Subsequently, plots were allotted at a premium of Rs. 1055 per sq. meter.

Concomitantly, the State of U.P. had acquired lands for the benefit of New Okhla Industrial Development Authority (NOIDA) and Greater NOIDA, which was challenged by the farmers before the Allahabad High Court. The Full Bench of the High Court in Gajraj And Ors. v. State of U.P. And Ors. ruled in favour of the farmers. But, considering that the lands so acquired had already been developed and third party rights had been created, instead of interfering with the acquisition it thought it fit to direct the State Govt. to pay additional compensation of 64.7% along with some other benefits. Eventually, the decision of the High Court was affirmed by the Apex Court in Savitri Devi v. State of U.P. And Ors.

Considering the fact that additional compensation was paid to the farmers whose lands were acquired for carrying out developmental work by NOIDA and Greater NOIDA, the farmers whose lands were acquired for YEIDA also raised similar demands, which halted YIEDA's developmental work. In this regard, the State Government constituted a High-Level Committee (Committee), which recommended payment of 64.7% additional amount as no litigation incentive to farmers. The said amount was advised to be reimbursed by the allottees. Accepting such recommendations, the Government issued an Order (GO) on 29.08.2014. In its meeting, on 15.09.2014, YEIDA approved the same. Consequently, additional demand notices were sent to the allottees for additional premium at the rate of Rs. 600 per sq. meter. The allottees approached the Allahabad High Court challenging the additional demand, which held the State policy to be, inter alia, arbitrary and unreasonable.

The Counsels for YEIDA and the State Govt. submitted that the G.O. was a policy decision taken in furtherance of public interest and in consonance with the decision in Centre for Public Interest Litigation And Ors. v. Union of India And Ors (2012) 3 SCC 1, wherein the Apex Court had held that the State is obligated to compensate adequately for transfer of resources to the private domain. It was argued that since the State policy was in the interest of the public, it would override private agreements. Moreover, there were assertions that all the stakeholders, including the representatives of the allottees were heard by the Committee. In fact, allottees themselves had agreed to pay additional compensation so that the developmental work, which was stalled due to agitation, could commence. Furthermore, as per the terms of the lease dead, it could be modified. It was asserted that the policy decision was taken in order to save the acquisition, which was otherwise liable to be set aside. Contention was raised by the appellants that if the allottees were not willing to meet the additional demand they had the option to take a refund with interest, in the alternative.

The Counsels representing the farmers, supported the stand taken by YEIDA. It argued that the builders (some allottees) had already recovered additional compensation from the homebuyers. In such a backdrop, it was averred that not paying the additional premium would amount to unjust enrichment.

The Counsels appearing on behalf of the original allottees contended that their clients had not given an undertaking to pay additional compensation. The term 'modification' in the lease deed was restricted to clerical error. It was urged that the decision in Savitri Devi v. State of U.P. And Ors. was in the peculiar facts of the said case and not a decision in rem. It was submitted that unlike in Savitri Devi's matter, in the present case there is no application of Section 17 or Section 5A of the Land Acquisition Act, 1894, as the acquisitions were by private negotiations. It was argued that the YEIDA was not entitled to unilaterally change the terms of the lease deeds.

On behalf of Supertech Limited, it was pointed out that NCLT had already admitted a petition filed under Section 7 of the Insolvency and Bankruptcy Act, 2016. The individual plot owners argued that they belong to the middle class section of society and should not be asked to pay the additional premium.

The Court noted that though in Savitri Devi (supra) the Court had noted that, the decision of the High Court in Gajraj (supra) being in the specific background of the matter would not serve as a precedent, subsequently in Apex Court in Greater Noida Industrial Development Authority v. Savitri Mohan (Dead) Through Legal Representatives And Ors. (2016) 13 SCC 210 had followed the principle laid down in Gajraj and Savitri Devi. It had held that to balance equities, higher compensation can be directed to be paid.

It was taken note of by the Apex Court, that builders (some allottees) had sent representations to YEIDA saying that the farmers' agitation had stalled their work and they were willing to accept any decision arrived at by the authorities on compensation to be paid to the farmers. It was further noted that 98.5% of the individual plot owners had voted in favour of paying the additional premium. The Court observed that once YEIDA apprised the Govt. about the same, it constituted a Committee, which after elaborate deliberation and after considering submissions made by the stakeholders, including the representatives of the allottees made the recommendation to pay additional compensation and other benefits if the landowners agree to handover physical possession of the land to YEIDA and withdraw all the litigations. The recommendation was also made in view of the stay orders pertaining to the residential plots and the threat of the acquisition getting quashed in those litigations. The Court was of the view that the recommendations so made and the consequent G.O. were in public interest. Citing APM Terminals B.V. v. Union of India And Anr. (2011) 6 SCC 756, it reiterated that change in Government policy has an overriding effect over private agreements between Governments and a private party, if the same is reasonable and in furtherance of public interest. In the present case, the Court reckoned that the policy decision of the Govt. was not only in public interest, but also in the interest of the allottees.