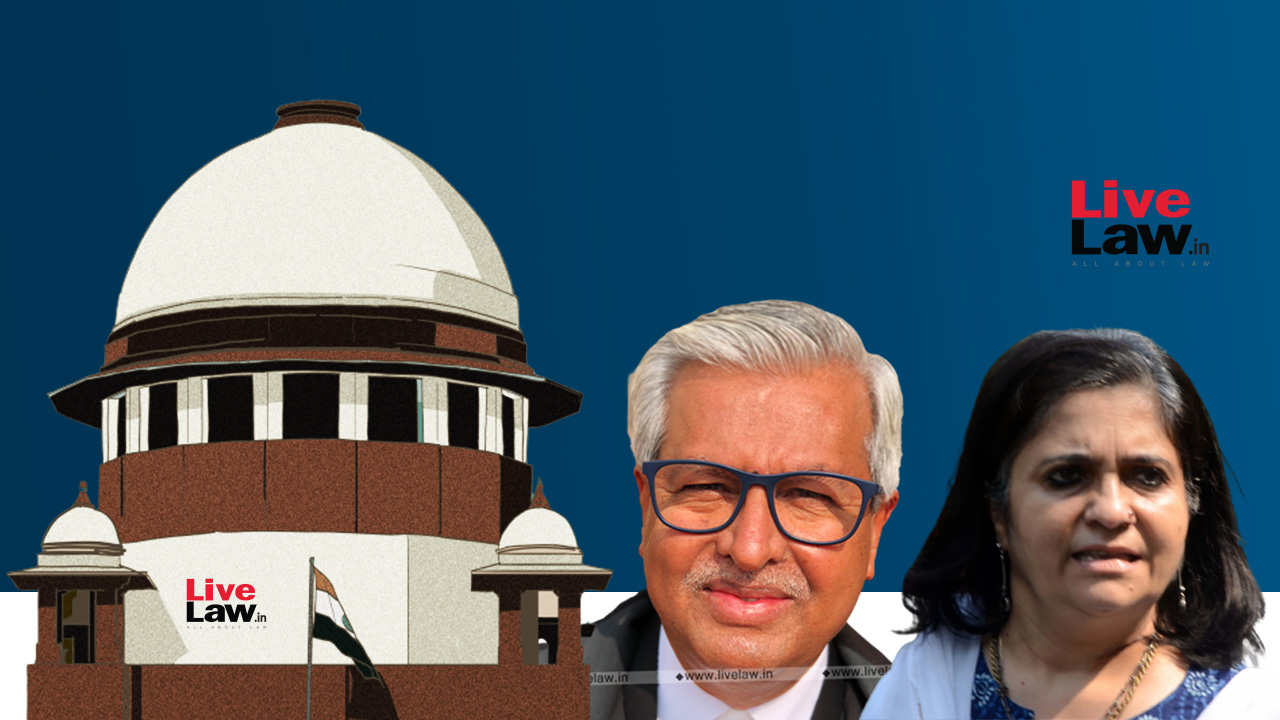 In an interview with LiveLaw, Senior Advocate Dushyant Dave fiercely criticised the Supreme Court's order in the Gujarat riots case(Zakia Jafri versus State of Gujarat), which led to the arrest of social activist Teesta Setalvad and former Gujarat ADGP RB Sreekumar.

While dismissing Zakia Jafri's petition challenging the SIT clean chit to the high state functionaries in larger conspiracy behind the Gujarat riots, the Supreme Court had blamed the petitioners for "keeping the pot boiling" and showing the "audacity" to question the integrity of the Special Investigation Team and observed that "all those involved in such abuse of process, need to be in the dock and proceeded with in accordance with law".

The very next day, the Gujarat ATS arrested Teesta Setalvad, RB Sreekumar and Sanjiv Bhatt (who is already serving imprisonment in another case) in a case taken alleging filing of false proceedings using forged documents in relation to the 2002 riots.

Dave responded strongly to the Supreme Court's order against Teesta and Sreekumar, saying that he was deeply disturbed by it.

Undoubtedly, the police had failed to prevent the Godhra carnage in the first instance. The police should have been careful, they knew that Godhra was a sensitive place, and there were enough indicators that the violence was likely to take place.

If the Godhra violence was not prevented by the police, the police officers who failed to do so should have been proceeded against departmentally, which was never done.

Then the violence takes place, and the fact of the matter is that, under the orders from the highest authorities, the innocent karsevaks who lost their lives, their bodies were taken into procession for cremation into many towns in an open way, as a result of which thousands of people joined the cremation party and after the cremation, the violence broke out immediately.

Any government with sense and responsibility would have ensured that the cremations take place as quietly as possible and the unfortunate kar sevaks are given a respectful cremation as per Hindu rites. Far from doing that, their bodies were allowed to be virtually paraded, and that aroused the passions of people across the state".

The senior counsel further said that soon after the 1984 riots against Sikhs, there was very little assistance from the civil society for the victims, although courageous lawyers like Mr. Phoolka took up their cases. Compared to that, in 2002, the activists came up and really helped the riot victims.

"One of the member who has done wonderful work initially was Mr. Harish Salve himself. In many matters, he was assisting the Court as an amicus in cases related to Gujarat riots. Many riots cases which were closed were reopened. Teesta Setalvad, I know for a fact, was constantly in touch with the SIT and Mr. Salve for a long period of time. She did a remarkable service to the society. For the Supreme Court to order the prosecution of Ms. Setalvad is not only unconstitutional but I would say is highly immoral", he said.

"And it sends a terribly wrong signal. It is not the part of the function of the Supreme Court to have done so. In fact, the Supreme Court should have praised her efforts. It is alright, if she failed to persuade the court to put the blame on a particular political establishment.  Fair enough, the court rightly came to the conclusion that her accusations were not right. But that does not mean that she should be hanged".

"So, this is something which has never been done. The Supreme court has crossed all lines, all limitations and all sense of propriety in ordering prosecution. I feel terribly sorry for the lady, I may or may not agree with what she wa doing, but the fact is, it is very sad to see for us lawyers, when innocent citizens are jailed. And what is this charge that Gujarat was defamed.  No state can be defamed by any individual. After all, Muslims are also citizens of this country. And if one section of citizens is discriminated against by the state, then we have every right to come to their help".

Dave pointed out that he is appearing in cases against "bulldozer" actions of the Government and shared the apprehension that "tomorrow, somebody would suggest that we should all be taken to task"

"I don't think Supreme court has done service to itself and it has done great disservice to itself. I pray that better sense prevails and Teesta and Srekumar are released as quickly as possible. Every day's detention is unconstitutional and it sends a wrong message", he said.

Failure of government in controlling rights is undeniable.

Continuing, he said :"The Supreme Court might be right in saying that there is no conspiracy. Fair enough. But the fact of the matter is that both in 1984 and in 2002, the respective governments of Congress and BJP failed in protecting the lives of thousands of innocent citizens. You can't run away from that. There was a gross failure of machinery in the state of Gujarat in not coming to the aid of people.

I knew within the hours of Godhra carnage that retaliation was going to take place. I myself requested the friends in power those days that please make sure no retaliation takes place and the army is brought as soon as a possible. I did speak to my late friend Arun Jaitley about it. There is no denying the fact that there was a failure by Congress in 1984 and BJP in 2002".

"Every vibrant democracy needs activists, every vibrant democracy needs critics, and everybody needs to stand up against any kind of injustice. If you don't stand up against the injustices to the fellow citizens, someday the injustice will come to us. So it is time that we all stand up and fight against them. And if the Supreme Court thinks that standing up against injustices is a crime, then I think, it speaks very poorly on the part of a great institution which has done some remarkable works. This failure is very very disturbing", he said.

In the 30-minute interview, Dave also discussed the Supreme Court's judgment in PMLA case, issues relating to Master of Roster system, and opaqueness of listing of cases by the Supreme Court registry. The full video of the interview can be watched here.