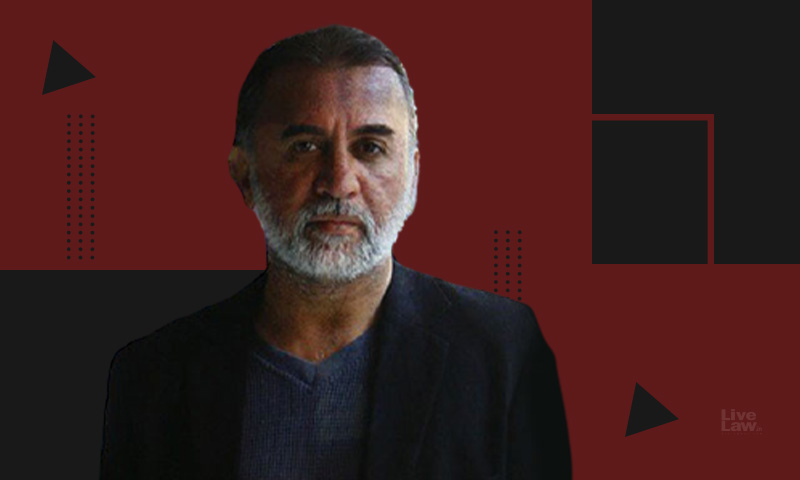 Observing that the Goa police "destroyed evidence" which could have exonerated former Tehelka Magazine editor-in-chief Tarun Tejpal in the rape case against him, a Sessions Court in Mapusa, Goa, granted him the benefit of doubt. In the 527-page judgement made available on Tuesday, the court also said that there was no corroborative evidence to support the...

Observing that the Goa police "destroyed evidence" which could have exonerated former Tehelka Magazine editor-in-chief Tarun Tejpal in the rape case against him, a Sessions Court in Mapusa, Goa, granted him the benefit of doubt.

In the 527-page judgement made available on Tuesday, the court also said that there was no corroborative evidence to support the prosecutrix's allegations.

Special judge Kshama Joshi, who acquitted Tejpal on May 21 observed, "Upon considering the other evidence on record, the benefit of doubt is given to the accused, as there is no corroborative evidence supporting the allegations made by the prosecutrix, and the deposition of the prosecutrix also shows improvement, material contradictions, omissions and change of versions, which does not inspire confidence."

The court criticised the investigating officer Sunita Sawant for viewing the Hotel's first floor CCTV footage but directing her officer only to collect footage from the ground and second floor, to suit their case. The first-floor footage was collected only nine days later due to which the DVR kept in an unsealed room, had no recordings.

"IO viewed CCTV…knowing that the said CCTV footage shows the accused and the prosecutrix exiting the lift during the relevant two minutes on the first floor, and that the same would exonerate the accused, and despite the fact that the DVR containing the CCTV footage could and should have been attached by the IO at the earliest to preserve crucial CCTV footage… the IO appears to have deliberately delayed seizure of the DVR until the 29th (nines days after viewing) and in the meantime, destroyed the CCTV footage for the first floor on November 7, 2013, thereby destroying clear proof of the accused's defence."

The judge said that the IO has committed omissions and commissions, wherein the IO has done no investigation on crucial and vital aspects of the present case.

"The IO has in some cases, such as the CCTV footage of the first floor of block 7 of the Grand Hyatt, entirely destroyed the evidence…" the bench observed.

The IO further made no efforts retrieve the missing first floor CCTV footage from the CFSL, as she knew it was already destroyed, the court noted, adding that the possibility of tampered CCTV footage cannot be ruled out.

"It is not merely a well settled law but a fundamental principle of jurisprudence and of our justice system itself that the Right to Fair Investigation is guaranteed to [an] accused under Article 21 of the Constitution of India," the judge observed.

The court said that during the stop panchnama, the IO failed to ask the woman which button did the accused press on the lift panel to keep the lift in circuit and ensure it didn't stop anywhere between the two floors on the night of the incident.

"This is not a mere detail but the heart of the prosecutions case, since it is the categorical case of the Prosecutrix that the lift door did not open even once during the two minutes of the allege incident and the accused pressed a button on the lift panel to keep it in motion," the court observed.

The IO also didn't bother to verify if the if the elevators doors could be prevented from opening by pressing any of the buttons, the judge noted.

She observed that the IO failed to ask the prosecutrix a very basic question about her location in the lift during the sexual assault.

The judge further said that there were glaring contradictions in what played out on screen and what the woman said in her statement, despite which the IO didn't record her supplementary statement.

"It is crucial to note that the contradictions are often so glaring that the exact opposite of what the prosecutrix is claiming actually happens on the screen, yet the IO didn't even question the prosecutrix on the same," the court observed.

Regarding the contentions that the victim was traumatized after the incident, the Court said that some of the WhatsApp messages showed she had plans to stay in Goa after the official event (organised by the magazine) where the crime was allegedly committed.

Moreover, the woman's mother's statement did not corroborate the woman's trauma claims. The court noted that neither the victim nor her mother changed their plans after the incident.

The court said that despite knowledge that a complainant cannot be the investigating officer in her own case IO Sunita Sawant moved no proposal before her superiors to hand over the investigation to the other female officer.

The IO failed to note that there is an intercom and an stop button to use in case of an emergency situation, the judge said. She added that the IO hasn't calculated the time taken by the lift to reach the ground floor to the second floor.

"It is settled proposition that acquittal of the accused cannot result due to defects in the investigation, the evidences have to be scrutinised independently," the judge noted.

The court finally said that the prosecution has failed to discharge the burden proving the guilt of the accused beyond reasonable doubt.

On Tuesday, the Goa Government also filed a leave to appeal in the Bombay High Court against Tejpal's acquittal.

Tejpal faced trial for offenses punishable under Sections 354 (assaulting or using criminal force on a woman with an intent to outrage her modesty), 354-A (outraging modesty), 341 (wrongful restraint), 342 (wrong confinement), 376 (rape), 376(2) (f) (person in position of trust or authority over woman, committing rape of such woman) and 376(2)(k) (rape of a woman by a person being in position of control or dominance over the woman) of the Indian Penal Code (IPC).