Telephonic Message Which Does Not Clearly Specify The Offence, Cannot Be Treated As An FIR: Supreme Court 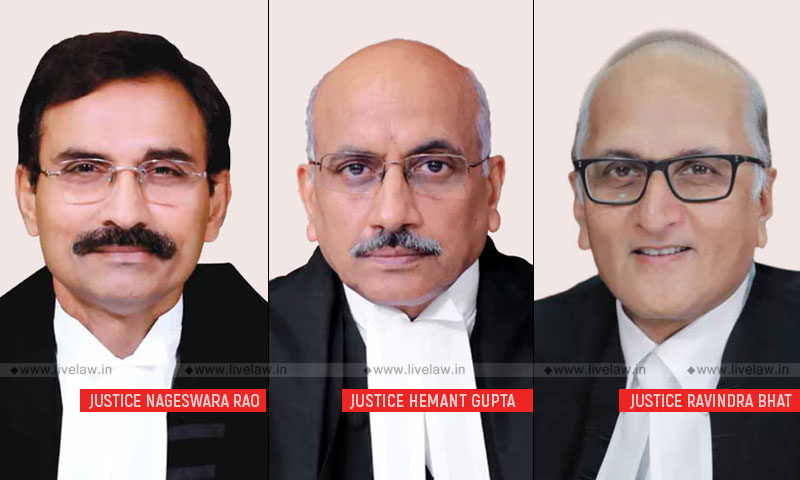 The Supreme Court observed that a telephonic message which does not clearly specify the offence, cannot be treated as an FIR.In this case, the murder accused viz Samadhan Shinde, Netaji Achyut Shinde and Balasaheb Kalyanrao Shinde were convicted by the High Court. The Trial Court had acquitted Netaji and Balasaheb and convicted Samadhan. The High Court confirmed the conviction of Samadhan...

The Supreme Court observed that a telephonic message which does not clearly specify the offence, cannot be treated as an FIR.

In this case, the murder accused viz Samadhan Shinde, Netaji Achyut Shinde and Balasaheb Kalyanrao Shinde were convicted by the High Court. The Trial Court had acquitted Netaji and Balasaheb and convicted Samadhan. The High Court confirmed the conviction of Samadhan and reversed acquittal of others.

One of the contentions raised by the appellant was that the initial information [at 5.45 P.M.) on the day of the incident] talked of an attack by one motorcycle ridden by two persons. However, when the FIR was actually allegedly recorded, this version disappeared and an improvement, which had involved other accused in order that they be implicated, was registered, they contended. According to them, it is the first intimation of the crime which constitutes the first information report (FIR) and that the credibility of an "official" or formal FIR shown to have been registered later, is suspect as it affords considerable leeway to the police to cook up fictions and falsely implicate innocent persons. They argued that the subsequent statement (registered late in the night at 11.45 P.M.) of the complainant, had to be treated as a statement under Section 161 of the Cr.PC. The Trial Court, to acquit Netaji and Balasaheb, agreed with this contention, while the High Court rejected it.

So the Apex Court bench comprising Justices L. Nageswara Rao, Hemant Gupta and S. Ravindra Bhat considered the issue whether the initial intimation received by the police on telephone (at 5.45 P.M.) on the day of the incident, constituted an FIR.

"A cryptic phone call without complete information or containing part-information about the commission of a cognizable offence cannot always be treated as an FIR. This proposition has been accepted by this Court in T.T. Antony v. State of Kerala (2001) 6 SCC 181 and Damodar v. State of Rajasthan (2004) 12 SCC 336. A mere message or a telephonic message which does not clearly specify the offence, cannot be treated as an FIR."

"A bare reading of this makes it clear that even though oral information given to an officer-in-charge of a police station can be treated as an FIR, yet some procedural formalities are required to be completed. They include reducing the information in writing and reading it over to the informant and obtaining his or her signature on the transcribed information. . In the case of a telephonic conversation received from an unknown person, the question of reading over that information to the anonymous informant does not arise nor does the appending of a signature to the information, as recorded, arise."

Taking note of the facts of the case, the bench said:

"It is quite evident from the record, therefore, that the intimation given by two individuals - Ravi Harkar and Vishwajeet Thombre merely set out the bare facts of an attack; the information was incomplete; neither the name of the victim nor the names of the alleged attackers nor even the precise location where the incident occurred were mentioned. Applying the tests indicated by the judgments of this Court (referred to previously), this court is of the opinion that the High Court, in the appeal before it, correctly inferred that the first information recorded at 17.45 hrs could not be treated as an FIR. In these circumstances, the details of the event which occurred, the nature of the attack, the place of the attack, the names and identities of the accused were set out fully when PW-1 recorded the statement at 23.45 hrs. – that constitutes the FIR.

The bench also rejected the contention that the police sought to improve the initial version and somehow roped in the accused falsely.

"Quite often, depending upon how and what people see and perceive about an incident, when they narrate it subsequently, the rendition might not be accurate in describing the sequence or even the facts completely. Much would depend on the relative distances and the angles where those individuals might have been placed or located, relative to the incident or event. Therefore, the inclusion or omission of more than two accused cannot be a matter of grave suspicion. It may be in the given case, an aspect to be kept in mind when other circumstances pointing to false implication might well exist. Per se, however, it cannot be said that the omission to mention four assailants falsifies the prosecution story.", the bench added.

Upholding the High Court judgment, the bench observed that the physical presence of the accused  at the site of the actual commission of the crime and the deposition of independent witnesses about their role, clearly establishes that it was for the purpose of facilitating the offence, the commission of which was the aim of the joint criminal venture.

"The presence of these accused, to facilitate the execution of the common design amounts to actual participation in the criminal act. The evidence – i.e. the exhortation by these accused, their active role in attacking the deceased, chasing him and leaving the crime scene together, clinches that there was a consensus of the minds of persons participating in the criminal action to bring about a particular result. It was this aspect which the trial court glaringly overlooked, and instead, misdirected itself grossly in focusing upon the first intimation, treating it as the FIR, and therefore, proceeding to doubt the prosecution version. It found no lacunae in the testimonies of the eyewitnesses discussed above. However, proceeding on the thesis that the first intimation was the FIR, and that it did not describe the role of four persons, but only mentioned two, the trial court acquitted the two accused", the court said.