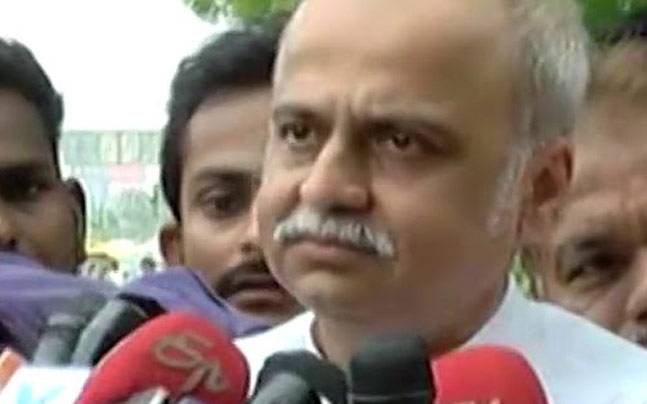 The Supreme Court on Tuesday refused to met out relief to Senior Advocate Yatin Oza in his plea challenging the suo motu criminal contempt notice issued by the Gujarat High Court for his alleged "scurrilous remarks" against the Hight Court and its Registry.A bench comprising Chief Justice SA Bobde, Justices AS Bopanna & MR Shah dismissed the petition on account of withdrawal of...

The Supreme Court on Tuesday refused to met out relief to Senior Advocate Yatin Oza in his plea challenging the suo motu criminal contempt notice issued by the Gujarat High Court for his alleged "scurrilous remarks" against the Hight Court and its Registry.

Senior Advocate Abhishek Manu Singhvi argued that the contempt notice had been issued against Oza out of "anger" without any basis.

CJI Bobde: Who told you they were angry with you? Allegations made against you have brought disrepute to the HC.

While Senior Counsel Arvind Datar and Singhvi batted for a stay on contempt proceedings against their client Oza, CJI SA Bobde expressed disinclination to entertain the plea.

Singhvi: "Injustice has been caused to me [Oza]"

CJI: "Don't make such allegations. Tell your grievance to the Chief Justice of High Court [of Gujarat]. We will not hear it"

At this juncture, Singhvi chose to withdraw the petition.

A bench of Justices Sonia Gokani and NV Anjaria observed that "his scandalous expressions and indiscriminate as well as baseless utterances"  caused serious damage to the "prestige" & "majesty" of the High Court.

The bench while exercising its powers conferred under Article 215 of the Constitution further noted that his comments also attempted to "lower the image of entire Administration and also created demoralising effect amongst the Administrative wing".

In light of this, the Court prima facie found him responsible for committing criminal contempt in terms of Sections 2(c) of the Contempt of Courts Act.

During his live conference on Facebook, attended by various journalists, Oza had levelled various allegations against the High Court and its Registry. More specifically these included the following:

1. Corrupt practices being adopted by the registry of the High Court;

2. Undue favour is shown to high-profile industrialists, smugglers and traitors;

3. The High Court functioning is for influential, rich people and their advocates;

4. The billionaires walk away with order from the High Court in two days whereas the poor and non VIPs tend to suffer;

5. If litigants want to file any matter in the High Court, the person has to be either Mr Khambhata or the builder or the company.

The High Court took strong exception to the remarks by Oza and observed that they were "irresponsible, sensational and intemperate".

They further stated that Oza had, with frivolous grounds and unverified facts, targeted the Registry and had questioned the very credibility of the HC Administration.

Oza had long been demanding normal functioning of courts. Last month, he had written to the High Court Chief Justice stating that restricting court functioning for urgent cases only was illogical.

Thereafter, following differences with office bearers of the association regarding re-opening of court, he had resigned from post of President and had sought a fresh mandate on the issue of "whether the court should function physical or virtual'. However, he withdrew the resignation after the GHCAA passed a resolution rejecting the letter of resignation.