"The Programme Would Have Been Over By Now If The Court Had Not Intervened": Justice Chandrachud On Sudarshan TV 's 'Bindas Bol' Show 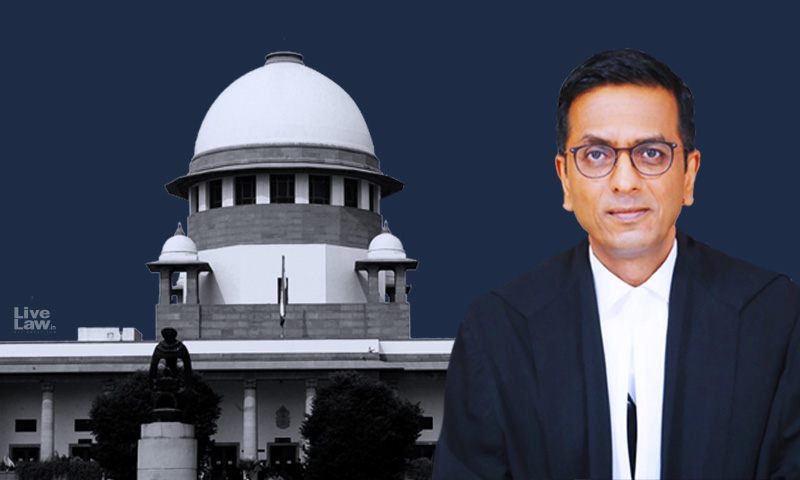 The Central Government on Wednesday informed the Supreme Court that it has issued a fresh show-cause notice to Sudarshan News TV on a prima facie finding that its controversial program 'Bindas Bol' violated the program code under the Cable TV Networks(Regulation) Act."My suggestion would be to please defer this hearing to after 28...we can't prejudge the government's decision; the channel is...

The Central Government on Wednesday informed the Supreme Court that it has issued a fresh show-cause notice to Sudarshan News TV on a prima facie finding that its controversial program 'Bindas Bol' violated the program code under the Cable TV Networks(Regulation) Act.

When the Solicitor General of India, Mr. Tushar Mehta, made this submission, Justice D Y Chandrachud, the presiding judge of the bench, observed :

"...the Programme would have been over by now if the Court had not intervened".

"It would be better if Your Lordships' intervention is as of the last resort", pressed the SG.

SG Tushar Mehta submitted that the Central government has today issued notice to the Managing Director of Sudarshan TV.

He read out the last portion of the notice- "Sudarshan TV is directed to give a written explanation on the apparent violation of the Programme Code, Section 20(3) of the Cable Television Networks (Regulation) Act, 1995, and the Uplinking and Downlinking Policy Guidelines of 2011 by September 28...If the response is not received till the said date, it shall be presumed that the channel has nothing to say on the matter, and further action shall be proceeded ex-parte in accordance with the law"

It may be recalled that the Union Ministry of Information and Broadcasting had allowed the telecast of the show, which is allegedly communalizing the selection of Muslim candidates in the civil services examination, with the condition that it should not violate the program code.

The order, passed on September 9, had stated :

Since the telecast of the show was conditional on the channel complying with the program code, it would have been logical to expect that the authorities of the I&B Ministry would have monitored the four episodes of the show aired from September 11 to 14.

During an earlier hearing when Justice Chandrachud asked the Solicitor General if anyone from the Ministry applied their mind to the four episodes of the show telecast from September 11 to 14, after the Ministry allowed its telecast on September 9, the SG replied that he will have to take instructions on that aspect.

"Since a notice to show cause has been issued by the Central Government to the fourth respondent today, the hearing of the present proceedings is deferred to 5 October 2020. The notice shall be dealt with in accordance with law and the Central Government shall submit a report to this Court indicating the outcome of the notice. Since the notice has been issued during the pendency of these proceedings, further steps in pursuance of the notice to show cause shall be subject to the result of the present proceedings and to such orders as may be passed by this Court" Court said in Today's order.

A bench comprising Justices D Y Chandrachud, Indu Malhotra and K M Joseph was hearing the plea which alleged that the show 'Bindas Bol' hosted by Suresh Chavhanke, the Editor-in-Chief of Sudarshan News, was communalizing the entry of Muslims into the civil services. On September 15, the top court had stayed the telecast of the show after making a prima facie observation that 'the object intent and the purpose of the show was to vilify the Muslim community'.