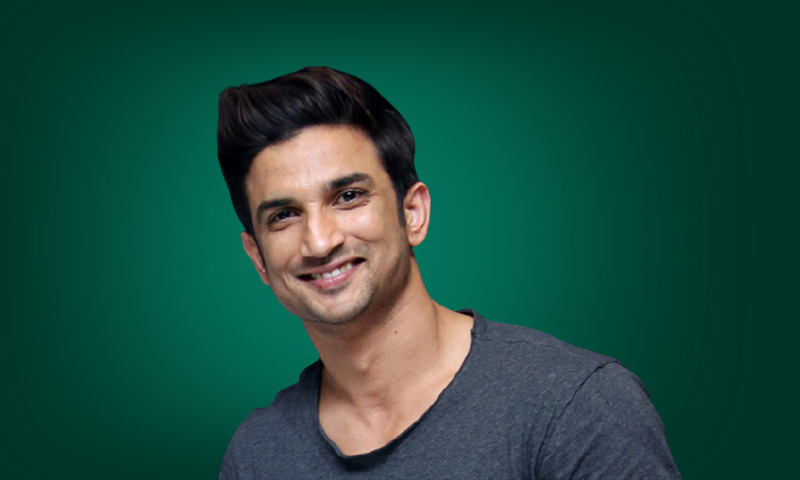 Film producer Nilesh Navalakha has filed a complaint before the News Broadcasting Standards Authority (NBSA), against several news channels for violating the programme code and other journalistic norms while reporting on the Sushant Singh Rajput case. The Petitioner, represented by Advocates Rajesh Inamdar and Shashwat Anand, has urged the authority to recommend to the Ministry...

Film producer Nilesh Navalakha has filed a complaint before the News Broadcasting Standards Authority (NBSA), against several news channels for violating the programme code and other journalistic norms while reporting on the Sushant Singh Rajput case.

The Petitioner, represented by Advocates Rajesh Inamdar and Shashwat Anand, has urged the authority to recommend to the Ministry of Information and Broadcasting to suspend/cancel the downlinking license granted to channels like India Today, Times Now, Zee News, ABP News, News18, News Nation, etc.

The Complainant has alleged that the said news channels:

It is alleged that Aaj Tak/India Today Group made several publications concerning the character of the accused, Rhea Chakraborty and indulged into premature publication of evidence/ publication of confessions, thus "creating an atmosphere of Prejudice".

For instance, it is alleged that one anchor of the channel claimed that the deceased actor had been "calling for help against being blackmailed by Rhea and her family" and even asserted that "Rhea had quite a role to play as far as Sushant's mental health is concerned".

In one of the programmes, it is alleged, that the channel depicted and narrated sequentially, each question that the Enforcement Directorate had asked Rhea Chakraborty during interrogation. It also allegedly revealed the investigative procedure of CBI and displayed the evidence gathered by the agency.

Similar allegations are also levelled against Republic TV for allegedly broadcasting a show in which the anchor declares that "Rhea Chakraborty is definitely involved in the 'murder' of SSR" and also insults her character and spreads misinformation that Rhea's arrest is related to SSR's death enquiry case.

So far as the channels Times Now and India TV are concerned, it is alleged that they "broadcasted several shows by which it has proceeded to declare the verdict of guilt, examine/expose the witnesses on the show, publish evidence and has also shown the corpse of the late actor against the WHO and PCI guidelines which clearly hamper the administration of justice and influence the mind of the public at large."

It is alleged that Zee News, inter alia, cross examined 8 witnesses of the case on its show, some of whom were yet to appear before the CBI. It is also alleged to have revealed some call logs of a key witness, and it is stated that "the call log may prove to be vital piece of evidence in a ongoing criminal investigation which has been blatantly made public by the media and encroaches upon the Right to privacy conferred to citizens of India under Article 21 of the Constitution."

One of the allegations levelled against ABP News is that the channel the showed witness interview with the ambulance driver wherein the probable witness states that he or any of his co-workers did not remove the hanging body of late Sushant Singh Rajput.

"This is an important statement regarding the positioning of the body at the alleged crime scene and the Respondent channel has been examining this witness on the show," the plea states.

Allegedly, the channel also showed "exclusive copy of the Forensic report of Sushnat Singh Rajput". Challenging the same, the Complainant has said,

"The aforesaid evidence must be scrutinized by relevant judicial authorities and the Respondent channel is revealing sensitive information to the public on its show."

The News Nation channel is stated to have sensationalized the actor's death by claiming that it was not a suicide, but murder. Allegedly, they broadcasted an exclusive interview of a witness (Hospital boy), who described the marks found on the body of the deceased.

Further, one of the channel's reporter recreated Sushant's room and then proceeded onto the live investigation of the alleged crime scene, with the help of a retired ACP, Pvt. Detective and a Forensic Expert.

"A dummy is kept on the bed to determine what actually happened and details of the Panchnama Report are revealed. The details of the post mortem report are also narrated," the Complainant states.

In this backdrop it is submitted that the role of media as the fourth pillar and its freedom to report to the public hasn't been questioned through this instant petition. However, it is contended that the Respondent channels, under the garb of free speech, cannot claim any immunity from the unfair reporting and conducting media trial in an ongoing investigation.

"The presumption of the innocence of an accused is a legal presumption and should not be destroyed at the very threshold through the process of media trial and that too when the investigation is pending. It would be opposed to the very 43 basic rule of law and would impinge upon the protection granted to an accused under Article 21 of the Constitution," the plea reiterates from the Supreme Court's verdict in Anukul Chandra Pradan v. Union of India, 1996 (6) SCC 354.

It is alleged that the Respondent-channels misappropriated the unfortunate demise of an actor, in an open-season fest for TRPs, orchestrating a dramatic circus of theatrics, at the expense of Truth, Justice, Rule of Law and the Democracy, in a vile and brazen abuse of the Right to Freedom of Press conferred upon the media, under Article 19(1)(a).

Accordingly, the Complainant has sought imposition of heavy costs on these channels, payable to NDRF/ Army Central Welfare Fund/ any orphanage, etc.

Earlier, the NBSA had taken strong objection to the remarks made by the Complainant's counsels that the NBSA had made false statements before the Bombay High Court and was trying to shield its member broadcasters. (The contentions of perjury, false affidavit/statements were not pressed by the Counsels before the High Court.)

The NBSA had then asked the Complainant to file a detailed complaint with the relevant links.

The present complaint was filed in response to that request.