"This Is Not The Way" : Supreme Court Criticises Allahabad High Court's Non-Bailable Warrant Against NOIDA CEO 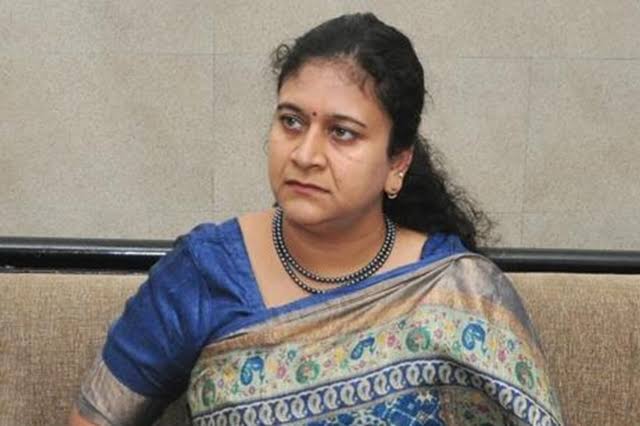 A Bench led by the Chief Justice of India NV Ramana directed that its earlier order staying the non bailable warrants issued against her will continue until further orders.

'Issue notice. The non bailable warrants stayed by earlier order may be continued until further orders. List some time in July, for counter affidavit and hearing', the bench said.

The contempt case before the High Court is in relation to non compliance of High court's order by the NOIDA authorities who were directed to compensate the petitioners in relation to a land acquisition dispute.

Bench critical of the Non Bailable Warrant Against Maheshwari:

The bench expressed its concern towards the way the case has been handled by the High Court.

The CJI led bench was on Tuesday informed by counsel appearing for Maheshwari that she had reached the High Court but got late, and her lawyer had sought a pass over on her behalf.

The CJI raised eyebrows at the High Court issuing non-bailable warrant merely for the reason that she reached the court late.

Addressing Senior Advocate Vikas Singh, who was appearing for the contempt petitioner, the CJI said, "The way in which the court has…. How many cases are you appearing for in court. Suppose you are appearing in a matter, your junior would say my senior is coming. That is not the way"

Senior Advocate Vikas Singh submitted that the roster before the High Court has now changed, and the same judge is not hearing the matter.

"Let her appear before the High Court otherwise contempt jurisdiction would close for all times to come", Mr Singh said.

"Let us hear the matter us hear and pass the order." the bench said

"Mr Singh, we've to use the power of NBW in contempt?" the CJI remarked.

The Chief Justice of India also remarked that it has become a routine where the land is taken away by authorities without due payment of compensation.

Addressing the counsel appearing for the NOIDA CEO, CJI remarked "This has become routine, we have seen in several cases, You acquire land, take away land, and don't pay compensation and they've to go around courts. After reaching Supreme Court also you don't wanna follow orders?"

"Better advise your client to comply", CJI told the counsel.

The Counsel for appearing for Maheshwari submitted that they have put it on record that the order has been complied with and possession of the land and compensation has been offered.

On 11th May, Justice Krishna Murari had recused from hearing the case.

Earlier a bench led by the Chief Justice of India NV Ramana had stayed the non bailable warrants issued against her after an urgent listing of the case was sought by Senior Advocate Mukul Rohatgi.

This was after the bench had refused to grant urgent relief to Maheshwari saying that IAS officers should "face the music" if they do not obey court orders.

"You are an IAS officer, you know the rules.Everyday we see from Allahabad HC, there's breach of orders. This is routine, everyday one or the officer has to come & seek permission. What is this? You don't respect orders of the court.If you don't obey high court orders, you'll have to face the music", the CJI had said yesterday.

The High Court had ordered the police to arrest her and bring her in court on May 13.

On April 2, 2022, IAS Officer Ritu Maheshwari was asked to remain present before the Court on May 5, 2022, however, when the Court took up the matter on May 5, it was informed to the Court that she was set to catch her flight to Prayagraj at 10:30 a.m.

In view of this, a Bench of Justice Saral Srivastava ,deprecating her conduct, remarked thus:

"She was supposed to be here at 10:00 a.m., therefore, the Court cannot countenance the conduct of CEO, NOIDA in taking flight after the functioning of the Court starts and expected the Court to wait for her and take up the matter after she reaches the Court. This conduct of CEO is reprehensible and amounts to contempt of Courts, inasmuch as she has been summoned by the Court in a contempt proceeding for non-compliance of an order passed by Writ Court… The order of Writ Court has not been complied with and in such view of the fact, when the Court has passed an order for appearance of CEO NOIDA, she was expected to be present in Court when the functioning of the Court starts at 10:00 a.m. rather she chose to take flight at 10:30 a.m. from Delhi deliberately with an expectation that the Court will take up the matter as per her convenience."