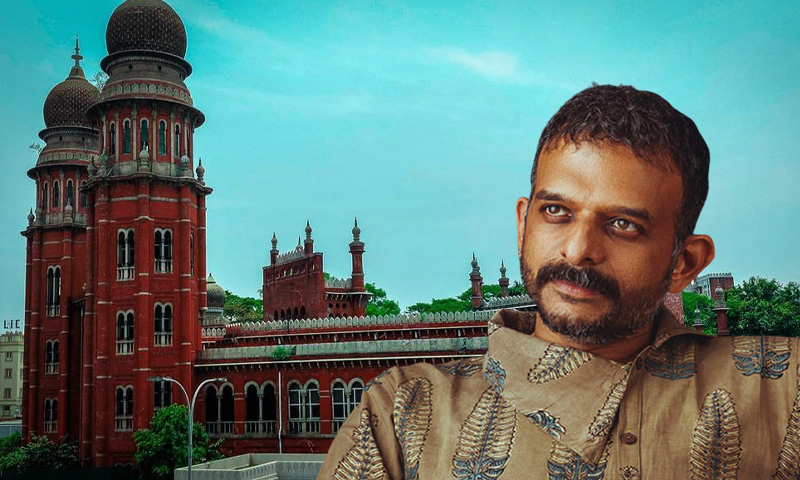 The Madras High Court on Thursday issued notice to the Union Government on a writ petition filed by acclaimed Carnatic vocalist and Ramon Magsasay awardee TM Krishna challenging the constitutional validity of the Information Technology (Guidelines For Intermediaries And Digital Media Ethics Code) Rules, 2021, notified by the Centre on February 25, as imposing "arbitrary,...

The Madras High Court on Thursday issued notice to the Union Government on a writ petition filed by acclaimed Carnatic vocalist and Ramon Magsasay awardee TM Krishna challenging the constitutional validity of the Information Technology (Guidelines For Intermediaries And Digital Media Ethics Code) Rules, 2021, notified by the Centre on February 25, as imposing "arbitrary, vague,disproportionate and unreasonable" restrictions on digital news media and social media intermediaries.

During the brief admission hearing, Advocate Suhrith Parthasarathy, representing Krishna, submitted that the rules were violative of the fundamental rights to freedom of expression and privacy and also ultra-vires the parent statute, the Information Technology Act.

In the writ petition prepared by Internet Freedom Foundation and Advocate Vrinda Bhandari, Krishna says that the rules affected his rights as an artist and a cultural commentator.

"I submit that the impugned Rules offend my rights as an artist and a cultural commentator by both imposing a chilling effect on free speech and by impinging on my right to privacy",  he says in his affidavit.

He further stated that as an artist and cultural and political commentator, he cherished the right to free expression and privacy guaranteed under the Constitution. "

"For me, privacy, like music itself, is an experience. When I think of privacy, I think of life, intimacy, experience, discovery, security, happiness, the lack of fear and the freedom to create. I think of liberty, dignity and choice as facets inherent in me and not just as an artist but as a human being," he said.

Vagueness in code of ethics

The petitioner contends that the code of ethics sought to be imposed by the Rules on digital media suffer from the same vices of vagueness and subjectivity, which led the Supreme Court to strike down Section 66A of the IT Act in the Shreya Singhal case.

"As an artist and critic, this vagueness in the Code of Ethics is especially concerning to me. As someone interested in exploring the boundaries of Karnatic music and in taking the art form beyond its existing, narrow social confines, the endeavour of my art is to ask difficult questions. My apprehension today is that the work that I produce in trying to reshape art and in dissenting from the conventional mores of society will fall foul of the Code of Ethics contained in the Impugned Rules. Indeed, publishers of online curated content, facing the threat of sanctions imposed by Part III of the rules, are likely to err on the side of caution"

"I submit that the Impugned Rules, which are vague and indeterminate, will thwart artists from raising difficult questions against existing aesthetic, gender and caste hierarchies in Karnatic music, and will thwart dissenters who question prevailing cultural mores. A reading of the Code of Ethics contained in the Impugned Rules makes it impossible to glean what will be considered by the Union government as acceptable speech in the online world. In any event, it is submitted that determining what is acceptable isn't the sole prerogative of the government. It is a role that ought to be fashioned in accordance with the constitutional scheme, which the Rules manifestly fail to do"

By admitting Krishna's petition, Madras HC became the fourth High Court in country to consider the validity of new IT rules after Delhi, Kerala and Karnataka. In March, online news media 'The Wire' approached the Delhi High Court, followed by 'The Quint'. The Kerala High Court has granted interim protection from coercive action under Part III of the Rules to 'LiveLaw' in a petition filed by it against the Rules. Kannada news portal 'Pratidhwani' has approached the Karnataka High Court against the Rules.

Click here to read/download the affidavit of TM Krishna