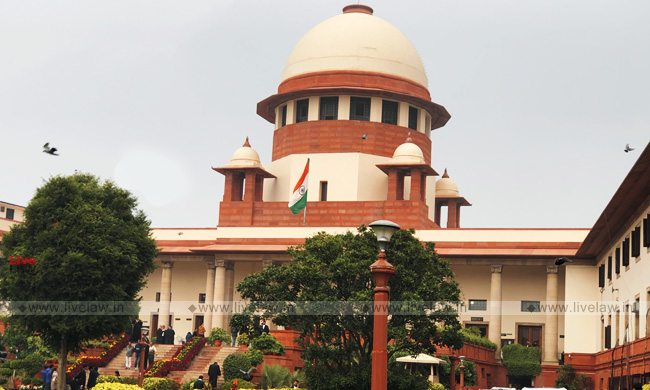 The Tamil Nadu government has filed a Special Leave Petition (SLP) in Supreme Court against the non-implementation of reservation for Backward Classes in admission to those seats shared by the State to the All India Quota (AIQ) in medical colleges in Tamil Nadu. Discontented with the inaction of the Centre, the State government had moved the Apex Court earlier, which had, on June...

The Tamil Nadu government has filed a Special Leave Petition (SLP) in Supreme Court against the non-implementation of reservation for Backward Classes in admission to those seats shared by the State to the All India Quota (AIQ) in medical colleges in Tamil Nadu.

Discontented with the inaction of the Centre, the State government had moved the Apex Court earlier, which had, on June 11, asked them to approach the Madras High Court instead.

The High Court, however, based on the representations made by the Union Health Ministry, Human Resource Development Ministry and the Director General of Health Services, adjourned the matter till July 9.

Upon being served notice, the aforementioned parties had informed the High Court that they had filed an affidavit before the Supreme Court, in a seemingly similar matter (Saloni Kumari v DG Health Services), stating that they would be implementing reservation under OBC quota for the AIQ seats on a state to state basis. They also apprised Court that this matter would be taken up by the Apex Court on July 8.

Aggrieved by the High Court's lack of appreciation regarding the urgency of the issue, the State has again knocked on the doors of the Top Court. The petitioner seeks directions to provide 50% reservation for Backward Classes, Most Backward Classes and the Denotified Community in admission to shared seats in undergraduate, postgraduate and diploma medical and dental courses in Tamil Nadu.

Claiming that the High Court was wrong to have given in to the representations of the Centre, the State has asked the Supreme Court to direct the High Court to expeditiously hear and dispose of the matter.

"…the Hon'ble High Court has erroneously acceded to representations made by the Respondents and unjustifiably kept in the Petitioner's writ petition in abeyance till this Hon'ble Court issues orders in an ostensibly identical matter in Saloni Kumari v Director General Health Services & Ors bearing W.P.(C) No.596 of 2015 which is tentatively listed for 08.07.2020.

The petitioner contends that High Court has effectively declined to take up the matter despite the Centre having virtually conceded to the prayer sought for in the petition. It is thus pointed out that there is no rationale in adjourning the matter before the High Court in view of the specific stand taken by the Centre in their affidavit that they were also looking to implement OBC quota reservation in the AIQ.

"The Hon'ble High Court did not take into consideration that the prayers sought in Saloni Kumari is for implementation of reservation which the Respondents themselves agree that they are ready and willing to implement. In addition, the Hon'ble Court failed to appreciate that there is no order of stay or injunction from this Hon'ble Court from implementing OBC reservation in AIQ seats."

Additionally it is submitted that the High Court ignored the fact that the Supreme Court itself granted the petitioners liberty to approach the High Court for relief. It is pointed out that if the Court had wanted the petitioners to await the result of the Saloni Kumari matter, it would not have granted leave to approach the High Court in the first place. In this light it is further highlighted that "Saloni Kumari pertains to reservation for OBCs under seats surrendered to AIQ by medical colleges located in the State of Uttar Pradesh and not to the rest of India or to Tamil Nadu." Thus, the Court could not have intended for the present matter to wait till Saloni Kumari was decided, argues the Petitioner State.

Informing the Court that the process of allocating seats is currently ongoing after the second round of counselling took place, the State has pressed upon the need to provide provisional reservation for the concerned Academic Year urgently.

"The allocation of medical seats for the academic year 2020-2021 is already under way and on 16.06.2020 the results for second round of counselling were announced. The candidates are in the process of reporting to the allotted Institute/College."

"Court may provide for provisional reservation for OBCs to seats surrendered by the State of Tamil Nadu to the All India Quota for academic year 2020-21 as the final allocation of seats is imminent."

It is contended that not allowing such a prayer would deny hundreds of seats to deserving OBC candidates, thereby further reinforcing their social and educational disadvantage, and further perpetrating mass inequality in the State of Tamil Nadu.