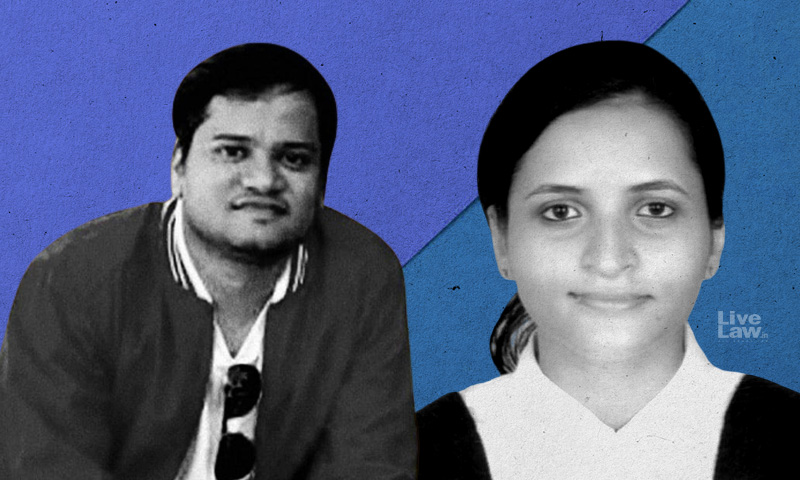 A Delhi Court on Tuesday adjourned hearing in the anticipatory bail applications filed by Shantanu Muluk and Mumbai based lawyer, Nikita Jacob in connection with the Delhi Police FIR over the 'toolkit' made for organizing farmers protests. However, the Court went ahead to extend their interim protections and ordered that no coercive action shall be taken against both Jacob and Muluk till the...

A Delhi Court on Tuesday adjourned hearing in the anticipatory bail applications filed by Shantanu Muluk and Mumbai based lawyer, Nikita Jacob in connection with the Delhi Police FIR over the 'toolkit' made for organizing farmers protests. However, the Court went ahead to extend their interim protections and ordered that no coercive action shall be taken against both Jacob and Muluk till the next date of hearing.

Additional Sessions Judge Dharmender Rana adjourned the matter after hearing both the anticipatory bail pleas simultaneously. The matter will now be heard on 15th March 2021.

Vrinda Grover and Rebecca John had both quested the Court to adjourn the matter after the Delhi Police had filed a comprehensive reply with detailed and researched annexures which was provided to both the applicant parties today.

Both Shantanu and Nikita had filed anticipatory bails in the wake of expiry of the transit anticipatory bail granted to them by the Bombay High Court on 16th and 17th of February respectively. Shantanu along with Nikita Jacob has joined the probe 22nd February in respect of the toolkit FIR. Both were present before the Dwarka Office of the Delhi Police's Cyber Cell for the purpose of interrogation in the matter.

While the High Court granted Shantanu Muluk transit anticipatory bail for a period of 10 days, Nikita Jacob was granted the protection for 3 weeks, allowing both to approach the competent court for seeking appropriate relief.

The Delhi Court had vide order dated 25th February 2021 granted interim protection from arrest to Shantanu Muluk till March 9. Advocate Vrinda Grover for Muluk submitted before the Court that since he had been cooperating with the investigation and has been present in the interrogation called by the Delhi Police Cyber Cell, the Court ordered that no coercive step shall be taken against the accused Muluk till the next date of hearing i.e. 9th March.

On the other hand, the Court vide order dated 2nd March 2021 adjourned the hearing in Nikita Jacob's anticipatory bail after Senior Advocate Rebecca John submitted before the Court that her interim protection granted by the High Court will expire on the 10th of March. Therefore, taking into account John's submissions and request of the Additional Public Prosecutor asking time in order to file a detailed and comprehensive reply in the matter, the Court ordered that the anticipatory bail pleas of both the accused shall be heard on the 9th of March simultaneously.

According to the applicant Chandhuri, he had volunteered for "Extinction Rebellion" organization and is presently its South Asia Liaison. Shantanu Muluk and Nitika Jacob also have links as being volunteers with the said organization. It was contented by Chandhuri that Nikita Jacob, Shantanu Muluk and Disha Ravi have allegedly conspired to create the online "toolkit" thereby denying any role to play in its creation.

Disha Ravi, the first accused in the toolkit case, was granted bail by the same judge after observing "considering scanty and sketchy evidence on record, I do not find any palpable reason to deny bail."

"In my considered opinion creation of a WhatsApp group or being editor of an innocuous Toolkit is not an offence. Further, since the link with the said toolkit or PJF has not been found to be objectionable, mere deletion of the WhatsApp chat to destroy the evidence linking her with the toolkit and PJF also becomes meaningless. Further, it is rightly pointed out by Ld Defence Counsel that the protest march was duly permitted by the Delhi police therefore there is nothing wrong in co-accused Shantanu reaching Delhi to attend the protest march. Still further, the attempt to conceal her identity seems to be nothing more than an anxious effort to stay away from unnecessary controversies" The order said.

Moreover, the judge went ahead to observe that "The perusal of the said 'Toolkit' reveals that any call for any kind of violence is conspicuously absent. In my considered opinion, Citizens are conscience keepers of government in any democratic Nation. They cannot be put behind the bars simply because they choose to disagree with the State policies".