"All Tribunals Should Be Brought Under One Nodal Agency To Ensure Efficient Functioning" : SC Asks Govt. To Reply In Two Weeks [Read Order] 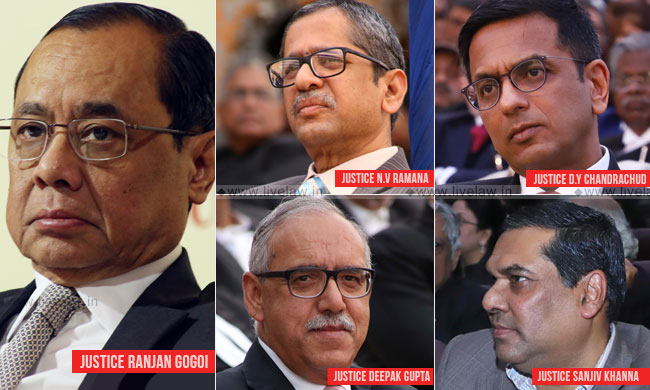 x
"While there cannot be a doubt that to streamline the task of their efficient functioning, the tribunals should be under a nodal agency, as observed in L. Chandra Kumar, we would like the government of India to let the court have the benefit of its views on affidavit by the competent authority",states the Order

Madras Bar Association Vs Union Of India [Day-1, Session-2]In his turn, Attorney General K. K. Venugopal made submissions on the concerns regarding vacancies in tribunals, and the setting up of a nodal agency to regulate the functioning of the tribunals. In respect of the former, he produced for the constitution bench's perusal a compilation indicating the vacancies across the various...

In his turn, Attorney General K. K. Venugopal made submissions on the concerns regarding vacancies in tribunals, and the setting up of a nodal agency to regulate the functioning of the tribunals.

In respect of the former, he produced for the constitution bench's perusal a compilation indicating the vacancies across the various tribunals, the qualifications and experience for the posts, the concerned Ministry/department and the status of the selection process as on March 6.

In the context of the Judicial Members of the CESTAT, the AG pointed out that though the Cabinet Committee on Appointments had approved recommendations for all 6 vacancies in January 2018, two did not join, refusing to accept certain service conditions. Hence, their appointment was cancelled.

For the Debt Recovery Tribunals, the AG advanced that some applications are pending with the Supreme Court, which, on clarification from the Registrar, were revealed to be government proposals for the DRT and the DRAT received by the apex court very recently. 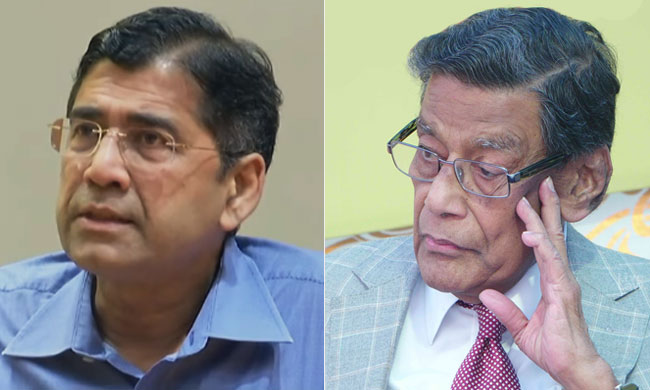 Taking note of this compilation showing the present vacancy position in the tribunals, the bench wished to resolve this issue first. Noting that the CAT, the Intellectual Property Appellate Board, the Armed Forces Tribunal and the ITAT require immediate attention, the court directed that every endeavour be made by the nominee of the Chief Justice to the Selection Committee to expedite the same. Further, in respect of the NCLT and the NCLAT, it required the appointments to be effected within 2 weeks on the basis of the recommendations made.

The bench hinted that after 2 weeks, once the needful is done, it may consider passing further orders in the nature of remitting the matter *to a smaller bench for the purpose of regular monitoring of the due functioning of the tribunals.

"We don't want to get bogged down by what is right and what is wrong. We want our tribunals to function", stated the Chief Justice.

"The government is working very hard despite the elections. Appointments are being made", he added to the AG on a humorous note.

In respect of the nodal agency, recommended to be the Law Ministry by the 1997 authority of L. Chandra Kumar, the AG relied on an affidavit of 2013 where the Union of India has averred the lack of necessity as well as feasibility for having a central agency, citing difficulties like the specialised requirements of the different ministries/departments and the amendment of the Rules of Allocation of Business.

"So far as the Ministry of Law is concerned, it is heavily overloaded. It is Finding it difficult to take over this responsibility. They already have to handle appointments to the higher judiciary. Besides, there are the litigations- thousands of case. I know from experience that For them to undertake 36 Tribunals and to look after all needs as to infrastructure and manpower would not be possible...I have suggested that there should be a National Tribunal Commission for the infrastructure and staff and to control these tribunals on a specialised basis", submitted the AG.

"While there cannot be a doubt that to streamline the task of their efficient functioning, the tribunals should be under a nodal agency, as observed in L. Chandra Kumar, we would like the government of India to let the court have the benefit of its views on affidavit by the competent authority", ordered the bench on Wednesday.

The court also reflected, "This reference to the larger bench is with regarded to the implementation of directions that inter alia are to the effect that the tribunals functioning in the country must be under one nodal agency, which this court saw to be the Law Ministry. L. Chandra Kumar is clear and categorical in this regard. Tentatively, we are of the view that the said directions should have implemented by the government of India long back"

*As the hearing approached the challenge to the introduction of the Finance Act, 2017 as a Money Bill, the Chief Justice put his foot down as to the tendency of several lawyers to argue at length for days in the same matter- "20 sets of arguments for 20 days? This is the reason why we are not making any progress. This anarchy in the Supreme Court must stop! There may be 20 cases but we will hear only one argument. You decide among yourselves who will argue. There will be one argument of challenge to the Finance Act. For piecemeal challenges to this Act or that Act, the argument would be the same"

"Kudrat Sandhu (the title of the petition attacking the constitutionality of the passage of the Act of 2017 as a Money Bill) does not deserve to be heard right now in the chronological roder. It just came to be tagged with Madras Bar Association. This is an out-of-turn hearing...the Land Acquisition Act matter is listed before us. It is one because of which thousands of cases remain held up. Similarly, there are other cases holding up thousands of litigations. They are all Small, small issues which will take half a day. We can take those first", asserted the judge.

"We are making it very clear that there will be only one argument. It can be supplemented by supplying additional facts as to other statutes. But if we have to hear one argument for how each Act is not a money bill, then we will hear the other urgent matters first...", reiterated Chief Justice Gogoi.

Commencing the argument against the Finance Act, Senior Advocate Arvind Datar put forth, "The Finance Act was introduced under Article 109. The lower house had questioned several of its provisions including Part XIV. Up till Part XIV, there is no flaw in the Act. All are fiscal provisions. The difficulty comes where they amend all provisions regarding tribunals. The Lok Sabha Speaker said these are incidental to the Money Bill provisions. The passage of the Act as such is derogatory, inappropriate and a fraud on the Constitution"

He also discussed the Excessive delegation under section 184 of the Finance Act in as much as it empowers the Central government to frame rules for the appointment, removal, qualifications and other terms of service of the Chairperson and Members of the various quasi-judicial bodies- "The individual eligibility criteria go against the R. Gandhi judgment. The number of judicial members is to be more than the administrative members, But now in tribunal after tribunal the former are a minority. The Central government gets the power of removal and, except in the NCLAT, there is no need for the consent of the Chief Justice"

The arguments shall resume on Thursday.