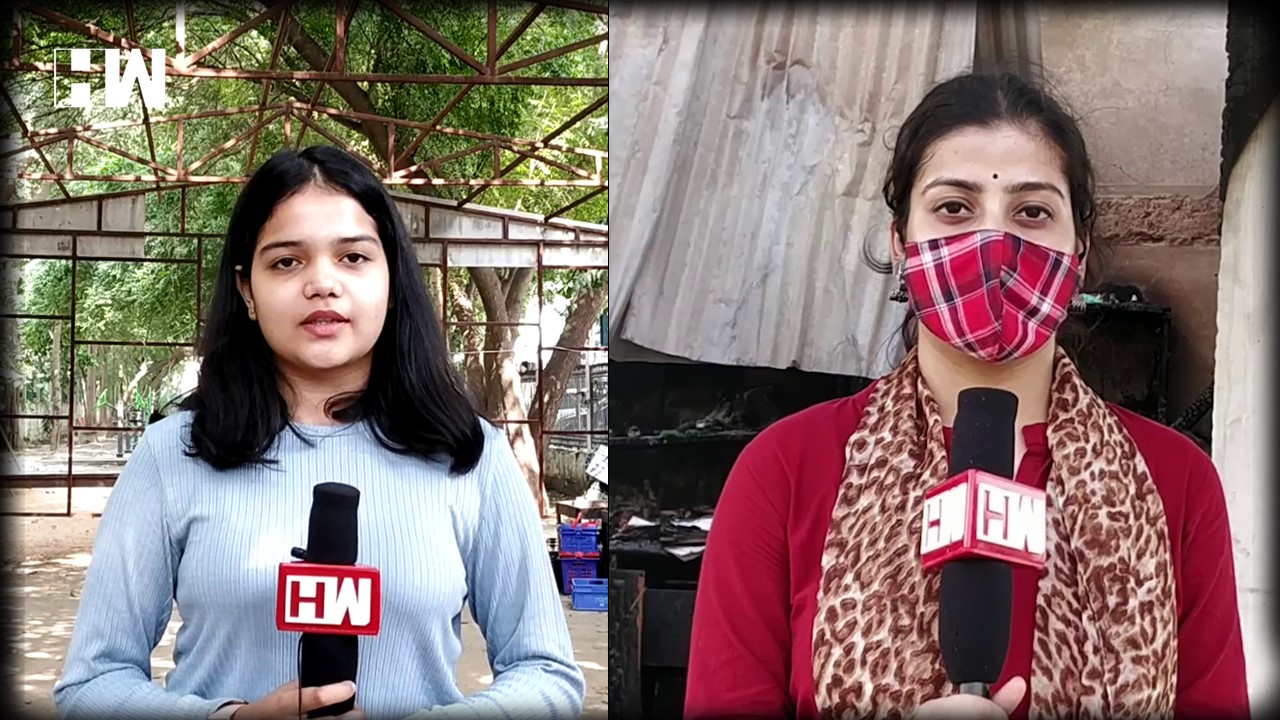 The Supreme Court on Wednesday issued notice on a writ petition challenging the FIRs registered by the Tripura police over the reports on communal violence in the state.The plea has been filed by media company Theos Connect (which operates the digital news portal HW News Network), two of its journalists Samridhi Sakunia and Swarna Jha, and its Associate Editor Arti Ghargi.The bench headed...

The Supreme Court on Wednesday issued notice on a writ petition challenging the FIRs registered by the Tripura police over the reports on communal violence in the state.

The plea has been filed by media company Theos Connect (which operates the digital news portal HW News Network), two of its journalists Samridhi Sakunia and Swarna Jha, and its Associate Editor Arti Ghargi.

Four weeks' time is granted for filing the counter-affidavit, with liberty to the petitioners to serve the standing counsel for the state of Tripura.

Senior Advocate Siddharth Luthra, for the petitioners, submitted, "The journalists were picked up and then there was the FIR. They have now been granted bail. But another FIR is also registered. The difficulty that is faced is that you report the news, 1 FIR is registered, and then you register a second really to say that we have now established that in the first FIR, the journalists are wrong. This is really untenable and not justified."

"We will issue notice in this matter. Stay of all further proceedings pursuant to 14.11.2021 FIR at Tripura."

Tripura police registered the FIR alleging that the reports of the journalists promoted enmity between groups and spread communal hatred by publishing baseless news about communal violence.

The Court on Friday accepted the request made by Advocate Sandeep S Deshmekh for urgent listing of the petition.

The petitioners challenge the police action by saying that they were doing only ground reporting of facts based on versions given by the victims of the violence.

"The petition has been filed in relation to the targeted abuse of criminalising the reporting by petitioners and its correspondents/ reporters and illegal detention in relation to, reporting of events regarding violence qua minorities in the State of Tripura during the second half of the month of October 2021", the writ petition filed under Article 32 of the Constitution reads.

The petitioners argue that the FIRs amount to "targeted harassment of press".

"If the State is allowed to criminalize the very act of fact-finding and unbiased reporting then the only facts that will come in the public domain are those that are convenient to the State due to the 'chilling effect on the freedom of speech and expression of members of civil society. If the quest for truth and reporting thereof itself is criminalized then the victim in the process is the idea of justice", the petitioners submit.

The petitioners have sought the following reliefs:

Quashing FIR registered at Tripura under sections 120B, 153A, 504 of IPC qua petitioners;

Alternatively seeking transfer of FIRs to the competent court in Delhi as there is an apparent risk and threat to life of petitioners in Tripura.

The petitioners have argued that the offence of hate speech alleged against them is "bizarre" as the journalists' endeavour was fact finding and ground reporting of the communal riots which took place in Tripura.

It has been argued that these FIRs are "inspired by politics" as the reports of the petitioners had is no element of purported spreading of hatred and enmity between communities.

The petitioners have argued that the allegations mentioned in the FIRs do not prima facie constitute any offence against the petitioners under Section 153A, 153B, 193,204,120B and 504 of IPC, and the FIRs are liable to be quashed to prevent undue harassment.

The petition has stated that the High Court of Tripura took suo moto cognisance of violence in the State of Tripura on basis of various press reports in both national and local newspapers on issue of violence which occurred on 26th October in North Tripura District.

The petitioner journalists were analysing the said reports and proceedings, and to cover the story from ground and disseminate correctness of the reports, they proceeded to Tripura.

According to the petition, both journalists had reported the complaints raised regarding attack on mosques and minority communities during a VHP rally on October 26, 2021.

The petition has stated that after a complaint was filed alleging that the two journalists delivered instigating speech against Hindus, the police arrived at the hotel of the two journalists at night and kept them in their hotel lobby next morning without any warrant. An FIR was filed against the two alleging criminal conspiracy to provoke breach of peace, and were served Section 41A notice with 7 days time to appear before police authorities.

The petition has argued that when the two journalists were on their way back to Delhi, they were detained by Assam police on pretext of some another FIR filed against them, and were kept at Nilambazar Police Station. Later, they were granted bail by a local court.

The petitioners have argued that they are being subjected to immense pressure and their media related activities are being frustrated by prolonged action of the respondents.

According to the petitioner company, the alleged case is not limited to just the two petitioner journalists but entire rolls of the company are subjected to investigation.

The petitioner company has stated that its Associate Editor Arti Ghargi was also issued notice u/s 160 CrPC by the Tripura Police, and the time sought by her was rejected by the Investigating Officer in a threatening and intimidating manner.

The petitioners have argued that the notices have been issued under Section 160 without following the CrPC provisions, and proviso to Section 160(1) has been neglected and ignored for wrongful gain.

According to the petitioner company, in terms of proviso to Section 160(1), the Associate Editor wasn't required to appear before Tripura Police and she could have attended the local police station where she resides. As per proviso to Section 160(1) CrPC, a woman summoned as a witness cannot be required to appear in a police station at any other place other than where she resides.

It has been argued that when she attended the Police Station, she was met with great intimidating tactics at the hands of the State Agency and similar treatment was given to journalists Samridhi Sakunia and Swarna Jha.

The petitioners have impugned "actions by the State of Tripura to register criminal cases against members of civil society including journalists who have made the effort to bring facts in relation to the violence in public domain."

Citing Supreme Court's judgement in case of S Rangarajan vs P Jagjivan Ram (1989) where Court had emphasised that the freedom of expression means right to express opinions by words or mouth, writing, printing, etc, the petitioners have argued that criticism of policies and act of government cannot be regarded as attempt to promote hate between different communities.

The petitioners have submitted that the very objective of the Press is to supplement the public interest by printing facts and opinions without which citizens cannot make well informed judgements, and freedom of press is in the crux of social and political inter-course.

Therefore, it has been argued that it is the paramount duty of the judiciary to prop the freedom of the press and refute all laws and executive actions that interfere with it as opposed to constitutional provisions

The petitioners have pointed that their petition is similar to another case already pending before the Supreme Court ( Mukesh & Ors Cs State of Tripura) filed by Advocates and a Journalist seeking quashing of FIRs filed against them in Tripura.

In that case, a Bench led by CJI had ordered on November 16 that no coercive steps including arrest should be taken against two lawyers and one journalist, who were booked under the draconian anti-terror law Unlawful Activities Prevention Act (UAPA) by the Tripura police over their social media posts and reports about the recent violence which took place in the state.