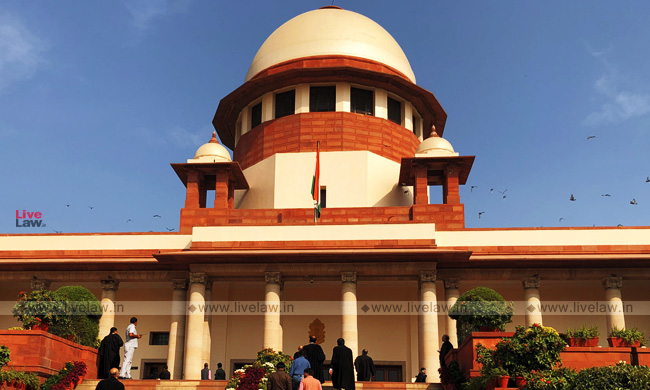 The Supreme Court has agreed to hear a petition filed by Contai Madrasah Committee challenging the January 6 Judgment of a Two Judge bench of the top court, whereby it was held that there is no absolute and unqualified right of appointment for minority educational institutions.

The petition was mentioned before a bench led by CJI SA Bobde to refer the matter to larger bench and the court has agreed to hear it next week.

On Monday, a bench of Justices Arun Mishra and U U Lalit had delivered the verdict in the case SK Md Raffique v. Managing Committee, Contai Rehmania High Madrasah & Ors.,and upheld the constitutionality of West Bengal Madrasah Service Commission Act 2008, which constituted a commission to appoint teachers in madrasas.

It held that when it comes to the right to appoint teachers, a regulation framed in the "national interest" must necessarily apply to all institutions regardless whether they are run by majority or minority as the essence of Article 30(1) is to ensure equal treatment between the majority and minority institutions.

The Contai Madrasah has moved the Supreme Court stating that the latest verdict by Justice Mishra contradicts a 3-judge bench order in Chandana Das (Malakar) v. State of West Bengal, passed on September 25, 2019, on minority rights.

"It is not in dispute that in both the cases the parties are covered under Article 30 of the Constitution of India but the views of two courts of this Hon'ble Court is completely contradictory as well as the TMA Pai Foundation case has been virtually distinguished by this Hon'ble Court in Civil Appeal No. 5808 of 2017," the plea contends.

In Chandana Das' case, the bench comprising Justice RF Nariman, Justice R.Subhash Reddy and Justice Surya Kanthad held that the fundamental right of Minorities under Article 30 of the Constitution of India to administer educational institutions "cannot be waived".

"In a self same State there are other community who have been given the privilege of article 30 of the constitution but leaving aside those community the court cannot treat a particular community, belonging to the minority community as step son by curtailing a right which is already given under article 30 showing the National interest," the Petitioner has argued.

In TMA Pai Foundation v. State of Karnataka, 2002 (8) SCC, it was held that in case of minority educational institution, the regulatory measures of control should be very minimal and the condition of recognition as well as condition of affiliation to a Board have to be complied with but the matter of day to day management like appointment of staff, teaching and non-teaching and administrative control over them, the Management should have the freedom and there should not be any external controlling agency.

The Petitioner contends that resort to plea of national interest in order to curb the rights of minority institutions was unwarranted as the issues in question were nowhere related with the national interest.

"Such rights cannot then be diluted by the State or its functionaries insisting that the appointment should be made only with the approval of the Director or by following the mechanism generally prescribed for institutions that do not enjoy the minority status," the Petitioner has submitted.

The petition has been drawn by Advocate Sarla Chandra.