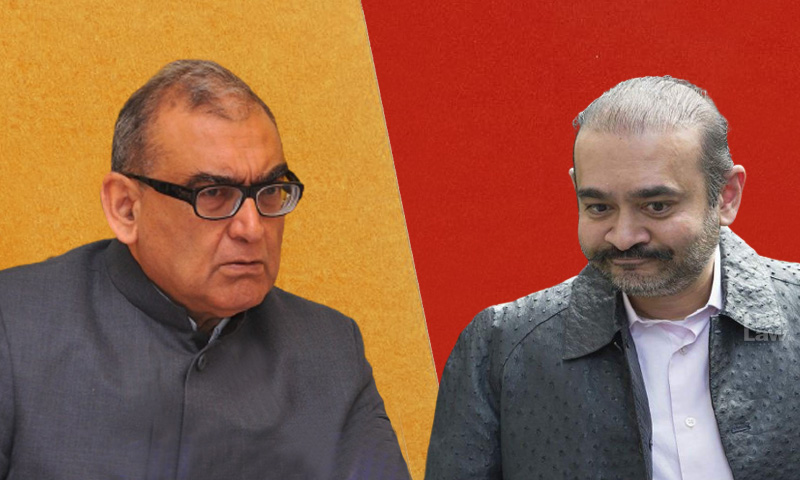 While rejecting Nirav Modi's challenge to the extradition request of Government of India in the Rs 14,000 crore PNB fraud case, a court in the United Kingdom discarded the opinon given by former Supreme Court judge Justice Markandey Katju regarding chances of fair trial rights being denied to the fugitive diamond merchant on account of lack of judicial independence.Justice Katju had...

While rejecting Nirav Modi's challenge to the extradition request of Government of India in the Rs 14,000 crore PNB fraud case, a court in the United Kingdom discarded the opinon given by former Supreme Court judge Justice Markandey Katju regarding chances of fair trial rights being denied to the fugitive diamond merchant on account of lack of judicial independence.

District Judge Sam Gooze of Westminster Court, London, who heard the Nirav Modi case, not only discarded Katju's evidence but also made certain sharp observations against the former judge.

The UK judge said that he attached "little weight to Justice Katju's expert opinion" as it was "less than objective and reliable".

"Despite having been a former Supreme Court judge in India until his retirement in 2011 his evidence was in my assessment less than objective and reliable. His evidence in Court appeared tinged with resentment towards former senior judicial colleagues. It had hallmarks of an outspoken critic with his own personal agenda", the UK Court said.

Going further, the Court took exception to Justice Katju going to the media before giving evidence, and said that it was a "questionable conduct for someone who served the Indian Judiciary at such a high level".

The UK Court also noted that though Justice Katju was critical of former CJI Gogoi accepting a Rajya Sabha nomination after his retirement, Justice Katju himself was a beneficiary of post-retirement job as he was appointed as the Chairperson of the Press Council of India.

"He(Katju) made bold assertions about corruption across the judiciary in India (including former Chief Justices) and that the Supreme Court had surrendered itself to the executive. Of note, despite being critical of a former Chief Justice passing a verdict in a Supreme Court case in exchange for a nomination to the upper house of Parliament in India on his retirement on a quid pro quo basis, suggesting collusion and corruption, Justice Katju himself secured appointment by the Government to Chairman of the Press Council of India following his own retirement", the UK Court said in the judgment.

Not stopping there, the UK judge further said :

"Despite being highly critical of the "trial by media" and its impact on NDM's case, he(Katju) took the astonishing decision to brief journalists in relation to the evidence he was giving in these proceedings, creating his own media storm and adding to the heightened media interest to date".

No evidence to say judiciary in India no longer indpendent

The Court observed that there was no cogent and reliable evidence that the judiciary in India was no longer independent, or capable of managing a fair trial even in a high profile case with media interest.

"As Ms Malcolm and Mr Hearn correctly remind me in their final written submissions, of the observations made by the Solicitor General of India. India is governed by it written constitution which has at its core the fundamental principle of the independence of the judiciary by virtue of the separation of powers between judiciary, the executive and the legislature. There is no cogent or reliable evidence that the judiciary in India are no longer independent, or capable of managing a fair trial even where it is a high-profile fraud with significant media interest".

Katju's 'astonishing' statements highlighted by Government of India during cross-examination

During the cross examination, the lawyer representing the Government of India, Ms Helen Malcom Queen's Counsel and Nicholas Heren, highlighted some 'astonishing' public comments made by Justice Katju.

Katju's comments such as "90% Indians are fools", "gay relationships are humbug and non-sense", "women who remain single are prone to psychological problems", "50% of judges are corrupt" etc were brought up by the India Government's lawyers.

Katju denied the suggestion that he was a self-publicist who was making outrageous statements to garner media attention.

"In cross-examination, Justice Katju made some astonishing, inappropriate and grossly insensitive comparisons. He stated that because the BJP cannot solve the economic crises it is just like "Hitler and the Jews" "Nirav Modi is the Jew that must be blamed for all the problems in India". When challenged about his imputations about the investigation, he stated that he was not commenting on the merits of the case but that NDM cannot get a fair trial".

The UK Court also rejected the expert opinion given by Justice Abhay Thipsay, former judge of the Bombay High Court, regarding the non-applicability of the offence of cheating against Nirav Modi.

"I attach no weight to his opinions set out in his reports and in oral testimony", the Court said.

Justice Thipsay had refused to give further evidence in the proceedings after his participation in the case drew criticism from the Union Law Minister Ravi Shankar Prasad. Therefore, the Court said that his evidence could not be subjected to scrutiny.

"I do not concern myself with political commentary and opinions of politicians in India about Justice Thipsay's evidence. However, Justice Thipsay is a retired High Court Judge in India, giving evidence as an expert in this extradition request on behalf of NDM. He is aware of the nature and interest in these proceedings. He would equally be aware of his own political connections to Congress which it transpires he joined after his retirement. Justice Thipsay refused to give live evidence when the extradition hearing resumed. Justice Thipsay is a retired judge who has aligned himself with a political party on his retirement and received adverse commentary in the media. However, he also engaged and courted with the media himself. His additional reports and opinions subsequently submitted by the defence have not been subject to scrutiny. His unwillingness to give further evidence in these proceedings, simply because he did not get the protections which in my view there was no sound basis to grant, meant his opinion went unchallenged by the GOI. There has been no ability for the Court to further scrutinise his expert testimony.Overall,these factors have the effect,in my assessment,of nullifying any weight I would have attached to his evidence"

The Court opined that there was a triable case against Modi.

Rejecting all grounds of challenge raised by Modi, the UK Court forwarded the case to the Secretary of the State to decide as to whether Nirav Modi is to be extradited.

After the reports of the scam surfaced in February 2018, Modi fled India in May 2018, along with his relative Mekul Choksi. In March 2019, he was arrested in London by UK police at the request of Indian authorities.