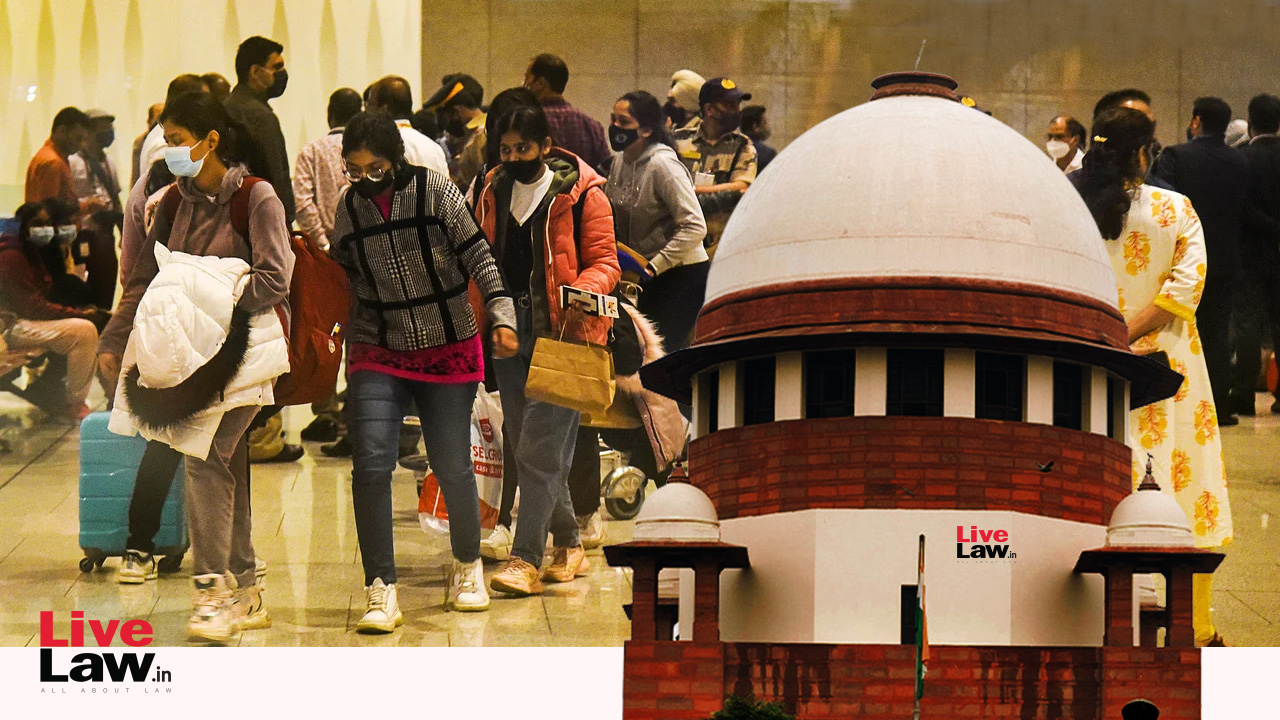 The Supreme Court, on Wednesday, adjourned a batch of petitions seeking to allow nearly 20,000 Indian students who had to return from Ukraine due to the Russian attack to complete their medical education in India for six weeks.

Additional Solicitor General of India Aishwarya Bhati told a Bench comprising Justices BR Gavai and Vikram Nath that following the earlier order of the Court, the Centre has constituted an expert committee, which already has met once.

"They also want to do some consultation with the States. Kindly give us six more weeks so we can find a solution. This is for penultimate year students."

Last month, the Court asked the Government to constitute a committee of experts to find out solutions for the students' situations, because these students can be a national asset when the country is facing a dearth of doctors.

Today, another advocate from the petitioners' side pointed out that all students­—first to fifth years are affected as the war in Ukraine is “still raging”.

"We are very slow in interfering in such matters. Sometimes there are hard cases…”, the Bench immediately commented.

Further, the bench asked if the advocate was requesting to fully waive practical examinations.

"We can't go on compromising with medical education", the Bench stated while making it clear that it was not inclined to take any decision by itself. "We have constituted a committee. We will go by whatever it says."

Another advocate pointed out that the Foreign Medical Graduates Examination took place on January 20. More students are going to get inducted and it is going to get larger. She, therefore, sought a shorter date.

But as per the Court’s directions, the solution would only be for penultimate year students and that too, for those who fall within the timeline prescribed by the NMC, ASG reminded.

“Allotment will happen based on this pool. If more and more students are added, and this decision comes later, then I will go back in line”, submitted the advocate.

The Court expressed that it was only doing this exercise on humanitarian grounds and that the petitioners otherwise did not have a case.

Another advocate sought to segregate his matter from the batch of petitions.

“The narrative that I'm raising is completely different. As per the Geneva convention, these students which were forced to leave the country because of war...they have become victims of war."

We have to issue notice to the UNO?, the Bench asked.

"We are looking at the interest of these students. That’s not just admissions. They have many rights under the convention", he said. "The Convention is a universal convention to which we are a signatory and there are lots of benefits."

“Is this on behalf of the students or a PIL?”, the Bench queried

“I'm filing the PIL on behalf of the National Medical Forum’, the advocate replied.

Yours is a larger issue to address, the Bench said while de-tagging his plea.

“The Ld. Solicitor General is using her good offices to ensure that something is done”, the Bench said.

Another Advocate pointed out that when NMC said they will take care of the Ukraine students, they never said that only final-year students were included.

"It’s very difficult to appreciate that from first year onwards, we will start admitting students, those who have not even completed 20% of the course”, the bench observed.

Senior Advocate R Basant, looking for a similar request, sought the indulgence of the court for other students apart from final-year students also.

“We have constituted a committee of experts. We don't possess any expertise in the matter. Let experts apply their minds and we will go by the recommendation. It is up to their discretion to what class of students that it should apply”, the Bench said while adjourning the matter.

Case Title: Archita and others versus National Medical Commission and others WP(c) 607/2022 and connected cases.