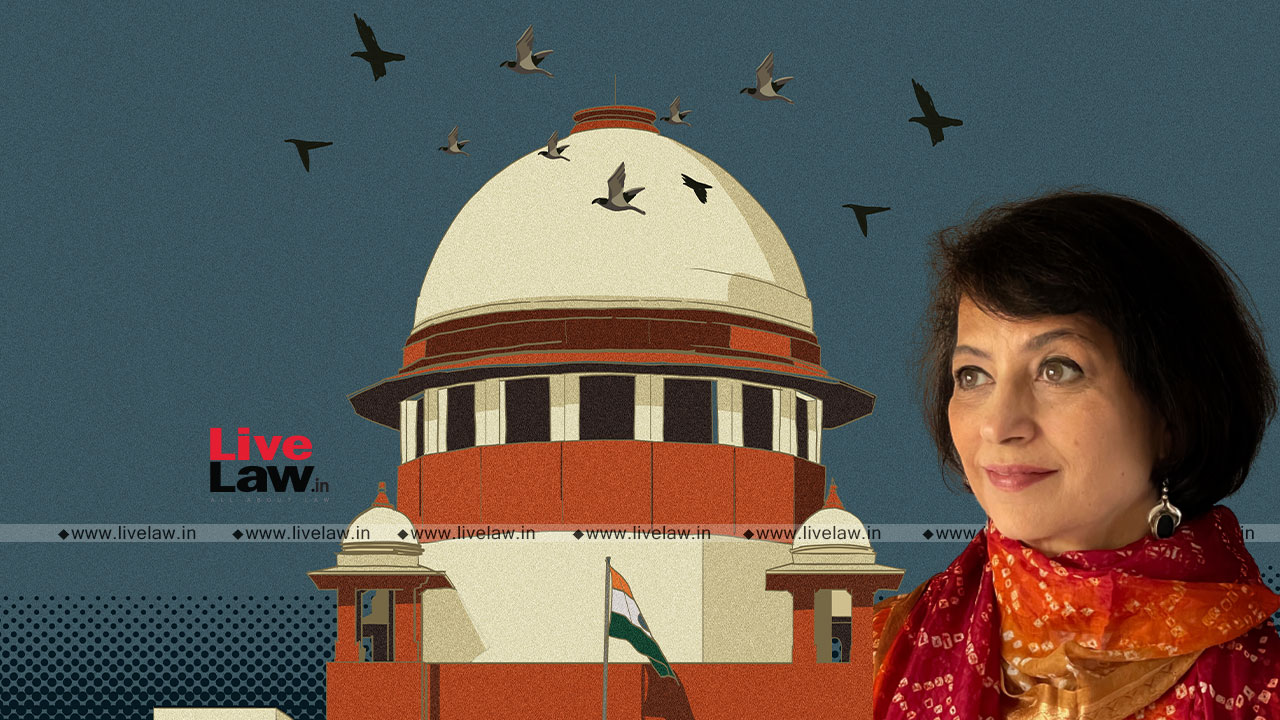 x
The petitioner highlighted that deposits of over Rs 4000 crores are lying unclaimed since the legal heirs are either untraced or unknown.

The Supreme Court on Friday issued notice in in a public interest litigation (PIL) filed by financial journalist and Managing Editor of Money Life Sucheta Dalal concerning unclaimed funds of investors and depositors which are taken by various regulators and are not accessible to the rightful legal heirs of such funds.A bench comprising Justice Abdul Nazeer and JK Maheshwari orally observed...

The Supreme Court on Friday issued notice in in a public interest litigation (PIL) filed by financial journalist and Managing Editor of Money Life Sucheta Dalal concerning unclaimed funds of investors and depositors which are taken by various regulators and are not accessible to the rightful legal heirs of such funds.

A bench comprising Justice Abdul Nazeer and JK Maheshwari orally observed that "it is a very important issue" and issued notice on the PIL. Advocate Prashant Bhushan appeared for the petitioner.

The petition sought directions from the Court to the Respondents (Ministry of Finance, Reserve Bank of India, Ministry of Corporate Affairs and SEBI)  to ensure that unclaimed funds of the public that get transferred to Government owned funds through the Depositor's Education and Awareness Fund (DEAF), Investor's Education and Protection Fund (IEPF) and Senior Citizen's Welfare Fund (SCWF), on the ground that the same were not claimed by the legal heirs/nominees, were made available to said legal heirs/nominees by providing information of holders of inoperative/dormant accounts on a centralized online database.

As per the petition, another reason for unclaimed funds was that the information of the deceased investors whose deposits, debentures, dividends, insurance and post office funds etc., had been transferred to the IEPF, were not readily available on the website of IEPF. The petition alleged that while the IEPF authority publishes the name of the people whose money has been transferred to the fund on the IEPF website, several technical glitches are encountered when the website is accessed. Resultantly, people were forced to engage middlemen to get their refunds.

Due to the same, the petitioner stated that the amount lying with the IEPF, started at Rs.400 crore in 1999, and skyrocketed 10 times higher at Rs.4,100 crore at the end of March 2020. The petition submitted that even those banks that do offer the data on deceased account-holders failed to serve the intended purpose as legal heirs were unaware of the very existence of a bank account.

In view of the above, the petitioner prayed for the development of a centralized online database under the control of the Reserve Bank of India, that would provide information about the deceased accountholder including such details as the name, address and last date of transaction by the deceased accountholder. Further, the petition stated that it should be mandatory for banks to inform RBI about the inoperative or dormant bank accounts. This exercise should be repeated after an interval of 9-12 months.

The petition also submitted that a majority of banks, both public and private, as well as Non-Banking Financial Companies (NBFCs) and Depositories such as National Securities Depository Limited (NSDL) and Central Depository Services Limited (CDSL) insist on legal documents such as a succession certificate, probate etc that require the legal heirs to approach the court. The court proceedings that ensue as a result thereof are both cumbersome and unnecessary. Thus, in order to ensure a speedy and hassle-free claim process and to avoid unnecessary litigation, an easier procedure should be adopted, as per which, banks as well as other financial institutions shall not insist on production of court orders if there is a clear and undisputed Will; or if the legal heirs had filed a claim alongwith an undertaking/affidavit and have given an indemnity regarding the amount in the bank and the said claim is advertised by the bank in the newspapers etc. and the same was not disputed.

While noting that the issue raised by the petition was quite important, the Supreme Court has issued notice in the matter.