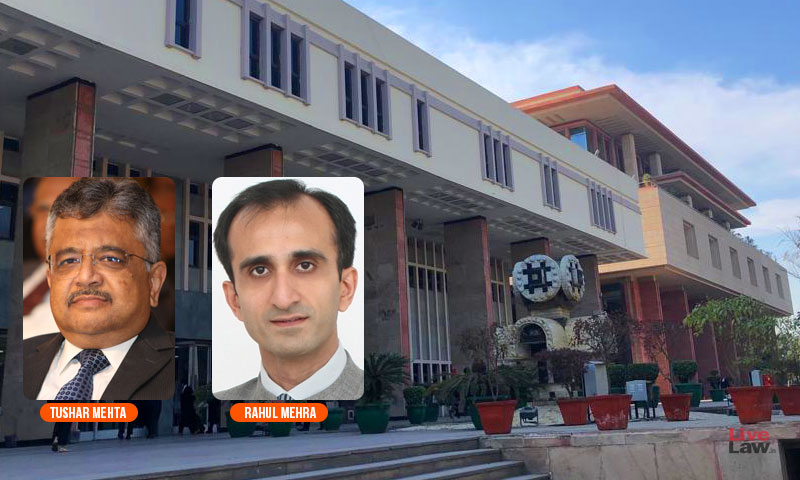 Not a single hearing in cases pertaining to Delhi riots has gone by without involving a disagreement between the Centre and the Delhi Government as to who should represent the Delhi Police. As quoted by the concerned lawyers themselves, this controversy is becoming uglier with each passing case. Even though this debate surfaces in every hearing, the judges have shown complete...

Not a single hearing in cases pertaining to Delhi riots has gone by without involving a disagreement between the Centre and the Delhi Government as to who should represent the Delhi Police.

As quoted by the concerned lawyers themselves, this controversy is becoming uglier with each passing case. Even though this debate surfaces in every hearing, the judges have shown complete lack of interest in delving into the same.

However, on one occasion the Delhi High Court did pass an order specifically on this controversy. In the case of Aqil Hussainv. GNCTD, by an order dated 30/05/20, the Division Bench of Justice Vipin Sanghi and Justice Rajneesh Bhatnagar had noted that:

'We hope and expect that such issues, where the controversy pertains to who should represent Delhi Police, would be similarly resolved in other cases as well, so that the focus of the Court remains on determination of the merits of the disputes before it, rather than on such like issues.'

In that case, and in all the cases after that, Mr Rahul Mehra who is the Standing Counsel (Criminal) for the Delhi Government, argued that as per the law settled by this Court and the Supreme Court, it is only on the aid and advice of the Council of Ministers of the GNCTD that the power under Section 24(8) Cr.P.C. to appoint the Special P.P./ Special Counsel can be exercised by the Lieutenant Governor, and that the Lieutenant Governor has no independent power to make such appointments.

In response to this argument, the Centre, which is represented by Solicitor General Tushar Mehta, informed the court that by a communication dated 29/05/20, from the Home Department of Delhi Government to the Deputy Commissioner of Delhi Police, Solicitor General Tushar Mehta has been appointed as a Special Counsel to Represent Delhi Police in the cases pertaining to Delhi Riots.

In addition to this, a team of Special Counsels for Delhi Police would also include ASG Maninder Acharya, ASG Aman Lekhi, Standing Counsel (UOI) Amit Mahajan, and Advocate Rajat Nair.

The follow up argument forwarded by Mr Rahul Mehra usually refers to the fact that the each status report filed in these cases on behalf of the Delhi Police must be routed through his office as he's the Standing Counsel (Criminal) for GNCTD.

'I don't have any problem with SG representing the Delhi Police. However, they must move a file through my office first. I don't understand why they don't do that', Mr Mehra mostly submits.

On the other hand, the continuous stance taken by the Centre is that issue involved in the present matter, with regards to who should represent Delhi Police, does not necessarily reflect the understanding of the Union of India with regard to interpretation of the judgment of the Constitution Bench of the Supreme Court in State (NCT of Delhi) Vs. Union of India & Another, (2018) 8 SCC 501.

For instance, in the bail matter of Safoora Zargar, who is accused under UAPA for allegedly instigating Delhi riots, SG Tushar Mehta argued that:

'Centre has appointed us to represent Delhi Police in these cases because it has an interest in these cases. A Standing Counsel for the Delhi Government is not the Law Officer of the Centre.'

The time and again invocation of this pending controversy, which has gotten murkier with each case, adversely affects the interests of the accused in the cases pertaining to Delhi riots.

For instance, disgusted by the said controversy being invoked again in the bail application of another Delhi riots accused Faisal Farooq, SG Tushar Mehta requested the court to remove his appearance from the order. The said controversy also led to an unwarranted and unnecessary adjournment of the matter.

During the proceedings in Faisal Farooq case, there arose a controversy as to the appearance of Solicitor General Tushar Mehta, after Rahul Mehtra, Standing Counsel (Crime) for Delhi Government objected to the same. This led to the Solicitor General withdrawing his name from the petition "out of disgust".

The matter was renotified at 2.30 PM to resolve the issue as to appearance.

At 2.30 PM, ASG Aman Lekhi appeared and Amit Chadha, APP appeared in place of Rahul Mehra, and made a joint request for adjournment to resolve the issue.

During the hearing in the Safoora Zargar case, Justice Rajiv Shakhdher observed that this "tug of war" as to who should represent Delhi Police should not jeopardise the relief sought by the accused.

Therefore, it is in the interest of justice that this controversy must be judicially resolved as soon as possible. Instead of brushing the issue under the carpet or relying upon both the governments reaching a mutual decision, the court must take up this matter and pass an order on the constitutional interpretation of this controversy.