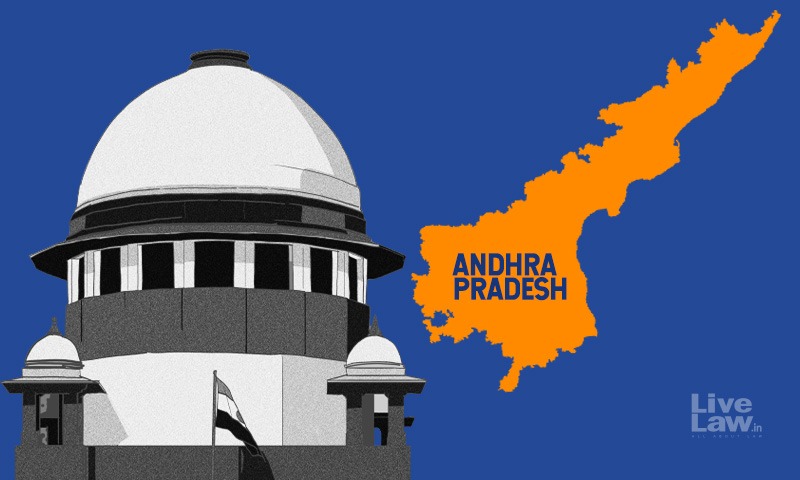 The State of Andhra Pradesh has filed a writ petition before the Supreme Court over a dispute with the State of Telangana regarding sharing of Krishna river water.The writ petition seeks to direct the Union of India to notify the Krishna River Management Board's (KRMB) jurisdiction under Section 87 of the Andhra Pradesh Reorganisation Act, 2014. It also sought directions to KRMB to comply...

The State of Andhra Pradesh has filed a writ petition before the Supreme Court over a dispute with the State of Telangana regarding sharing of Krishna river water.

The writ petition seeks to direct the Union of India to notify the Krishna River Management Board's (KRMB) jurisdiction under Section 87 of the Andhra Pradesh Reorganisation Act, 2014. It also sought directions to KRMB to comply with the Krishna Water Disputes Tribunal (KWDT-I) decision until their jurisdiction is notified.

The said decision by KWDT rendered under Section 5(2) and 5(3) of the Inter-State River Water Disputes Act, 1956 (Act, 1956) granted liberty to the erstwhile State of Andhra Pradesh to utilize the surplus flows over and above 75% dependable flows but without any right over such use. The allocation made to the erstwhile State of AP was 800 TMC, and the return flows, totaling 811 TMC.

The present petition arises out of the allegation against the State of Telangana of indiscriminately drawing water for power uses contrary to the rules of the integrated operation of the Reservoirs and the provisions of the 2015 Agreement.

The petition has been drawn by Advocate G Umapathy and settled by Senior Advocate Dushyant Dave and filed through Advocate Mahfooz Nazki.

Section 87 of the 2014 Act deals with 'Jurisdiction of Board'; it stipulates that the Board shall ordinarily exercise jurisdiction on "Godavari and Krishna rivers in regard to any of the projects over headworks (barrages, dams, reservoirs, regulating structures), part of the canal network and transmission lines necessary to deliver water or power to the States concerned, as may be notified by the Central Government, having regard to the awards, if any, made by the Tribunals constituted under the Inter-State River Water Disputes Act, 1956."

In terms of Section 87 (1), the Board can exercise jurisdiction only in respect of such aspects as are notified by the Central Government. However, the petitioner's grievance is that such a Notification has not been issued to date. In a 2020 meeting between the two states and the Government of India, the notification for "Jurisdiction of Krishna River Management Board" was suggested by the Government of Andhra Pradesh and agreed to by the Secretary, Water Resources, Government of India. The Apex Council also resolved that the Government shall notify the jurisdiction of GRMB and KRMB of India. Since then, there also has been a series of meetings of KRMB, but they have failed to bring any fruitful resolution.

The petition states that the inaction of the Center is seriously affecting the "interests of the inhabitants of the Petitioner State depending on waters of River Krishna." There has been an inordinate delay over seven years in discharging its statutory functions.

The petition alleges that because of no progress on notification of the jurisdiction of KRMB, Telangana is seriously affecting the water supply to Andhra Pradesh for irrigation and other purposes. This has resulted in severe depletion in the Srisailam Dam project because of the use of water from there for the generation of power in Telangana State and established by "daily readings" submitted by Authorities of that Dam.

However, instead of complying with the same, Telangana has issued a notification notifying a decision to Generate Hydel Power in the State up to 100% installed capacity and passing appropriate directions of TSGENCO. The petition states it is without jurisdiction as the State of Telangana has no "control over the common Reservoirs Srisailam and Nagarjunasagar and storage in these reservoirs is common storage."

In this regard, the petition states,

"This has caused immense hardship for people of State of Andhra Pradesh as availability of water has been seriously prejudiced by depletion in the Srisailam Dam project as well as other projects such as the Nagarjuna Sagar Project and the Pulichintala Project."