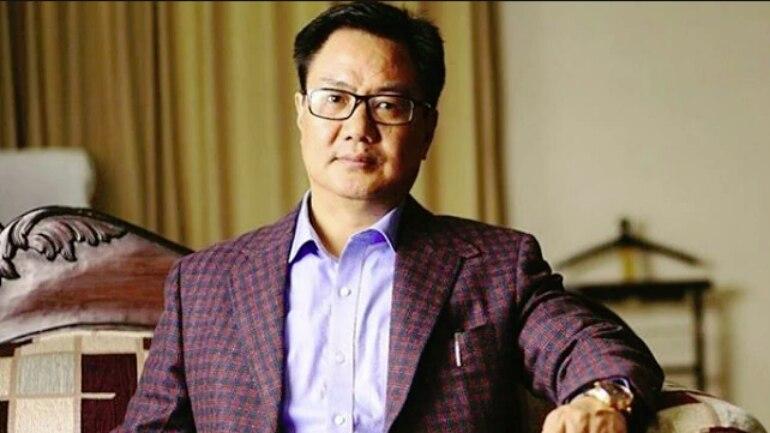 Many significant issues were raised last week in the parliament and in this article, we have tried to compile the responses tabled by the Union Law Ministry before the Loksabha regarding the status of Judicial Vacancy, Women Representation in the Indian Judicial System, Women reservation Bill, Lakshwadeep, etc.

Information was also sought regarding the representation of women and minority communities in the judiciary. The Minister was further asked as to whether any recruitment process had been undertaken to fill up the concerned vaccines.

Minister Rijju's response in this regard reflects the abysmal condition of judicial vacancies in the country. The data provided also revealed the poor representation of women in the Indian judiciary which has always been a persistent concern.

Furthermore, no appointment has been made to the Supreme Court since 2020. On the retirement of Justice Rohinton Fali Nariman and Justice Naveen Sinha next month, two more vacancies are scheduled to arise.

At present, the Supreme Court has only one woman judge i.e. Justice Indira Banerjee out of the existing 27 judges. High Courts of Manipur, Meghalaya, Patna, Tripura and Uttarakhand have no women representation whereas the High Courts of Gauhati, Himachal Pradesh, J&K and Ladakh, Jharkhand, Orissa, Rajasthan and Sikkim have only 1 female judge respectively.

Thus out of 567 working judges in the High Courts across the country, there are only 77 female judges.

No judicial appointments have been made in the High Courts of Chhattisgarh, Delhi, Gauhati, Himachal Pradesh, Jharkhand, Madhya Pradesh, Meghalaya, Patna, Sikkim and Uttarakhand since 2020.

A Supreme Court Bench comprising headed by former Chief Justice of India SA Bobde had remarked earlier this year that High Courts across the country were in a 'state of crisis' due to such increased vacancies. Accordingly, the Court had directed the Centre to notify appointments within 3 to 4 weeks after the Collegium reiterates its recommendations.

With regards to the representation of minority communities in the judiciary, the Minister further informed that no class/category wise data is maintained by the Central government. This is because appointments of Judges of the Supreme Court and High Courts are made pursuant to Articles 124, 217 and 224 of the Constitution of India, which do not provide for any such reservations.

In response to the query raised by MP Benny Behnan regarding the vacancy and shortage of judges in the lower Judiciary, the Law Ministry stated thus:

"Department of Justice is writing from time to time to Registrars General of all High Courts to expedite the filling up of vacancies in subordinate judiciary mandated by Malik Mazhar case."

It was further added that pursuant to Article 225 of the Constitution, the administrative control over the members of the district and subordinate judiciary in the States vest with the concerned High Courts.

"In certain States recruitment of judicial officers is conducted by the concerned High Courts whereas in some States the recruitment process is undertaken by the High Courts in consultation with the State Public Service Commissions...The Union Government does not have a role under the Constitution in the selection and appointment of judicial officers in District/ subordinate judiciary," it was submitted.

The Union Law Ministry in one its response stated that there is no proposal of Bar Council of India to withdraw the All-India Bar Examination (AIBE), the purpose of which is to set a minimum standard for the practice of law in India and access ability to practice law in India of the Advocates having basic knowledge of law and analytical ability.

This statement came in the response to a question by Kerala MP, Hibi Eden.

Interestingly, while the ministry said that this exam is to check the capability of a lawyer in usage of various substantive and procedural laws with books and bare acts, the Bar Council of India had recently decided that All India Bar Examination-XVI (AIBE-XVI) onwards, no books, notes, or study material will be allowed in the Examination Hall.

However, the Candidates would be allowed to carry Bare Acts without notes.

In response to DMK MP Kanimozhi Karunanidhi question as to whether the Government proposes to bring the Women's Representation Bill for providing 33 per cent reservation for women in Parliament and State Legislatures, the Law Ministry said:

"Gender justice is an important commitment of the Government. The issue involved needs careful consideration on the basis of the consensus among all political parties before a Bill for amendment in the Constitution is brought before Parliament"

It is important to note that this response is verbatim the same when compared to the government's reply given two years ago in 2019, when it was asked this very question.

The Government told the Loksabha that it is promoting Alternate Dispute Redressal System as it is time-bound, simpler, more convenient, and less expensive compared to the traditional court system.

The Government further clarified that Alternative Dispute Resolution (ADR) mechanisms do not prescribe that persons without legal knowledge and legal education cannot be appointed as presiding officer.

"These are informal process and the appointment of the presiding officer is done as per the principle of party autonomy," added the Court.

The Government was responding to various questions put up by Revolutionary Socialist Party MP N.K. Premachandran.

No Proposal Received From Lakshadweep Admin. To Transfer Jurisdiction From Kerala HC To Karnataka HC

The Central Government also clarified to the Parliament that it had not received any proposal from the Lakshadweep Administration to the effect of transferring its legal jurisdiction from Kerala High Court to the Karnataka High Court.

Pendency of cases in various courts of Uttar Pradesh:

The Ministry also informed the Loksabha that between March 2020 and June 2021, the District Courts heard a total of 74,15,989 cases using the digital system. The case disposal status by digital and physical hearing is however not separately maintained. During the same period, a total of 97,21,491 cases were disposed of in all States/UTs by digital and physical hearing.