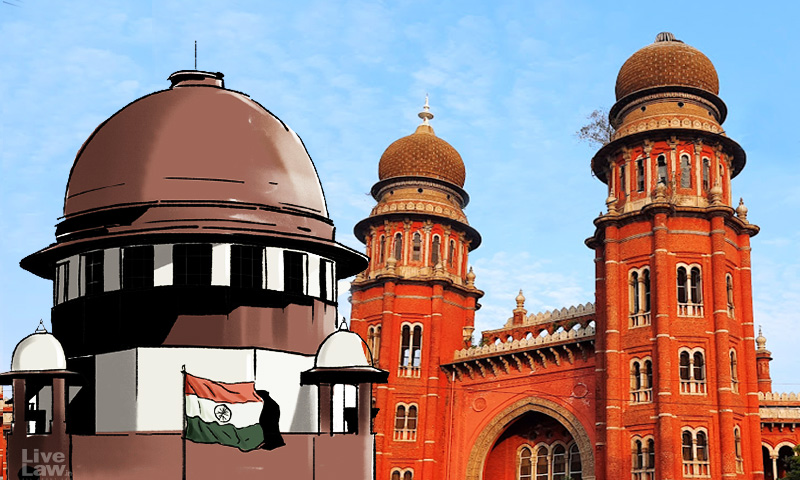 The Supreme Court of India on Friday issued notice on a Special Leave Petition alleging that an order pronounced by the Madras High Court and subsequently uploaded on its website was later replaced by a different order. [J. Mohammed Nazir v. Mahasemam Trust]

The impugned order dated September 9, 2022, was passed by a Division Bench of the High Court. Senior Advocate K. Subramanian, appearing on behalf of the petitioner, alleged that the initial order was later deleted, and a modified order was uploaded in its place. The operative portion, containing a direction issued to the respondent to deposit Rs 115 crores in Indian Bank Annanagar, Chennai trust, was deleted, claimed Subramanian. He explained –

"There are two orders. The first is the order pronounced in open court and signed by the learned Judge on September 1. This was uploaded onto the website on September 5. This was later deleted. In the order that is now available, certain paragraphs have been modified, and the direction to deposit Rs 115 crores deleted. On September 7, we were given a certified copy of this second order."

Then, the senior counsel prayed –

"Your Lordships, the matter deals with a public trust. We would like the status quo ordered originally by the High Court to be restored. Otherwise, they will withdraw all the amounts."

The becnh of Justices Ajay Rastogi and B.V. Nagarathna, before whom the counsel made his submissions, was confounded. After comparing the copies of the original and the modified order, the bench dictated the order–

"A very unusual situation has been brought to our notice by counsel for the petitioner. The Division Bench of the High Court concluded the hearing on August 29, 2022. On September 1, the Bench pronounced its order in open court. The order which was pronounced by the High Court and which the petitioner has downloaded from the website of the High Court [has been produced]. But after two days, this order was replaced and a different order was uploaded. A certified copy of the different order [has also been produced]. We have gone through both orders. Certain paragraphs are completely missing and deleted from the order that is now available on the website of the High Court. The original order was removed from the website…Before we go into the merits of the grievance which has been placed by the petitioner, this matter requires further enquiry."

Having emphasised the need for further enquiry, the Bench sought responses from the respondent as well as the Registrar-General of the Madras High Court. A deadline of four weeks was set for the Registrar-General to furnish the status report. Further, the Bench directed that the status quo shall be maintained in terms of an earlier order passed by the High Court in the meantime. At the end, Justice Rastogi remarked –

"This is very strange."

"Yes, My Lord, in my 50 years of practice, I have never come across something like this."

"And in our 40 years also, we have not seen anything like this.

"It appears that somebody from the lawyer's offices is also involved. Such kind of things cannot happen without cooperation."