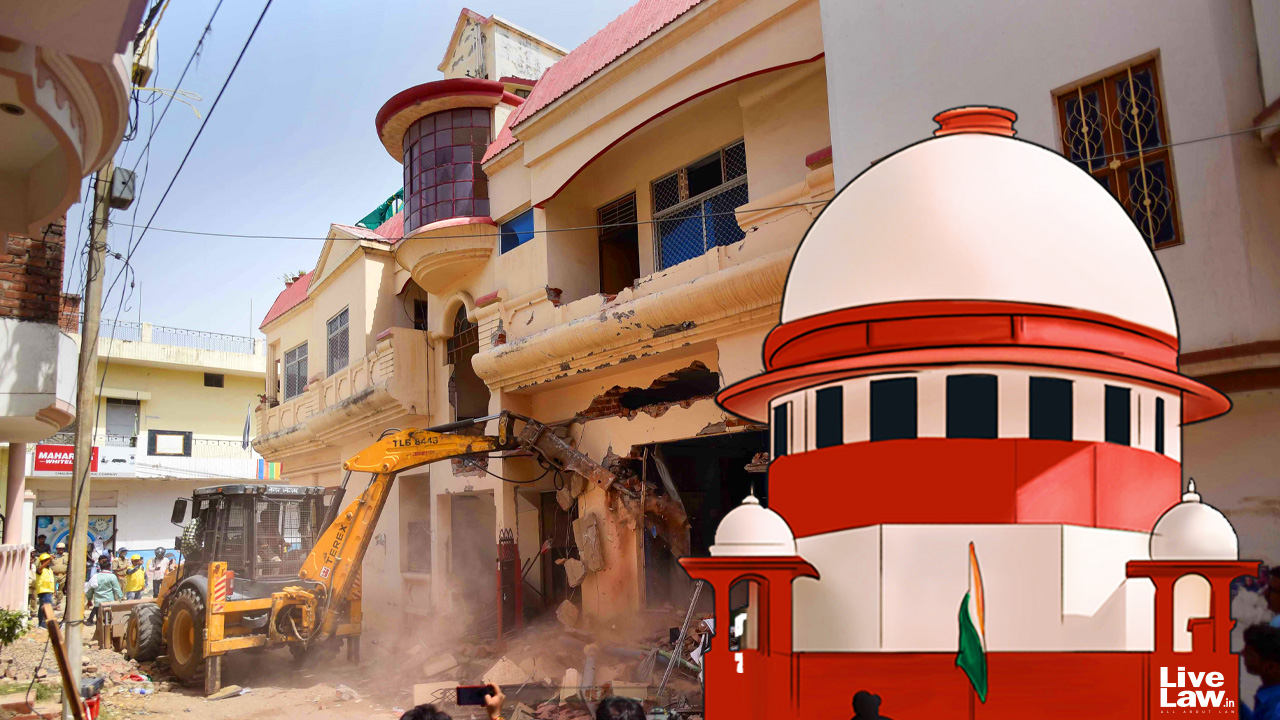 Supreme Court will hear an application by Jamiat Ulama-I-Hind seeking directions to the State of Uttar Pradesh to ensure that no further demolitions are carried out in the State without following due process.

The vacation bench of Justices Surya Kant and JB Pardiwala will hear the matter today.

UPDATE: The Supreme Court on Wednesday adjourned the application filed by Jamiat Ulama-I-Hind alleging that the authorities in the State of Uttar Pradesh had resorted to demolition of properties as a punitive measure for protesting against the remarks on Prophet Muhammad.