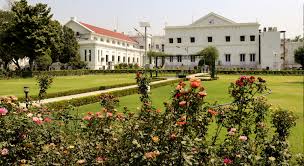 The Governor of Uttar Pradesh has promulgated the Uttar Pradesh Public and Private Property Damages Recovery Ordinance, 2020. The Ordinance, which was cleared by UP government in a cabinet meeting, will enable the state government to recover damages from any person/ miscreant causing damage to any private/ public property during protests/ demonstrations/ hartal/ bundh/ riots/...

The Ordinance, which was cleared by UP government in a cabinet meeting, will enable the state government to recover damages from any person/ miscreant causing damage to any private/ public property during protests/ demonstrations/ hartal/ bundh/ riots/ public commotion.

The decision comes in light of the recent observations made by the Supreme Court and the High Court against the 'name and shame' hoardings erected by the UP administration in Lucknow.

In response to sweeping destruction and damage caused to public and private property during the anti-CAA protests in Lucknow on December 19, 2019, the Yogi Adityanath led government raised hoardings containing photographs and details of persons accused of violence.

The move drew flak from the Allahabad High Court, which took suo moto cognizance of the banners last week and ordered "forthwith" removal, citing violation of the right to privacy of the individuals.

An appeal from that order was preferred by the state, while hearing which the Supreme Court asked the government about the law which supported the action of putting up hoardings containing the name of alleged rioters. Thereafter, the matter was referred to a larger bench for consideration of "issues which needed further consideration by a bench of sufficient strength".

Consequently, the abovementioned Ordinance was cleared by the state cabinet on Friday, March 13.

The Ordinance prescribes that during protests/ demonstration/ etc.:

For adjudicating these claims, the Ordinance stipulates establishment of a Claims Tribunal at such places as may be notified.

All claims petitions will be filed before the Tribunal within 3 months from the alleged date of incident. A 30 days condonation of delay provision has also been prescribed, subject to the applicant showing reasonable cause.

Notice to parties, appearance and filings

A notice of the initiation of proceedings will be sent to the opposite party by the Tribunal, along with a copy of the claim petition. Persons who fail to appear on the appointed date will be proceeded ex-parte.

The opposite party may file its written statement, within 30 days from the date of service of notice.

The Tribunal may take evidence on oath and summon the documents, as may be required.

The Tribunal may, in its discretion, allow any party to appear himself before it through a legal practioner.

The Tribunal will be empowered to provide appropriate compensation to the claimants, based on the principles of absolute liability. Such liability will be borne by the actual perpetrators/ instigators of the crime.

The Tribunal will have all the powers of a Civil Court. It has also been empowered to hold local inspections by visiting the site of incident which in its opinion is necessary for a proper decision, at any stage of the enquiry.

The judgment of the Tribunal will record the findings on each issue with reasons, amount of compensation and joint/ severable liability.

The decision of the Tribunal will be final and no appeal will be maintainable against such order before any court.