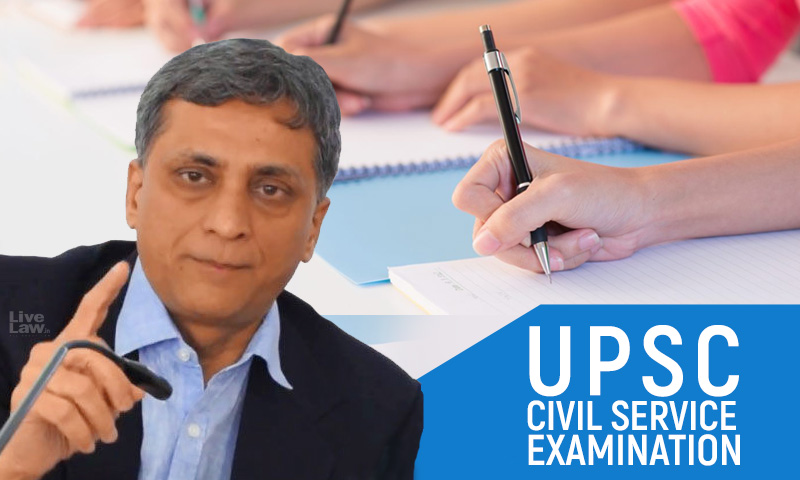 Senior Advocate Shyam Divan argued in the Supreme Court on Tuesday for granting extra-chance without upper age limit for civil service aspirants who gave their last attempt in the UPSC exams held in October 2020."It's completely unjustified to not relax the limit. They have a power and the duty to relax this", Divan submitted before a bench headed by Justice AM Khanwilkar.While acknowledging...

Senior Advocate Shyam Divan argued in the Supreme Court on Tuesday for granting extra-chance without upper age limit for civil service aspirants who gave their last attempt in the UPSC exams held in October 2020.

"It's completely unjustified to not relax the limit. They have a power and the duty to relax this", Divan submitted before a bench headed by Justice AM Khanwilkar.

While acknowledging that relaxation of age limit was ultimately a policy decision, Divan submitted that the yardstick for consideration should be different this year in view of the extraordinary difficulties caused by the COVID-19 pandemic.

"In an ordinary year, this argument would not be entertained or appreciated. But this year, it is not ordinary", Divan submitted.

The Centre has already agreed to give an extra-chance to those candidates who had exhausted their last attempt in October 2020. However, the Centre's relaxation was subject to the condition that such candidates should not be age-barred.

Today, the bench comprising Justices Khanwilkar, Indu Malhotra and Ajay Rastogi was hearing the arguments of the petitioners seeking the relaxation of the age-bar condition as well.

He submitted that there were past precedents of Centre granting age relaxation. He then elaborated on the impact caused by the pandemic and the lockdown on the preparations for exams.

Coaching classes were also not there. Plus, because of the pandemic, there was disruption in their homes. Then many were frontline workers who had to be at the frontline, duty-bound both by law and their conscience.

The crucial point is that some books were not available. Only shops and libraries have these books. It is not feasible to read pages and pages of material on phones and laptops.Of course, one can say that the material is there on the internet. But, there's no realistic way for a candidate to do well unless she has the indexed material.

Other people from metros may have superior internet connections which others across the country may not have. Then there's the issue of essential workers. They had to subordinate their personal interest of appearing in the exam to that.

He also submitted that the pandemic has impacted different sections differently.  For instance, take gender. Working women had enormous domestic difficulties in addition to their work.

"It's not that we are saying that "give us a job or give us a remuneration or something". We're only saying that give us one attempt which we lost in 2020. The overwhelming circumstances of the pandemic which impacted society", he said.

"The popular expression is "the year was cancelled". But, the exam was not cancelled", he added.

He mentioned that the beneficiaries of age-relaxation will be around 2300.

"Why should someone who faced the exact same difficulties due to pandemic be denied the benefit of extra chance just because of their age?" Shyam Divan argued before the Bench.

According to Divan, extra chance and age bar relaxation are "inter-twined" and such last chance candidates should be treated as a "homogenous class".

He submitted that the age bar given to the aspirants in the year 2015 was 34 years whereas if the same is given this year, the aspirants will be giving the exam at 33 years of age and hence it will not make much of difference. He also said that there was never a uniform policy with respect to age-bar. It has varied from 24 to 34 years over the years.

The arguments are in progress before the bench. Live Update may be read here.