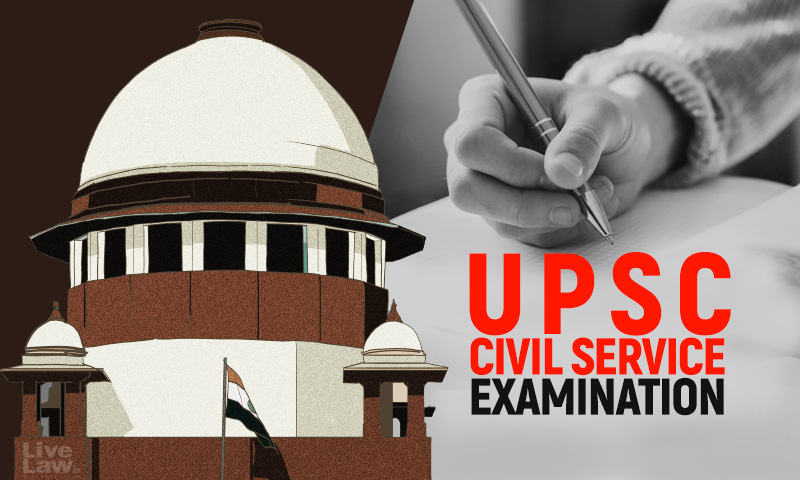 The Supreme Court on Thursday refused to pass directions to the Central Government and the Union Public Service Commission to grant one-time age-relaxation to those candidates who could not appear in the 2020 examination due to COVID-related difficulties and restrictions.

However, the bench comprising Justices AM Khanwilkar and Sanjiv Khanna gave the candidates liberty to submit representations before concerned authorities seeking extra attempt. The bench urged that the authorities may take a lenient view on the plea for extra chance in the light of the COVID pandemic situation.

The petitioners had approached the Court seeking extra-attempt citing the difficulties caused by the COVID pandemic last year..

While expressing sympathy with their situation, the bench said that the Court cannot direct the grant of extra-chance. The bench pointed out that in February 2021 a similar plea had been rejected in the case Rachna vs UPSC.

"The petitioners made an unsuccessful attempt to persuade us that the petitioners are not covered by the Rachna judgement. According to them, the situation was forced and not a case of non-appearance by choice. Although we may have sympathy for the situation that has occurred, but issues raised are covered in Rachna", the bench noted in the order.

However, the bench added :

"The only liberty that can be given to the Petitioners and applicants is to make representation to the appropriate authority who may consider it and take a lenient way in light of the relevant situation and the time. We are not expressing any opinion regarding resolution".

Senior Advocate Krishnan Venugopal, appearing for some of the petitioners, argued that the judgment in Rachna case dealt with only those candidates who had given the examination in 2020, and did not cover those who could not appear in the exam due to COVID-related difficulties and got age-barred for the 2021 exam.

Senior Advocates Maninder Singh, Gopal Shankaranarayanan, Devadatt Kamat, Advocates Malvika Trivedi and Sachin Sharma appeared for other petitioners/applicants. Some of the petitioners were age-barred candidates who had given their last attempt in the 2020 examination. Some applicants were doctors, who said that their preparations were affected as they were called upon to do COVID duties. Some could not attend the 2020 exam due to COVID infection or quarantine conditions. The petitioners argued that they form a separate class, as they are persons who could not attend the 2020 exam due to the restrictions imposed by the local authorities under the Disaster Management Act due to COVID.

According to them, the situation was one of forced default, for which they cannot be compared with candidates who did not appear in the examination by choice.

However, the bench expressed the view that the petitioners were virtually seeking a review of the Rachna judgment, which was rendered by a larger bench comprising 3-judges.

The bench also said that it cannot make a distinction between those who appeared in the 2020 examination and could not appear in the same.

"Either we grant relief to everybody or we don't grant it all. Otherwise it will lead to huge chaos. It will lead to so much litigation. In that context, Rachna judgement closes the chapter", the bench orally said during the course of arguments.