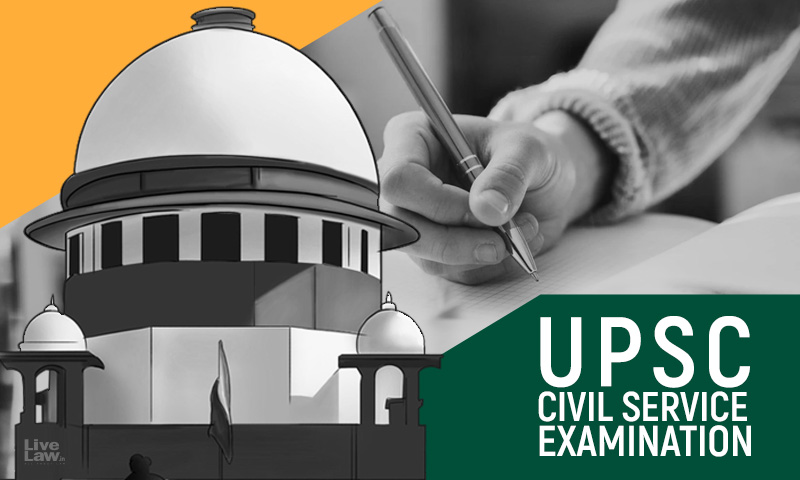 While opposing a plea for an extra chance for last attempt candidates in the civil service exams, the Additional Solicitor General of India SV Raju submitted before the Supreme Court that the UPSC prelims is "not an exam which requires more than one month's preparation".The law officer for the Government of India made this submission in the context of his argument that the demand for extra...

While opposing a plea for an extra chance for last attempt candidates in the civil service exams, the Additional Solicitor General of India SV Raju submitted before the Supreme Court that the UPSC prelims is "not an exam which requires more than one month's preparation".

The law officer for the Government of India made this submission in the context of his argument that the demand for extra chance was unwarranted as candidates were given sufficient time to prepare for the examination in 2020.

"Current affairs for 2020 would only be about COVID. This (Prelims) is not an exam for which elaborate preparation is required. One month of studying, one hour everyday is sufficient", the ASG submitted.

He pointed out that the examination, which was initially scheduled in May 2020 as per a notification issued in February 2020, was postponed and was ultimately held in October 2020. Therefore, the candidates got four-five months extra for their preparations.

"Educational qualification is basic graduate. Also, one paper is only a qualifying paper. Only Covid type questions were asked for current affairs. The issue is that this sort of paper would not require elaborate preparation. One hour over a month, and you can give it", the ASG said.

He further highlighted that the syllabi of the Preliminary examination has not changed since 2015, and therefore the candidates we aware of what is going to be asked.

The hardships due to COVID19 affected all candidates uniformly and if extra chance is given to last-attempt candidates, other candidates will also start demanding the same, leading to an "endless cycle", the ASG added.

"This is not the exam where you prepare at the last minutes. People prepare for years together," ASG Raju told the bench.

A bench comprising Justices AM Khanwilkar, Indu Malhotra and Ajay Rastogi has reserved judgment on the petition, which seeks an additional chance for those candidates who had exhausted their last attempt in the Civil Service Examination held in October 2020.

The petitioners and the intervenors, while welcoming the offer of extra chance, opposed the Centre's decision to confine it only to candidates not hit by the age-bar.

During the first half of the proceedings, Senior Advocate Shyam Divan submitted that not granting the relaxation in the age-bar was arbitrary and unreasonable.

He had submitted that "it was completely unjustified to not relax the limit" when the Centre had the power and the duty to do so.

Post-lunch, Advocate Anushree Kapadia, submitted that if the benefit is given only to last chance candidates subject to age-bar, SC/ST, PWD candidates will be excluded, as these categories have no restrictions on the number of attempts.

Senior Advocate Pallav Shishodia submitted that his clients are harshly hit, as they got age-barred by 10-12 days. He added that they were policemen and were involved in COVID duty. He submitted that if a policy was arbitrary or discriminatory, then the Court could interfere.

"The Court has the power to correct the policy under Article 142. My client was a Deputy SP. He had COVID, along with his wife and child. Soon after he recovered, the exam was held. He also misses the age bar by 21 days. There is need to temper justice with mercy", submitted Shishodia.

Senior Advocate PS Narasimha also argued on behalf of an Intervenor and submitted that if a discretion needed to be exercised, it had to be done in favour of everyone who was similarly placed. He sought for an extra chance because of the prevailing circumstances.

"What is the standard, my Lord? Any reasonable person would know and realise that the pandemic situation is very much compelling. There are multiple judgements where the Court has exercised some discretion", stated Narasimha.

Narasimha further the exercise of discretion will be discriminatory if it excludes the most needy. He also argued that granting of an extra chance would have no bearing on the integrity of the examination and would not affect the competing candidates.

Narasimha also submitted, "It is the last exam where people put in extraordinary efforts. They give it their all and pin their hopes on it. That chance has been taken away from them".

Advocate Aditya Chatterjee also put forth submissions on behalf of an intervenor who was a candidate with a comorbidity. He raised the issue that while MHA circulars forbade him from moving out of his house, he was asked to travel out of town for the exam.

"The main problem is that the interview about a personality, but this created a difficulty. Expression and personality are big factors. Our grievance is that there was an advantage to the ones who had appeared in March. We appeared in the 2020 interview, but our written examination was in 2019".

After the Petitioners and the Intervenors concluded their submissions, ASG SV Raju argued on behalf of the Centre.

He commenced his submissions by stating that it was not in the domain of an inquiry by the Court as to whether a policy was required or not, and that the only ground on which a court could interfere would be if the policy framed was completely capricious and arbitrary.

"What should be the syllabi, age or number of attempts are matters of governmental policy. Whether to grant relaxation for age or attempt is also a matter of policy. Interference can happen if the decision is non-informed, arbitrary or capricious. Our submission is that the writ petitions are completely premature", submitted the ASG.

The Bench, at this juncture, raised the issue pertaining to lateral entry and brought to the attention of the ASG that age-limit was 45 and there was no attempt bar. Therefore, the government was clearly allowing entries without an age-bar, the bench observed.

The ASG also stated that the candidates were aware of what all would be asked and that they had been given five extra months on account of COVID for preparation. He buttressed the submission with the point that the candidates were appearing for an exam based on consent. Having taken part in the exam accepting its terms, they cannot now turn around to challenge it.  Therefore, they could not simply accept clauses that were beneficial to them while rushing to the Court for anything that was not agreeable.

It was also submitted by the ASG that no decision could be passed without hearing the candidates appearing for the 2021 exams as they would be the ones who will have to face competition from those had been given an extra attempt.

On that note, the ASG concluded his submissions.

Before concluding the matter, the Bench noted that "both sides have argued fully and we know the situation. Either we dismiss all petitions or we give an order. We cannot be midway. We are left with limited options".

The Supreme Court has accordingly reserved the judgement in the matter.

Before the court concluded the arguments, the counsel for the UPSC sought to make submissions to clarify the bench's observations regarding lateral entry. The UPSC's counsel told the bench that there was age restrictions even for lateral entry. The bench asked him to submit written notes on that point.

This was in departure from the previous submission of the Central Government stating that the issue was under "active consideration" and that the government was not adopting an adversarial stance.

However, the Court informed the Central Government that an extra chance could be given, without necessarily increasing the age-limit.