Vegetarians Suffer Due To Eating Habits Of Some : Plea In SC Against Centre Promoting Meat Consumption Amid COVID-19 Lockdown 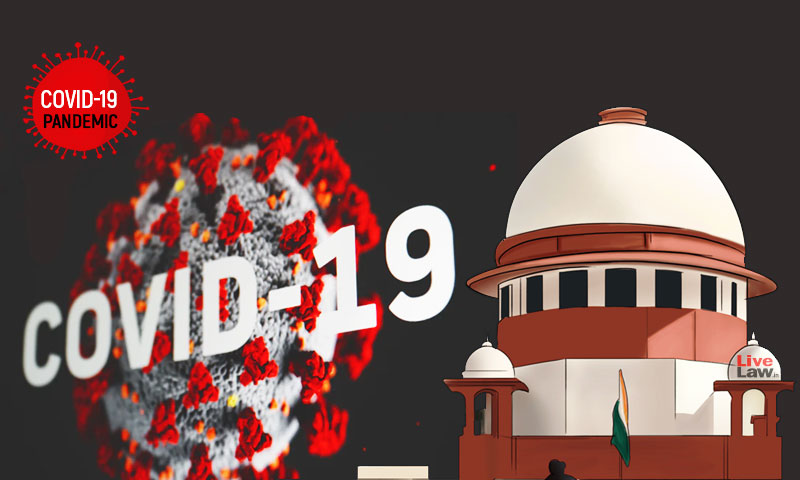 A Public Interest Litigation (PIL) filed in Supreme Court claims that the entire class of vegetarian people are facing the Corona Virus crisis due to the violent eating habits of meat eaters. Representing this class of vegetarian people, the Vishwa Jain Sangathan asserts that people eat domestic and wild animals merely for a 'change of taste' and in doing so, they have jeopardized all...

A Public Interest Litigation (PIL) filed in Supreme Court claims that the entire class of vegetarian people are facing the Corona Virus crisis due to the violent eating habits of meat eaters.

Representing this class of vegetarian people, the Vishwa Jain Sangathan asserts that people eat domestic and wild animals merely for a 'change of taste' and in doing so, they have jeopardized all of humanity which has been created through years of Natural Selection.

"This atrocious & barbaric habit for 'change of taste' of some directly hits at the very root of Article 21 of those animal lovers guaranteeing full protection of 'right to life' coupled with directive principles of state of policy contained in Articles 48, 48-A followed by Article 51-A(g) (inserted vide 42nd Constitutional Amendment) making it a constitutional duty for every citizen to 'protect and improve the natural environment including forests, lakes, rivers and wild life, and to have compassion for living creatures'."

As a long-term measure, the petitioner has thus sought directions to the Centre and State Governments for a complete ban on slaughtering of animals/fish/birds or chicken for the purpose of trade or consumption, in addition to directing the prohibition of slaughter of animals, especially chicken, by way of halal as well as to prohibit export of meat procured from any slaughter house.

With regard to the short-term, the plea challenges a circular dated March 30, issued by the Union Ministry of Fisheries, Animal Husbandry and Dairying promoting the consumption of meat.

Citing empirical research, it is informed that since 2002 six different forms of the corona virus, COVID-19 being the seventh, were found to be carried by animals to humans. However, currently there is no research on what role animal species played in the emergence of COVID-19.

"It is submitted that this research was carried w.r.t. past six SARS CoV even before the present 7th Covid-19 was detected. Now after outbreak of present SARS CoV-2 (Covid-19) no empirical research is made to find out its infections in slaughtered animals/Chickens."

The Sangathan then apprises the Court of the World Health Organisation's (WHO) call to all nations to try and reduce risk of transmission from animals to humans. It is further informed that in February, 2020 the WHO conducted an emergency meeting calling upon nations to identify the role of animals species in the emergence of COVID-19 while also seeking identification of risks related to the trade and consumption of potentially infected animal species.

In this light, it is submitted that the Union Ministry succumbed to the pressures of the meat lobby and prematurely issued the circular when there exists no conclusive research to reject the involvement of animal species in spreading the virus.

"When whole world is awaiting the result of this research, the impugned circular, without any basis, issued by succumbing to the pressure of meat lobby without even assessing the high risk involved, is a very premature dangerous conclusion without any authentic research."

Apropos this, the petitioner seeks directions to the Indian Council of Medical Research (ICMR) to identify the role of animal species in the emergence and spread of COVID-19 while also assessing the risk factor involved in accordance with WHO's call. The plea further seeks directions to the Centre to constitute an independent, non-government High Level Research Committee to coordinate and assist medical institutions in carrying out the abovementioned research.