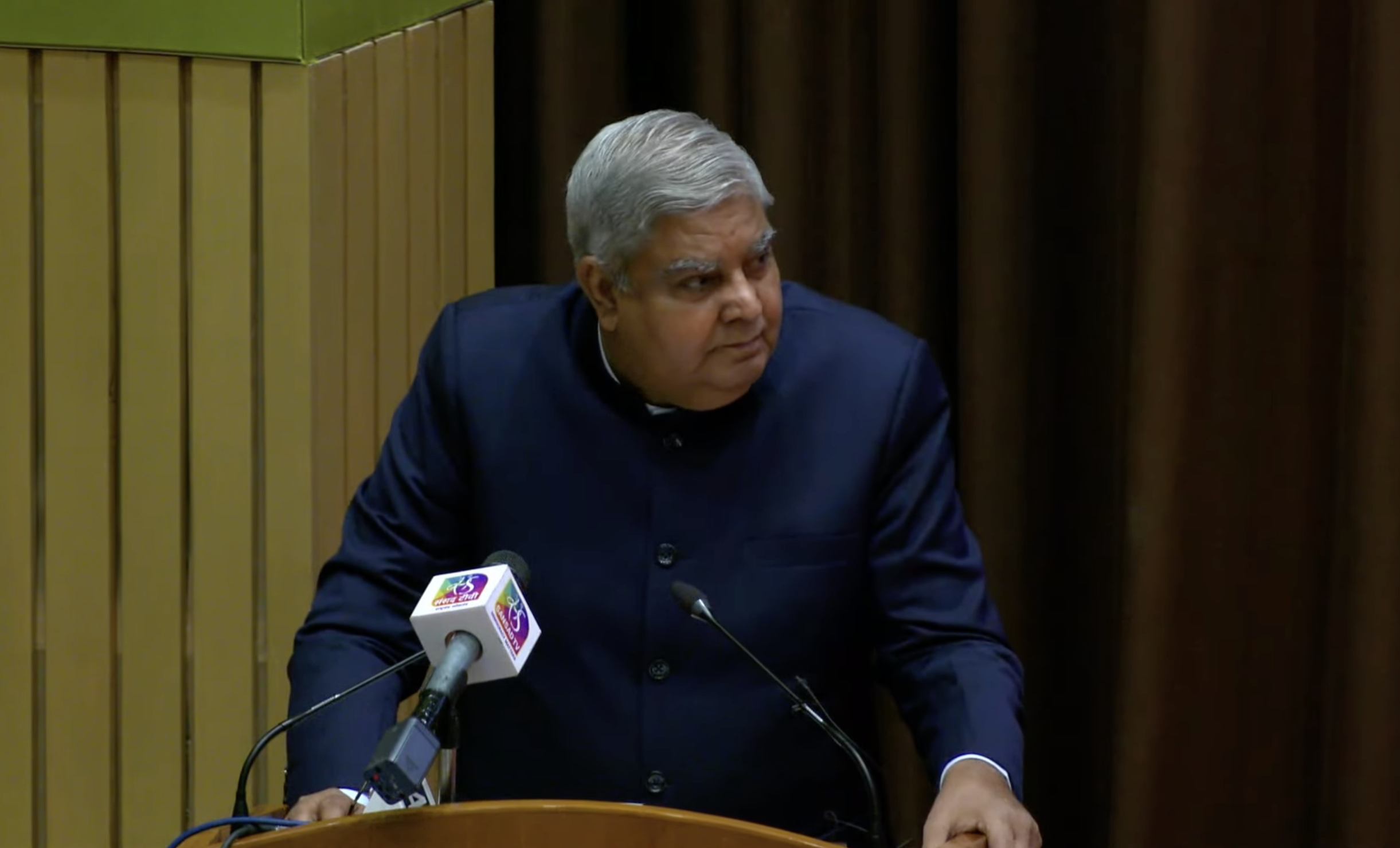 The Supreme Court Bar Association organised a felicitation function in the honour of Shri Jagdeep Dhankhar who was recently elected as the Vice President of India. The Vice President of India, while talking about the dignity of judges being key to the rule of law and Constitutionalism, deplored the practice of targeting judges in public domain.Shri Dhankhar recounted his time as a member of...

Shri Dhankhar recounted his time as a member of the bar and then later as the governor of West Bengal. He stated that an independent judiciary was the best way to ensure blossoming of democratic values in the country. While speaking about judiciary, he stated that–

"Dignity of judges is key and among the fundamental parts of the rule of law and Constitutionalism. Recent unfortunate, pernicious trend of targeting individual judges in public domain calls for exemplary containment. Members of the Bar and the media have a role to play in this."

"Even younger members of the bar at that time, two of them are Hon'ble judges of this court- Justice Ajay Rastogi and Justice Dinesh Maheshwari exemplified wholesome court craft and professional decorum. I got from them much more than what I gave to them."

Solicitor General Tushar Mehta spoke of the academic brilliance, humour and humility of the Vice President, and said that very few in the field had achieved what Dhankar had. Mehta also highlighted that though there were Vice Presidents having some legal background, Dhankhar was the first and only Vice President who exclusively practiced in the Supreme Court. Union Law Minister Kiren Rijiju said that the new Vice President would be an asset for parliament and the country, and spoke on how he would have to handle the Rajya Sabha now.

SCBA President Vikas Singh while referring to Dhankar as a protector of justice for all and a 'kisan putra' underscored that Dhankhar was the second person from Rajasthan after Bhairon Singh Shekhawat to ascend to the second highest constitutional post in India.

Chief Justice N.V. Ramana, in his address at the event, while underscoring Dhankar's legal background, expressed his confidence in the appointment of Dhankhar and stated that while he was going to retire soon, he hoped to watch quality debates in Rajya Sabha being presided over by Dhankhar, on the television.

While speaking about Dhankhar's 'humble background', CJI mentioned that Dhankhar was a son of a farmer and used to walk six kilometers from his village to attend his school. He stated that this evidenced the strength of India's democracy which allowed Dhankhar to reach the second highest office in the country, in spite of hailing from rural background without any political connections. The CJI stated that–

"His elevation is a tribute to our healthy democratic traditions and rich constitutional values. It is testimony to the fact that our progressive Constitution provides opportunities to all, irrespective of caste, creed, religion, region and financial status."

The CJI also spoke about the importance of legal community members in the Parliament and on the contribution of the legal community in India's freedom struggle and in framing of the Indian Constitution. As per the CJI, India framed an outstanding Constitution and flawless laws because the constituent assembly and the Parliament in its early days, were dominated by legal professionals. He stated that legal education, practice and acquaintance with justice system exposed a person to many social realities and gave them a deeper understanding of rule of law and equity. Thus, someone with such learnings entering high office was certainly a value addition. He further noted that–

"Now a days the number of lawyers has dwindled and that space is taken by others. I do not want to comment any further. With Shri Dhankhar ji's experience and guidance from the Office of Hon'ble Chairman, I hope and believe that the quality of laws would certainly improve."

CJI Ramana praised Dhankhar's erstwhile legal practice and noted that despite being a first generation legal professional, his presence was felt in the court room and this eventually resulted in him becoming the youngest president of the Rajasthan High Court Bar Association. While addressing Dhankhar as someone with a proactive approach, CJI Ramana stated that–