[Vijay Mallya-UBL] 'Not Case Where Company Needs To Be Wound Up As Assets Exceed Outstanding Liability', SC Told; All Appeals To Be Heard On Oct 8 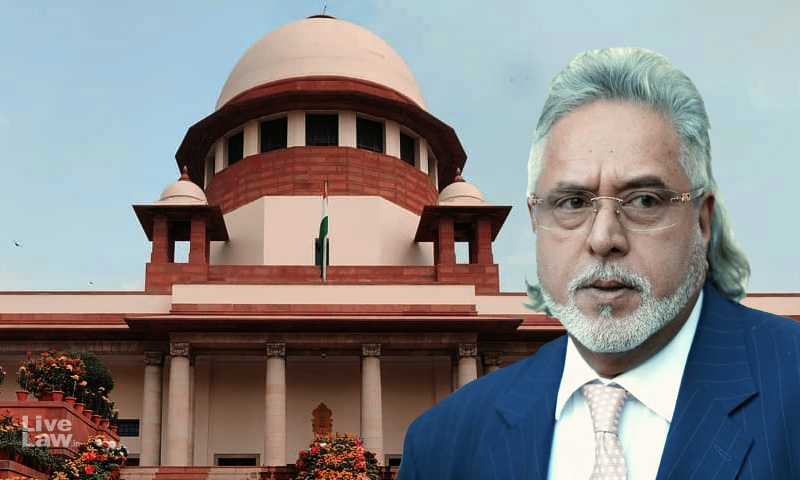 The Supreme Court on Wednesday deferred to October 8 the hearing on the challenge by Vijay Mallya's United Breweries against the Karnataka High Court upholding the order of its winding up.The bench of Justices U. U. Lalit, Vineet Saran and Ravindra Bhat shall also examine whether attached assets of fugitive Mallya's United Breweries (Holding) Ltd. can be used to settle the debts owed to...

The Supreme Court on Wednesday deferred to October 8 the hearing on the challenge by Vijay Mallya's United Breweries against the Karnataka High Court upholding the order of its winding up.

The bench of Justices U. U. Lalit, Vineet Saran and Ravindra Bhat shall also examine whether attached assets of fugitive Mallya's United Breweries (Holding) Ltd. can be used to settle the debts owed to banks, including the State Bank of India.
"The response of the banks has been received...the basic question is that since the company's assets exceed the total debts, the outstanding liability, this is not a case where the company is to be directed to be wound up...Further, the assets are attached by the ED so much so that none is available (to the banks) and hence, the operation cannot be said to be bonafide...the total amount offered is over 14000 crores, and the total amount due is 6203 crores plus interest. But the allocation has been only 430 crores...", began Senior Advocate C. S. Vaidyanathan for the petitioner.
"Further, not a single asset has been acquired since 2009 which was the year when the bank loans were alleged to have been siphoned off outside the country...", he further pointed out.
"Has the order of attachment been challenged?", asked Justice Llait.
"There was an appeal before the PMLA tribunal. It was told that the attachment was for the purpose of satisfying debts...the banks' challenge to the attachment is still pending...not a single asset attached by the ED has been acquired since 2009. The bulk of the assets are by way of shares...", responded Mr. Vaidyanathan.
The bench desired to look at the attachment order. "The company before you is the guarantor. The loan was taken by Kingfisher. Mr. Mallya is also a guarantor. Kingfisher has been wound up....I was operating on the premise that being the guarantor, I have to satisfy the debt...", submitted Mr. Vaidyanathan.
"The PMLA operates on the basis that there are proceeds of crime in your hands...?", the bench sought to know.
"The PMLA Investigation revealed that out of the total amount sanctioned by the IDBI, the major amount was remitted outside of India. It was said to be employed towards payments of aircrafts, spare parts. There was huge variation in these payments, particularly leasing payments, in view of the type of aircraft etc...the PMLA investigation concluded that there is reason to believe that the loan sanctioned by the IDBI is not backed by marketable commodities. Accordingly, the order was passed for provisional attachment on grounds of involvement in money laundering...", replied Mr. Vaidyanathan.
"The properties attached are mostly shares? And they are to be in respect of the same proceeds of crime or different?", asked Justice Lalit.
"Same", responded Mr. Vaidyanathan.
In his turn, Senior Advocate Mukul Rohatgi, appearing for the SBI, argued, "The appeal is totally devoid of merits. It is founded on the allegations of a 'X' director who is saying that so much is due. He has no idea. He is just making allegations as to facts and figures....also, the common winding up order was for others also. But the other appeals are not listed today. So there is no point in taking up only one"
The bench then inquired from the counsel as to how many appeals are there in all and what is the status of those appeals. Upon being informed, the bench decided to list together all appeals arising out of the same winding proceedings and take them up on October 8.
TagsVijay Mallya UBL Winding UP Company Law SBI PMLA ED
Next Story
Similar Posts
+ View more
Law Firms
+ More