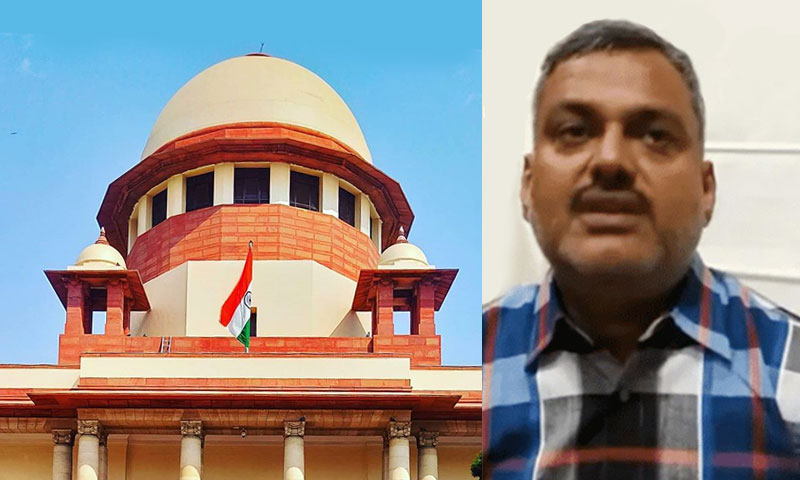 An application has been field before the Supreme Court seeking reconstitution of the inquiry commission set up the Court to probe into the genuineness of the encounter killing of UP gangster Vikas Dubey.

The Supreme Court had on Tuesday approved the constitution of an inquiry commission headed by Justice B S Chauhan, and also comprising of former judge of Allahabad High Court, Justice Sashi Kant Agarwal and former UP Director General of Police, KL Gupta, to look into the matter.

The Applicant, Advocate Anoop Prakash Awasthi has urged the Top Court to replace ex-DGP Gupta with some other ex-DGP from the State, imputing allegations of bias.

He has annexed certain news reports where Mr. Gupta has expressly told the media that the police version of the encounter should be accepted on "face value".

"The edifice of a just and fair investigation would shake if there is any real likelihood of Bias or reasonable suspicion of Bias," the plea states.

He has submitted that it an internationally recognized common law principle that even a "remote likelihood of real bias" can vitiate the entire proceedings and has therefore urged the Top Court to reconstitute the Committee "to uphold the public confidence in the rule of law".

He has suggested that names of Former DGPs Sh. IC Dwivedi, S. Jaweed Ahmed and Sh. Prakash Singh may be considered for this purpose.