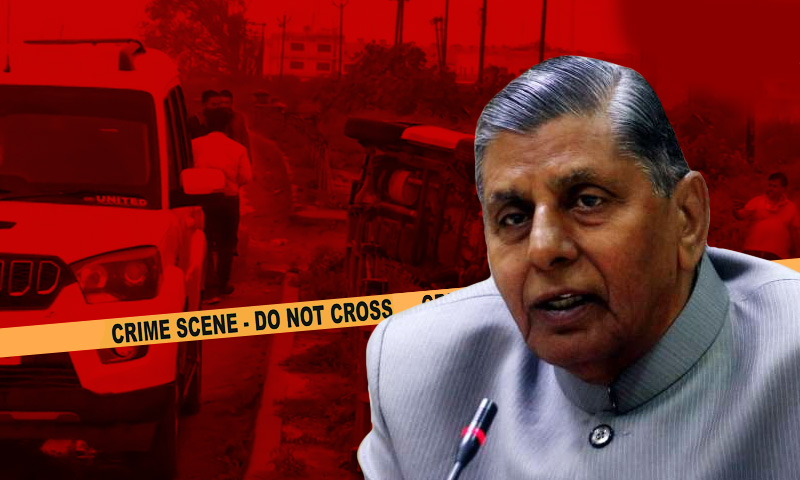 A plea has been preferred in the Supreme Court seeking directions to scrap the inquiry commission constituted by Supreme Court to probe into Vikas Dubey Encounter Case and issue contempt proceedings against state functionaries for allegedly suppressing true facts about the members of the commission.Advocate Ghanshyam Upadhyay has filed a fresh application alleging "fraud of high...

A plea has been preferred in the Supreme Court seeking directions to scrap the inquiry commission constituted by Supreme Court to probe into Vikas Dubey Encounter Case and issue contempt proceedings against state functionaries for allegedly suppressing true facts about the members of the commission.

Upadhyay has stated that recent facts have come to light which cast aspersions on the independence of the members so appointed.

As regards the appointment of Justice BS Chauhan, Retd. Justice of the Supreme Court, he alleged close connections of the judge with the ruling BJP Government based on an article published in 'The Wire' titled 'Family Ties of Former DGP, SC Judge Cast Conflict of Interest Shadow on Vikas Dubey Probe'

In light of this, the plea contends that "aforesaid two members of Judicial Commissions are disqualified from being part of the commission on account of conflict of interest and bias or likelihood of bias on their part".

The plea goes on to state that the conduct of the State and its functionaries of concealing "vital material facts which go to the very root of the matter" need to be viewed seriously by the Top Court.

This, the plea contends makes it discernible that the aforesaid two members are in "active collusion and connivance with the State administration" since BJP is the ruling party in UP and the Chief Minister is alleged to be involved in fake encounters of six accused and "appears to have provided all support to UP Government in contesting the issue pertaining to an independent inquiry into Dubey's killing.

Upadhyay states that not only the aforesaid two members but Shri Shashikant Agrawal & Ravinder Gaur must also be removed from the commission as the "State administration cannot be trusted anymore" and the Judicial Commission/SIT needs to be wholly reconstituted afresh by the Court.

"Since the aforesaid members on account of their conflict of interest and being likely to be biased, are disqualified from being members of the Judicial Commission and that being the case, it is not only desirable but also necessary in the interest of the justice, good conscious, equity and fair play that they are removed from the Judicial Commission/SIT and substituted with persons suggested/named by the Petitioner"

The plea also delves into the issue of discerning what constitutes bias by stating that the "likelihood of bias" but be paid heed to.

Upadhyay had earlier filed an application seeking removal of K L Gupta from the Commission alleging that he had issued press statements supporting the police version of the encounter and was therefore biased. On July 28, the SC dismissed that plea, observing that after considering Gupta's statements in their entirety, no right minded person would think that he was biased.

It was on July 22 that the SC constituted the committee and appointed former SC judge Justice B S Chauhan to lead it, acting on a writ petition field by Upadhyay..

The names of the committee members were proposed by the Uttar Pradesh government. Justice Sashi Kant Agarwal, a former judge of the Allahabad High Court, is the third member of the commission, apart from Justice B S Chauhan and K L Gupta.